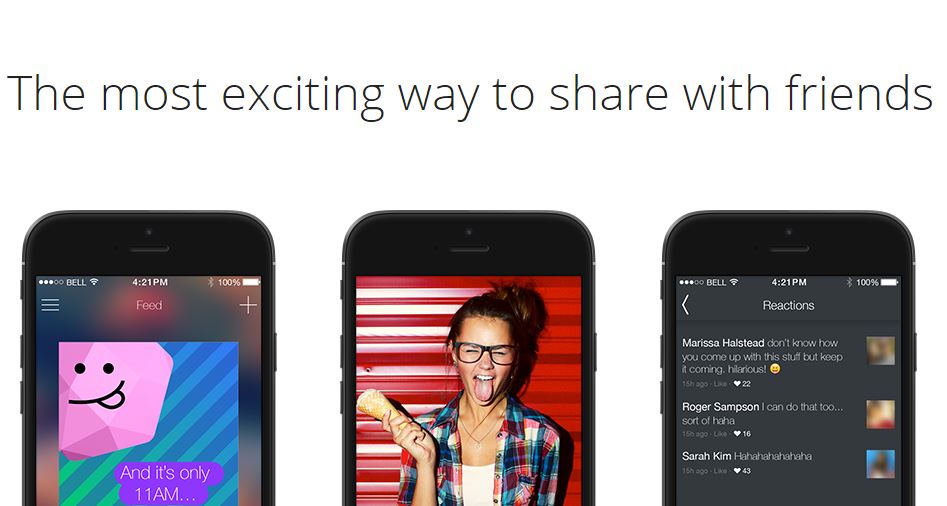 Reveal Coin is a revolutionary new crypto asset working on top of the Bitcoin protocol supported by a social network application. It will be the most exciting way to share with friends and followers. Every Reveal is a fun surprise a full screen image or video hiding behind a creative cover. Users on the sharing pictures and image content will be rewarded with Reveal coin which can later be traded by bitcoin.

The developer team will give every user a free wallet to hold their RVL and trade on Stellar’s open source, distributed exchange. The team has chosen Stellar because it provides math­based security and distributed consensus with negligible transaction fees and confirmation times of only a few seconds. The desire to avoid high transaction costs led the team to explore other implementations for the “banking layer” of Reveal Coin.

Reveal Coin is a network token issued using a Bitcoin 2.0 protocol known as “Open Assets”. The Open Assets Protocol is the technical specification underlying other “Colored Coin” platforms, such as Coinprism, Assembly Coins, CoinSparks, and Chromawallet. While a variety of other platforms for user­defined crypto­assets are under development (including Counterparty, Ethereum, and Hyperledger), the Reveal team believes Open Assets offers a unique combination of features and stability that make it the right choice for Reveal Coin.

By building directly on the Bitcoin block chain, the team maintains forward compatibility with sidechains and other blockchains, as well as enables support for more complex use cases like micropayment channels and transaction aggregation.

Reveal Coin is an asset with ID 3K55U46RSsHhzZESyWch1FuYy1gCLypBYm on the Bitcoin block chain. Reveal Coin is an indivisible, single­issue asset with quantity 52,000,000,000, and is held by address 164EF9Hk35MpGHFKBhMdAzrYRFkZrNwufj prior to distribution.
With Reveal the users will control how long their content stays up, and by default the pictures and videos attached to the users comments disappear after 24 hours, however the user will have total control over his content and can reveal his content anytime the user wants. Besides introducing a new crypto asset, Reveal is also introducing a new social networking concept.

Reveal Coin is the only way that advertisers will be able to purchase ads on Reveal. This means that the platform entire advertising revenue will be tied to these coins, and advertisers will have to buy these coins from whoever holds them. The team’s hope is that RVL becomes more valuable over time, as the network grows and demands from advertisers increases.

Users can claim 1,000 RVL just by creating a free wallet. After that there are two ways to earn more RVL. First, users will be able to invite their friends to Reveal using their referral code. Second, they can share awesome content and get some likes. Both of these actions make Reveal better for everyone growing the size of the community, while ensuring that there is always lots of high quality content for everyone to enjoy.

The Reveal coin team is issuing 52 billion RVL, and only 52 billion RVL will ever exist; it can’t be faked, and more can’t be issued. Over time, 12 billion of those RVL will be distributed between the users. 10 billion of those will be released on a geometrically decaying schedule, with 50% being distributed in the first year. This means that the sooner you users start contributing, the more they earn.
Unlike Bitcoin, there is no computational “mining” process for Reveal Coin. We are also not selling any portion of Reveal Coin as part of a “pre­sale” or other fundraising mechanism.
Instead, Reveal Coin is distributed to users based on their contributions to the network. As part of our launch, the team allocated 2 billion RVL for their launch giveaway and referral programs. An additional 10 billion Reveal Coin will be distributed weekly on a geometrically decaying curve to users according to their contributions.

In designing the coin distribution plan the first big question was how much RVL to give out to users. In thinking about this, the team’s goal was to distribute as much of the coin as they possibly could without jeopardizing the long term sustainability of the company. With all of the project’s future ad revenue tied up in this coin, the team was concerned that if it was giving away too much it may not be able to attract investors, or in the long term, cover the costs of operating the business.
The team created a fixed number of Reveal Coin (52 billion), and it is not possible, even for them, to issue more. Over time, 12 billion (23%) of these coins will be distributed to users and 40 billion (77%) of these coins will be owned by the company (i.e., they will be indirectly owned by the company’s founders, employees and investors).
Reveal Coin (RVL) will be a digital asset, much like Bitcoin. It’s built on the same network as Bitcoin, so it has all the same benefits, ultra secure, easy to trade, and publicly verifiable. Reveal Coin will be a revolutionary new way for every user to share in the team’s success based on their contributions. It is a bright and innovative new promising project and the developers are sure that the possibilities it brings are endless.