A rising coin with a becoming more popular centric of privacy, is Shadowcoin. I was able to talk to the main developer over at Shadowcoin, and here’s is what he had to say.

To establish Shadow as the ultimate P2P privacy solution for anything web-related – the anti-Google if you will. Anonymity is our primary focus, so we want people to be able to talk, shop, browse and publish knowing they can do so safely and privately.

2. How does it plan on reaching that goal?

Adoption. We aim to introduce an entirely new generation to crypto by offering them the applications and services they’ve come to rely upon whilst giving them the ability to sidestep overbearing and intrusive online surveillance programs.

For example, over the last few weeks we’ve introduced ShadowGO, the first iOS and Android wallets to support staking as well as encrypted messaging and anonymous transfers (using ShadowSend).

Shadow is one of the few projects that provides a real alternative to existing centralized solutions. For example, we’re adding voice, video and file attachment support in our next ShadowChat update – combined with ShadowGO – it offers a discreet mobile communications alternative to Skype, WeChat, WhatsApp and even E-Mail. ShadowChat messages are instant, so that puts it beyond existing P2P solutions such as Bitmessage. It’s also more secure than other privacy-focused platforms such as BlackPhone, Bleep or ProtonMail because any proposed attack on an individual would require an attack on the entire network.

Within our own team we believe reaching this goal will take discipline, passion, dedication and lots of hard work (R&D). More importantly, building the Shadow community around the belief in these same core values will eventually move Shadow towards its end goal. 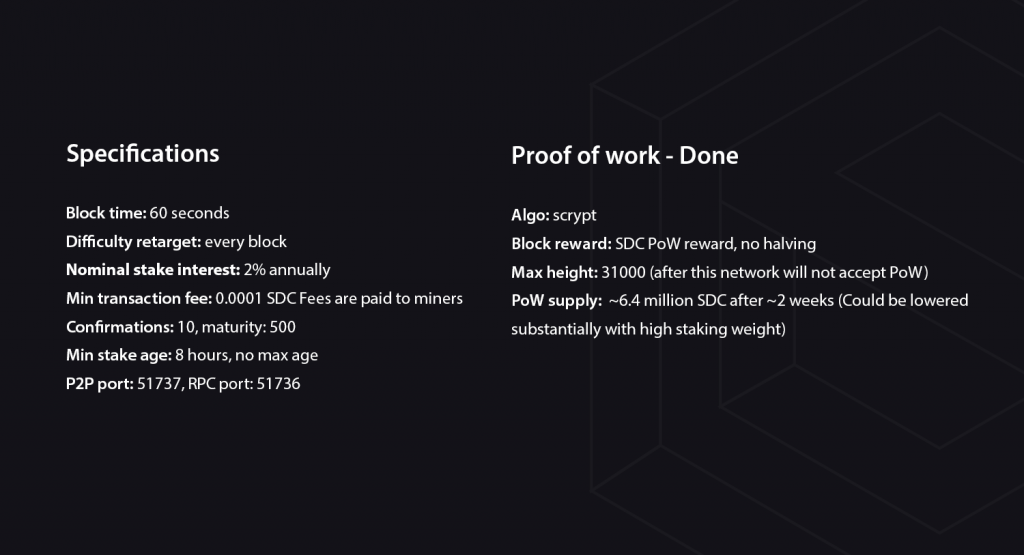 3. How does your privacy methods differ from other methods?

Our solution (ShadowSend) is completely trustless and it allows automatic creation of new addresses for each transaction. It does not rely on any other nodes to deliver the transaction, so it’s instantaneous. In addition, the transaction sizes are small, so blockchain bloat won’t be an issue.

Furthermore, with our upcoming trustless zk-SNARKs implementation, coin values will be hidden on output transactions to stealth addresses and a proof will be included in the transaction. The benefit of having the values hidden in transactions: no one would be able to trace outputs back to the Coinbase.

4. In the competitive struggle, why do you believe your privacy-oriented crypto will come up on top?

While competing technologies might be viable, they lack rigorous academic review. There has been a significant amount of university level peer review on zk-SNARKs, which is also ongoing research and development. It’s evident that zero-knowledge is a very important requirement for future technology platforms.

One of our major competitive edges is Shadow’s entire development team is located in-house and the project is community-driven. The team consists of 4 other developers, one of whom is a veteran cryptographer and another who doubles up as our graphic designer. We don’t believe in outsourcing our work; however, anyone is welcome to contribute to the project.

I’ve noticed most of the failures in crypto stem from a non-technical project manager outsourcing development. Investors are at the mercy of the project manager’s experience or the PM run out of funds, progress grinds to a halt and the community lose out. Everyone on the team is contributing to the Shadow Project because of their passion to innovate, not because of a lust for profits. We’ve attracted a strong community so far with these principles and we believe it will only get stronger the more that we deliver.

We are constantly developing new cycles. Shadow’s current milestone is our lite wallet implementation. ShadowLite will enable stealth transactions and staking with minimal sync time. If you’ve used multi-bit before, then you’ll find yourself at home.

We’re taking an A-to-B approach with Shadow’s roadmap. We only announce projects after they’ve entered the testing cycle. There’s too much hype in the crypto space about what’s coming down the road. We’re focusing on what’s being delivered right now.

The writing is on the wall. We are building our core first, then the real innovation starts. For the latest updates follow us on twitter @SDcoin and come hang out on our forums at www.shadowhangout.com 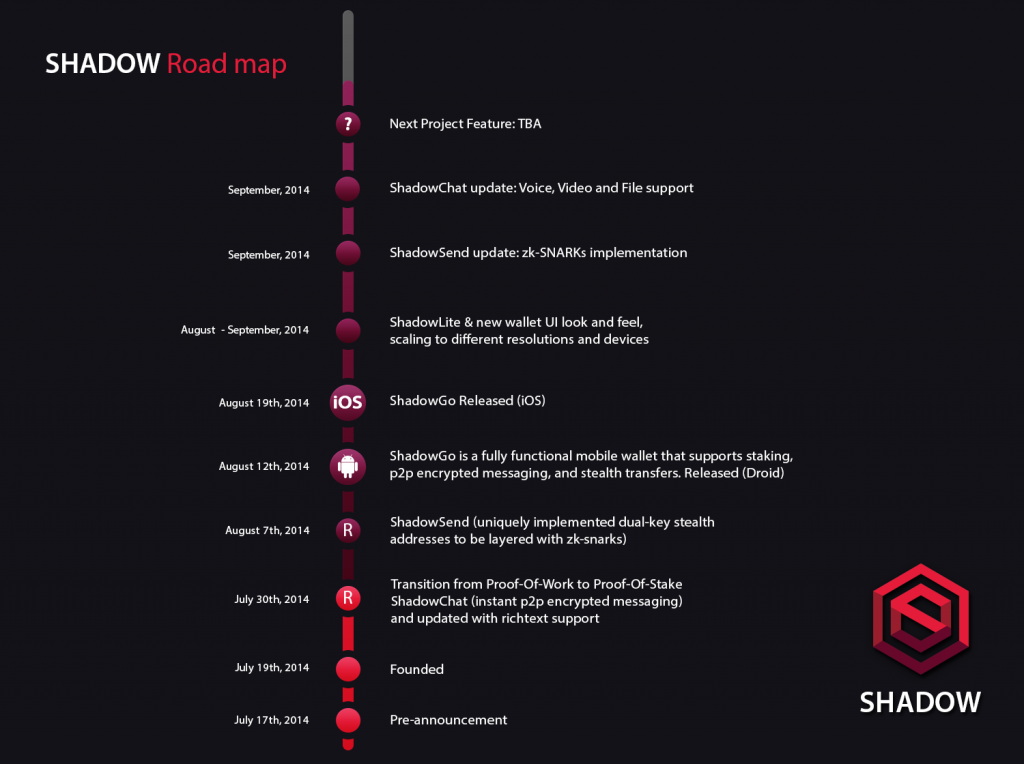