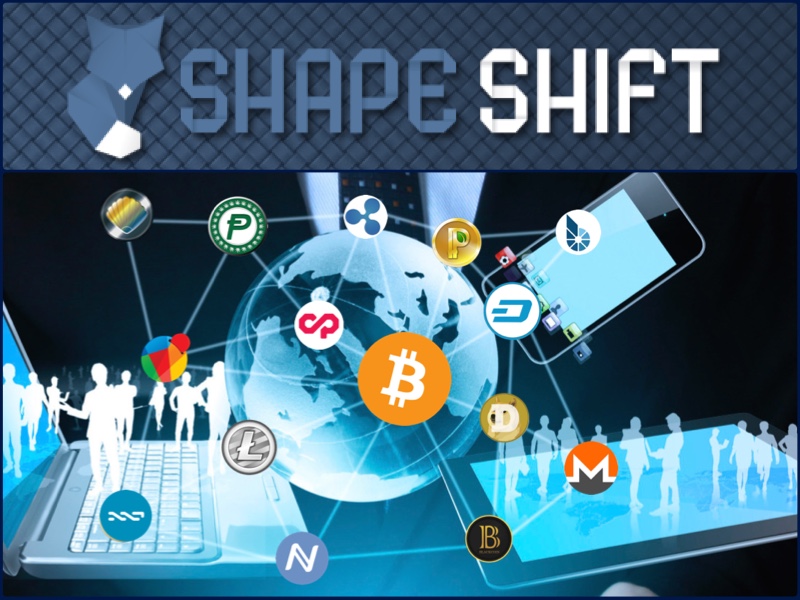 ShapeShift.io is an instant Bitcoin and altcoin exchange innovative service. The exchange platform is very popular within the community for allowing users to trade their altcoins instantly without having to register or create an account. Shapeshift.io also allows merchants to receive various cryptocurrencies and trade them for their digital asset of choice.

Since the beginning of this year, Shapeshift.io has been vigorously growing and introducing new options almost every week.  Shapeshift.io continues to work hard on expanding as well, recently announcing the addition of three new cryptocurrencies to its platform.

The new additions to the platform were Monacoin (MONA), Vertcoin (VTC), and Infinitecoin (IFC). With these three additions, ShapeShift’s list of supported digital assets stands at 35 different currencies.

Shapeshift.io seems to have made a good choice by introducing these new coins, since most of them have been having a lot of market traction.

Vertcoin (VTC) was also one excellent choice made by the instant exchange. This coin was the first of its kind and is currently traded at $0.142915 with a 24h volume of 177BTC. These last few days Vertcoin is bee having a big rise.

Infinitecoin (IFC), another great choice from Shapeshift.io. Although IFC is not so popu

Shapeshift.io has been adding a lot of new coins to the platform, making sure that its options are up to date. The latest partnership with Tether even allows customers to do instant transactions with a fiat-pegged token.

ShapeShift is still growing rapidly every day, and has committed to rolling out more features over the coming months as well as adding new coins.

ShapeShift.io is primarily intended to be used as an API. The exchange API is open source, and anyone is allowed to use it. Developers and entrepreneurs can contact the exchange to discuss ideas or further options for use.

ShapeShift has been very active lately, do you like the things it has been doing? Let us know in the comments below!