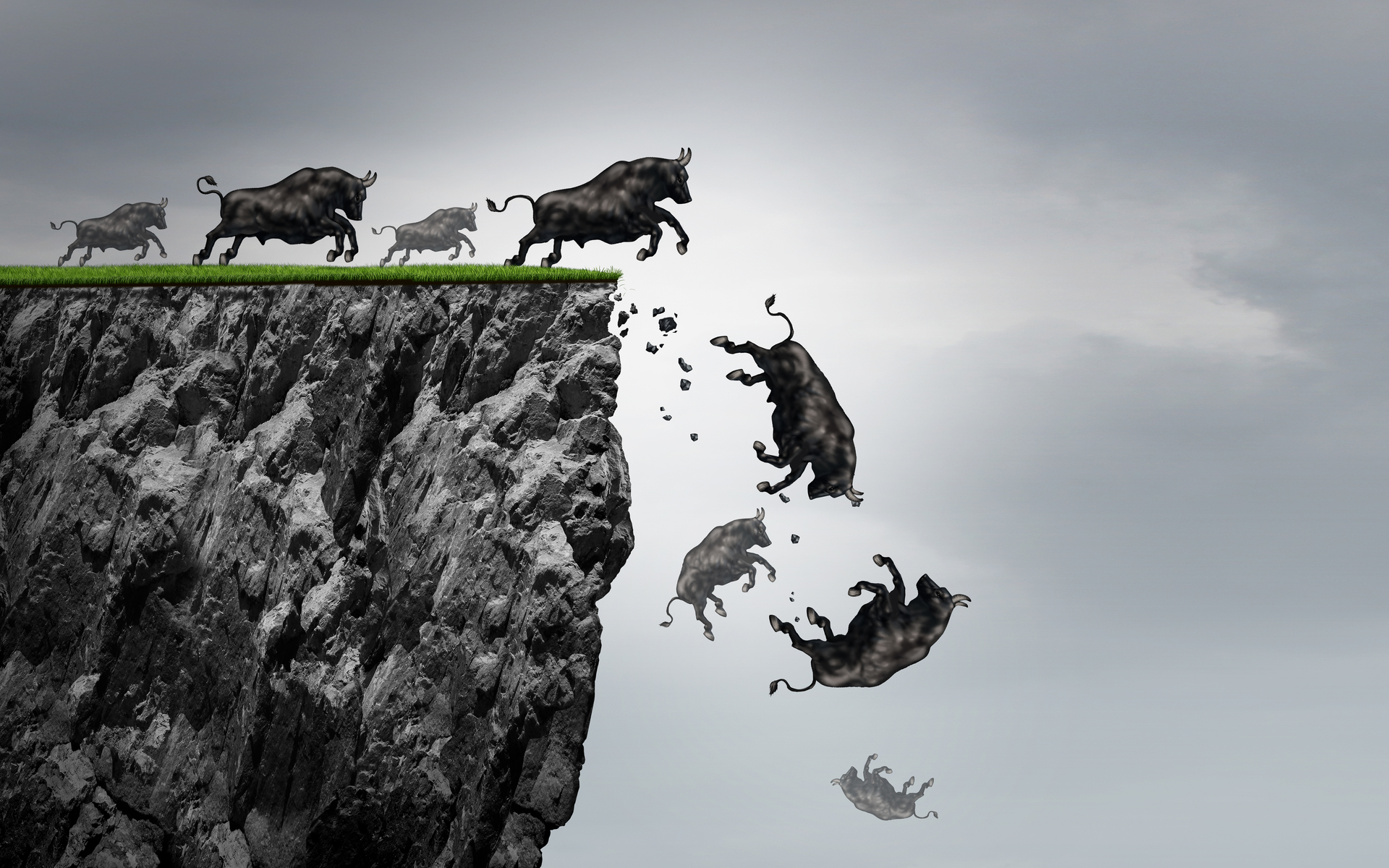 Stock and Oil Markets Unravel Further, is Bitcoin Next?

Stock and oil markets extended their decline to new lows on Wednesday, as investors are in a rush to cash in amid the COVID-19 pandemic. Bitcoin has shown a striking correlation to the stock market during the last few weeks, but it has ignored today’s crash, maintaining above $5,100. Will it manage to resist the pressure?

Recently, Bitcoinist pointed out that Bitcoin’s performance often followed Dow and S&P 500 indexes, which are the most representative for the US stock market. However, the largest cryptocurrency has moved sideways since last Friday, showing unusual stability amid significant losses recorded by traditional assets.

The S&P 500 fell almost 8% as of 6:35 PM UTC, updating the lowest level since February 2017. Elsewhere, Dow Jones slipped nearly 10% to the lowest since November 2016. Both indexes have lost about 30% from their February highs.

The oil market also tanked again, at this time touching the lowest level in over 18 years. Brent futures tumbled over 11% at the time of writing, while WTI futures crashed over 22%. The two crude brands are currently trading at $25.40 and $21.28, respectively. Oil prices started to decline after Saudi Arabia effectively declared a price war against Russia, thus dissolving the OPEC+ alliance. The world’s largest oil producer cut its official oil sales prices and increased production in a period when oil demand sinks.

Investors are dumping even those assets that have normally acted as safe-havens, including gold, silver, and government bonds. This demonstrates that everyone is looking for cash. The irony is that even cash is devalued, as central banks are cutting the interest rates in a coordinated effort and pumping money through quantitative easing.

According to Peter Boockvar, chief investment officer at Bleakley Advisory Group, the selling of government bonds proves the market’s attitude has made a u-turn. He told the Wall Street Journal:

Now that they’ve gotten around to U.S. Treasuries, that tells you that legitimately nothing is safe. There’s no place to hide other than cash.

Is Bitcoin a Good Refuge?

Bitcoin has declined over 1.5% in the last 24 hours, according to Coinmarketcap data, but that is a minor move for the digital currency.

While the king of crypto could oppose today’s market carnage, it may test fresh lows tomorrow or in the coming days, because the panic doesn’t seem to have a bottom.

It’s happening so fast, it’s almost too much to grasp at this point. It’s at the point where if you check the futures at nighttime and you’re not limit down, it’s a relief.

#Bitcoin’s price floor is $2K, while $2.8K should not worry traders if it appears in the next few weeks or months, says Tone Vays. This is complete nonsense. 3k is the floor and if we break below then it's down to 1k.#BTC $BTC #ToneVays

It remains to be seen whether Bitcoin will act as a safe-haven when the panic squeezes the markets even more. On BitMEX, March 27 and June 26 futures are trading above $5,200, which shows that investors are still confident at this point.

However, the only certain thing is that nothing is safe at the moment. Yet, even if Bitcoin is about to test new lows, it will be the first asset to bounce back when the panic goes away. It means that we can get it at a discount price now.

Do you think Bitcoin will drop below $5,000 later this week amid the general panic? Share your expectations in the comments section!