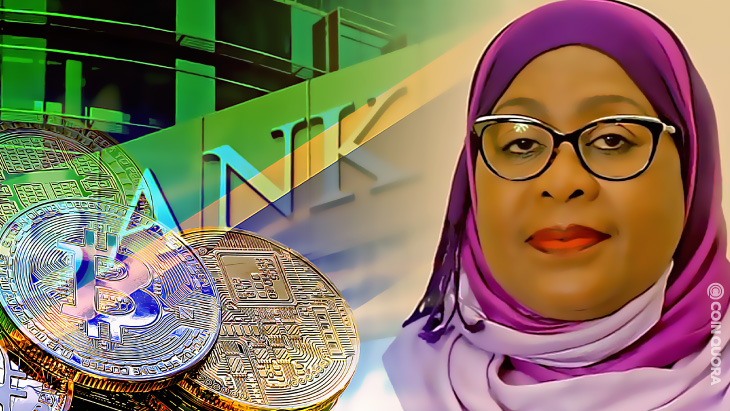 by Best Owie
in Bitcoin, Altcoins
0

Following the recent events of El Salvador’s President Nayib Bukele announcing the acceptance of Bitcoin as a legal tender, this has sparked a domino effect of other Central and South American countries showing interest in implementing such in their countries. In light of this, Tanzania’s President Samia Suluhu Hassan has expressed that she does not wish for her country to get left behind.

Africa has been a hotbed for crypto for a number of years now. Paxful last year released reports that the West African country Nigeria was its 2nd largest market behind the US and Kenya being 8th on the list.

Despite such willingness in the part of African citizens to embrace cryptocurrencies, the leaders have not been welcoming of these new developments. P2P transactions are still the main mode of buying and selling cryptocurrencies in the continent.

President Hassan, while speaking at a Bank of Tanzania function this week, called for the country’s central bank to be ready for crypto acceptance. Acknowledging the increased use of cryptocurrencies all across the world. In the talk, the President alludes to the fact that East Africa has been slow in the acceptance of cryptocurrencies.

The President made further said that developing this technology is important. Explaining that crypto acceptance will help make sure the country is prepared for future changes.

Why Tanzania Should Work Towards Crypto Acceptance

Speaking on the development of blockchain adoption, President Hassan said; “We have witnessed the emergence of new journeys through the internet. My call to the central bank is to start working on that development.”

Hassan expressed that throughout the nation, there has not being any significant acceptance or adoption of cryptocurrencies. She also urged the country to use Bitcoin for more than just P2P transactions.

There is no doubt that crypto adoption is moving fast. Companies like Tesla started accepting Bitcoin purchases. Others like DraftKings have come out to say that they would like to add cryptocurrencies as a method of payment but are being held back by regulations in the states where they currently operate.

Related Reading | Why Paraguay Could Follow In El Salvador’s Steps

African leaders never seem to be at the forefront of advocacy digital currency adoption. Countries like Nigeria outright banned digital currencies but the citizens are never far behind the rest of the world. It is either left for the financial institutions to either keep up or get left behind.

Nigeria alone traded $99.1 million in Bitcoin in Q1 of 2021. It is the largest P2P Bitcoin market in Africa. Kenya ranks second on the continent with $38.4 million. With Ghana and South Africa claiming the third and fourth positions with $27.4 million and $25.8 million respectively.

Countries who grab the opportunity in using crypto as an advancement towards economic development has always been the focus of the crypto world. No doubt this will continue.