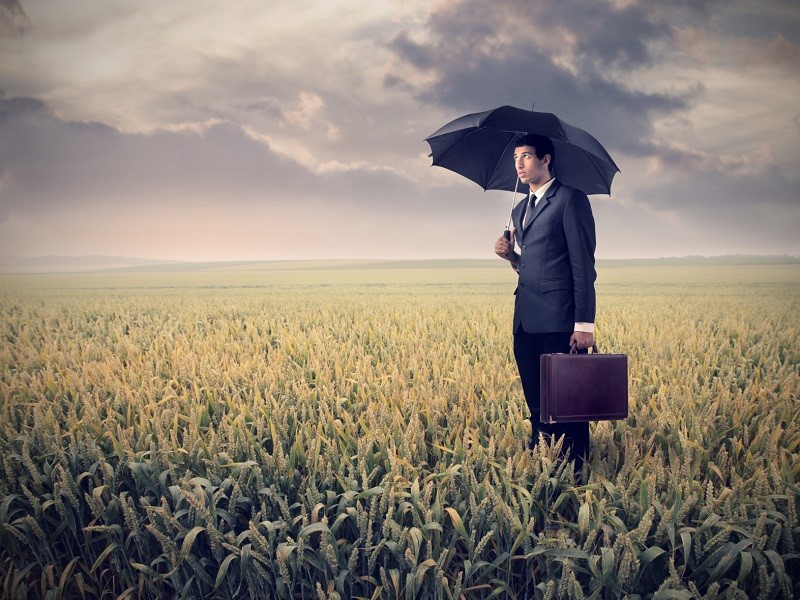 Bitcoin remains at the same price level from last week, reinforcing the $600 support area for the entire new cycle. Meanwhile, technical analysis indicates that bullish consensus is getting stronger, increasing the likelihood of a rally from $650 to $820. 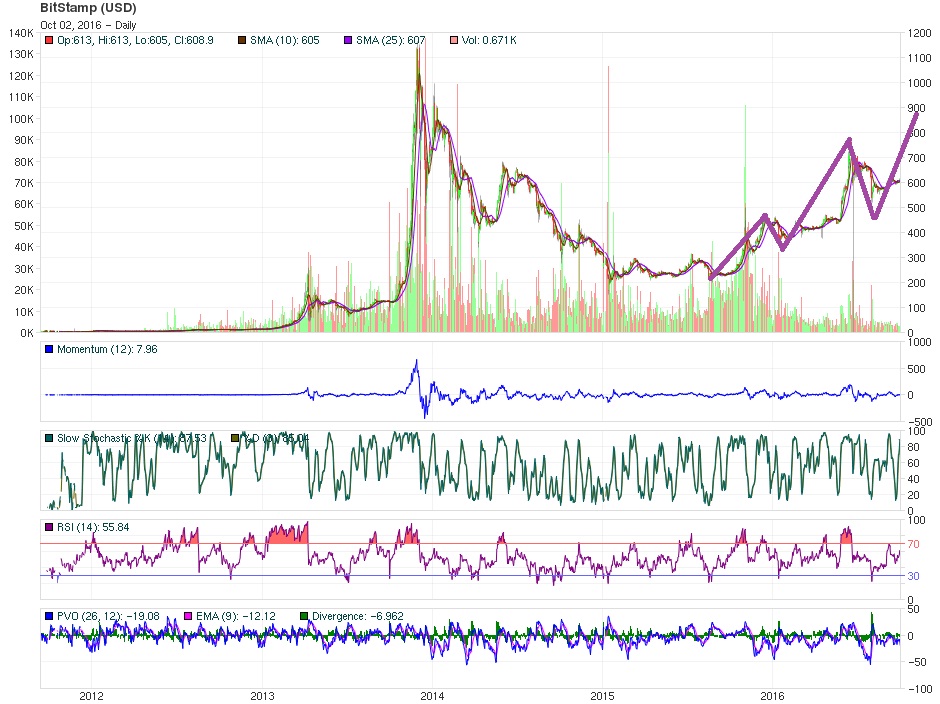 5th Elliott Wave forecasting, based on Fibonacci numbers, could be calculated to the technical objective around the $820 area, where several theories point to the delayed next stage.

From there, a technical correction should send prices back to $700, giving stragglers a second chance to recalculate their strategies to join. After another lateral market like the current one, the next upward movement will go far beyond the $1200 zone for the end of 2016. 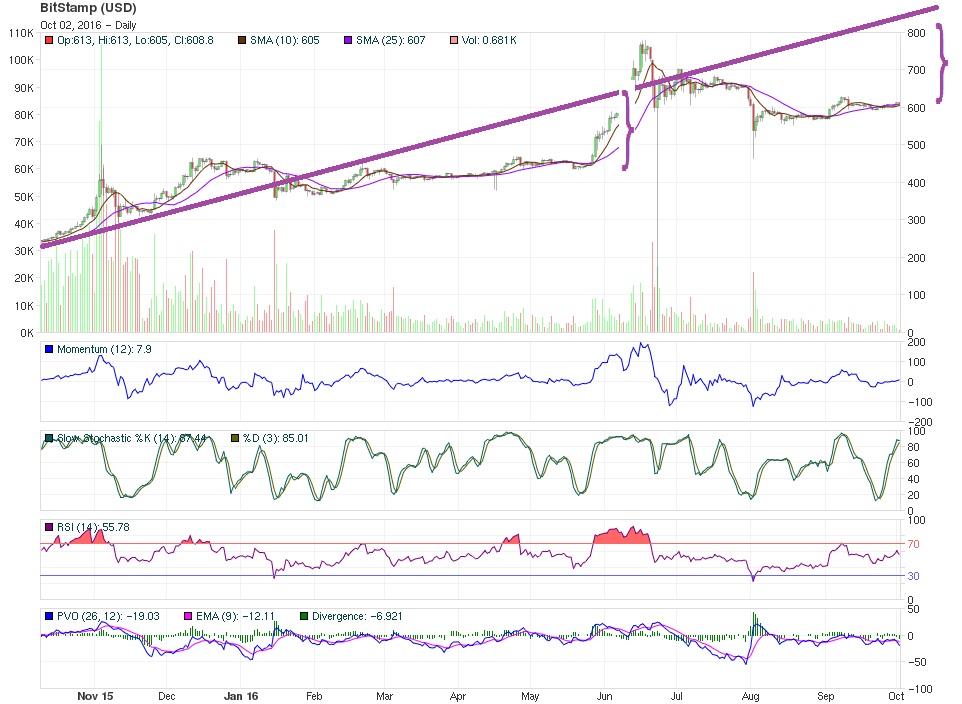 Price volatility will increase and quotes could get back to their current technical axis, attracting the action to a smooth rising line that sometimes causes technical corrections to the up side— like what happened in late May 2016.

This synchronization, now backed by mathematical indicators, could work as a technical trigger that would drive prices first to $650 and from there to the $820 stage. 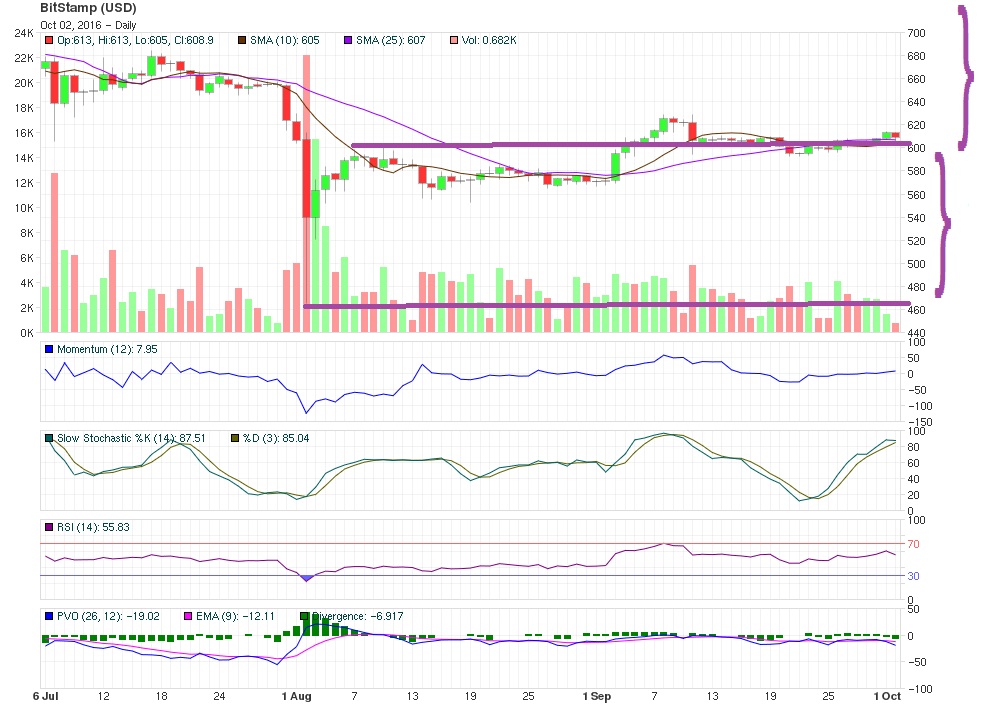 A theoretical technical trigger could be expected in the $620-$650 range.

The same field prices that recovered last month could be analyzed as the size of the next upward movement to reach higher figures involved in other mass psychology signs—reflected in volume oscillators and world capital markets philosophy.

Staff opinion: We believe that the current lull in bitcoin price activity will eventually give way to a relatively large increase in the bitcoin price. This prediction is backed by the support seen at the $600 level, allowing the price to resist the fall below $600 a few days ago, and the subsequent rise into the $610s.

What do you think will happen to the bitcoin price? Is a huge bull run on the horizon? Let us know in the comments below.