The Vanbex Report: The Future of Fintech

Feb. 29, 2016 — Fintech, fintech, fintech. The portmanteau spanned headlines around the world this past week, as it has the past couple of years or so. 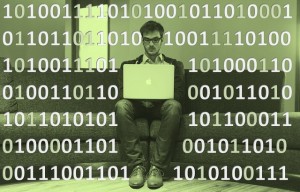 Fintech refers to financial technology and applies to a segment of the technology startup scene working to affect change in mobile payments, money transfers, fundraising, loans, asset management and more.

Attached to all of this is blockchain technology, itself a sweeping phenomenon as the largest financial institutions in the world, regulators and government onlookers see advancement, or recognize the potential for advancement, in banking and asset exchange.

This particular fintech development, a build-out of Bitcoin’s underlying transactions network, could mitigate the need of a central authority and effectively shave costs to the tune of billions of dollars.

In turn, billions of dollars of venture capital has flowed to over 120 blockchain-related startups alone, with half that amount having been invested in the last 12 months.

The Economist reported in May 2015 that fintech firms in general “attracted $12 billion of investment in 2014, up from $4 billion the year before,” and global investment hasn’t since ebbed.

From the U.S. to Australia, Europe through to Asia (Singapore’s the brightest example), the Middle East and Africa, attention on financial technologies of the future has skyrocketed.

In the U.K., the so-called “Fintech Capital of the World” by Business Insider (BI), VC investment into fintech firms was up 35% through 2015, having reached close to a billion dollars ($901m), according to figures released by Innovate Finance, an independent fintech organisation.

The advent of fully licensed digital banks in the U.K. like Atom, Mondo, Starling and Tandem as well as “neobanks” such as Moven and Number26, which offer a mobile-first experience in partnership with a traditional bank, are definitive signals of a shifting of the guard.

Credit must also be handed to the U.K. government and its ability to (so far) successfully and progressively handle the cutting edge industry.

The fintech industry is demonstrating that the barriers that once existed in banking, in business, no longer hold such firm grip in an online and ever-increasing globalized world where access to consumers and consumers’ access to products and services lives at their fingertips in the era of smartphones. Choice is shifting control, which figuratively and literally sits in the hands of the consumer.

Australia’s Prime Minister Malcolm Turnbull and Treasurer Scott Morrison, in a joint statement, said “FinTech is at the cutting edge of innovation and will help to deliver more efficient financial markets and more customer-focused outcomes for consumers.”

Andrew Meola of Business Insider stated: “We’ve entered the most profound era of change for financial services companies since the 1970s brought us index mutual funds, discount brokers and ATMs.”

Retail banking (as seen in the U.K. already ), lending and financing , wealth and asset management, markets, exchanges , insurance, payments and transfers are all evolving from their traditional architectures into, well, we’re not really sure yet.

The mad rush by the world’s largest financial institutions to take hold of the glimmering change blockchain technology has the potential to provide is just a microcosm of the fintech boom as a whole, which, given its disruptive nature, stands at the precipice of political and public acceptance.

The resounding or perhaps definitive question is where will regulators help push this battle.

The G20’s Financial Stability Board (FSB) announced on Saturday that it may seek to provide rules “to prevent “fintech” innovations from destabilizing the broader financial system.”

What that means will remain to be seen.

Fintechs will certainly hope the approach taken is one similar in the U.K., which is open and progressive, which has set the nation apart and even ahead of the U.S., Australia, Hong Kong, Germany, and Singapore, as noted by Sarah Kocianski, senior research analyst for BI Intelligence.

But the fintech industry is miniscule compared to the global financial system and their interests. It is for this reason regulators may not want to see the “system” being turned on its head, especially when the global economic outlook is as precarious as it is with gradual growth projected for 2016.

Nevertheless, the corporate war to understand and dominate the financial technologies of the future certainly wages on.

Whether fintech startups succeed is as arduous a task as uplifting the status quo, because that’s precisely what it is.

The fear is that traditional establishments will swallow up innovations for its own purpose and increasingly force its conventional model onto the presently unconventional technologies of tomorrow.

Regulation, nationally or globally, could spell death for the survival of fintechs, what side of the war they choose to back, if any side at all, remains in the balance.

One thing is certain, The Vanbex Group will be eagerly awaiting the FSB’s announcement in the near future.

Here were some top news stories from this past week:

In an article published by Fortune it was revealed that, for the first time, regulators at the global level have begun taking a hard look at the fintech industry.

The G20’s Financial Stability Board (FSB) stated on Saturday it may seek to provide rules “to prevent “fintech” innovations from destabilizing the broader financial system.”

What this entails for the industry at large is still hard to say.

However, the FSB has set a timeframe, saying it will announce findings and any pursuant or possible initiatives as soon as March. according to Chairman Mark Carney.

Last week, the Wall Street Journal ran a story that JP Morgan Chase, the largest bank in the U.S., is already testing U.S. dollar transfers via its experimental blockchain.

The trial, which has gone on for the past few months, is reported to consist of over 2,200 clients located between London and Tokyo.

JP Morgan has been in the headlines almost weekly showing a significant interest, if not outright commitment, to establishing a functional blockchain.

As reported by Nasdaq on Feb. 22 it was stated that, “ J.P. Morgan plans to increase its technology spending to around $9.4 billion from roughly $9.2 billion, while working to allocate about 40% of that budget to new investments and technologies, up from 30% currently.”

It’s clear the banking and financial services giant doesn’t wish to wait in the wings but will proceed to try to stamp its ground in the latest fintech, and already breaking ground with blockchain technology.

Without incentive to compensate network Chou says technology not effective

While not necessarily top news, the announcement made by Paul Chou, CEO of LedgerX and bitcoin advisor to the U.S. Commodities Futures Trading Commission (CFTC), is certainly eyebrow raising.

Chou stated, as reported in cryptocoinsnews.com, that without an incentive to compensate a wide network, blockchain will lose its effectiveness.

This bears some significance to the debate and overall adoption of Bitcoin and its Blockchain over alternatives.

While Chou is not without bias (see LedgerX), his advisement to the CFTC could bring Bitcoin closer to regulation under the CFTC, which will work to establish a legal, U.S.-based derivatives market for the cryptocurrency and will ultimately aid in its growth.

A small group of leaders involved in blockchain technology —  developers, CEOs, investors
early adopters — will meet Feb. 26 to 28 for a private retreat at an undisclosed location in North America. It is limited to 60 members.

From Lisa Cheng, Founder of The Vanbex Group, “my discussions with Financial Institutions regarding Blockchain technology has indicated that they are concerned with data privacy and ensuring their transaction flows are not for public view, meaning the public nature of Bitcoin’s Blockchain will not be an option for their clearing/settlement interests. This is where the private nature of permissioned Blockchains, (without a mining incentive) will play a significant role. ”