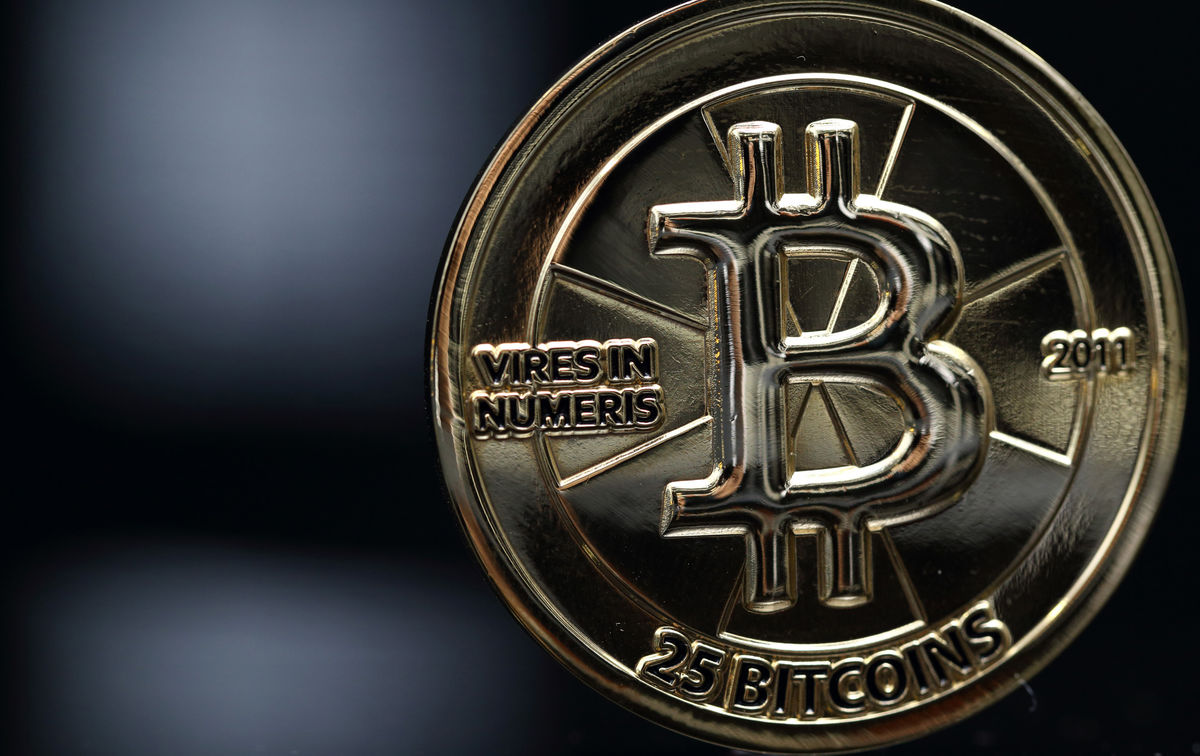 by Norbert Kovacs
in Uncategorized
0

After developing a fascination with digital currencies, Jonathan Silverman left his job managing funds at Morgan Stanley in May to take a job trading the virtual stuff instead.

As director of trading at an exchange for Bitcoin, Silverman, 25, joined a bevy of Wall Street brokers, analysts hedge funds and other speculators taking a gamble on the new currency. They are drawn to Bitcoin’s soaring value — up about 50-fold the past year — as well as the novelty of pioneering a new realm of finance.

“I think Bitcoin will be the first and oldest crypto-currency but not the last,” Silverman said in an interview. “It’ll be a premier safe-haven asset.”

For now Bitcoin, a volatile and ill-understood invention, is anything but safe. A regulatory crackdown on Wall Street risk-taking and reductions in jobs and pay across the industry since the financial crisis have heightened the virtual currency’s appeal to bankers looking to profit elsewhere.

Some Bitcoin enthusiasts are buying and holding the currency, betting that it will hit new heights. Others are starting businesses for trading, exchanging or storing Bitcoin. Still others are pooling venture capital from Silicon Valley and elsewhere with an eye to investing in Bitcoin-related businesses. For the most part, they are individuals, not large firms.

“They are front-running the rest of Wall Street,” said Barry Silbert, the founder and head of SecondMarket Inc., a New York brokerage that runs a virtual currency fund. “They are excited about Bitcoin.”

Bitcoin, which exists as strings of computer code, was introduced in 2008 by a programmer or group of programmers under the name Satoshi Nakamoto. Every day, Bitcoin “miners” create new Bitcoins by using ever-faster computers to solve complex mathematical problems.

The price of Bitcoin returned to more than $1,000 on the Mt.Gox exchange after Zynga Inc. said Jan. 4 it would start accepting the virtual currency for some of its online social games. One Bitcoin was worth about $950 yesterday, according to the CoinDesk Bitcoin Price Index. That is off a high of $1127.45 in early December, but far above its Jan. 1, 2013 price of $13.30.

Bitcoin skeptics see little more than a new financial bubble. In a paper for the National Bureau of Economic Research last month, economist David Yermack wrote that while Bitcoin is increasingly accepted as a medium of exchange by merchants, it lacks two other characteristics of a currency, namely that it is too volatile to be a unit of account or a store of value.

“Bitcoin does not behave like a currency at all,” Yermack wrote. “Instead it resembles a speculative investment similar to the Internet stocks of the late 1990s.”
Regulatory Crackdown

Regulators have sent mixed signals. Although U.S. agencies have said Bitcoin could be considered a legitimate means of exchange, countries including China and the U.S. have shut down some exchanges and Scandinavian countries have imposed restrictions.

“Every great religion or company or rock band has a dramatic creation myth,” Colas wrote in a research note, recalling how Mick Jagger and Keith Richards bonded by chance over American blues music at a train station in 1960. “Where would The Rolling Stones be if Keith hadn’t chatted up Mick on the train?”

Of course, with most of the money coming from individuals and a few smaller firms, Wall Street’s investment in Bitcoin remains modest, said Steven Englander, head of currency trading for major industrialized nations at Citigroup Inc.

“Anyone who says Wall Street is betting company money on the appreciation of Bitcoin is crazy,” Englander said in an interview.

David Woo, head of global rates and currencies at Bank of America Corp.’s Merrill Lynch, said he thinks there is a “social dimension” to the interest in Bitcoin, because many people are suspicious of banks and the Federal Reserve’s easy money since the 2008 financial crisis.

“Bitcoin rides on the back of unease about unconventional monetary policy and about banks,” Woo said in an interview.
‘Nice’ Position

A report he wrote in December on Bitcoin drew hundreds of e-mails from clients, he said. Soon after, someone from the sales staff sent him a picture of a Zurich taxi sign reading, “We accept Bitcoin.”

Investors in Bitcoin include hedge-fund managers, who trade their own money, not client cash, Colas said. Traders who handle volatile commodity contracts, have also bought Bitcoin, as have some family offices, said Englander.

Fortress executives have put money into San Francisco-based Pantera Capital Management LP, which runs a Bitcoin fund for startups. Pantera, in turn, invested in Ripple Labs, a company backed by Google Inc. that is trying to popularize its own digital currency. And Pantera has also raised a separate $147 million fund for unspecified investments, according to a Dec. 4 regulatory filing.
Liquidity Needed

Silbert, of SecondMarket, has also formed a venture capital fund that has invested in at least 14 Bitcoin-related companies. One is Coinsetter, a trading platform started by Jaron Lukasiewicz, who previously worked in investment banking at JPMorgan Chase & Co. (JPM) Coinsetter on Dec. 27 filed documents revealing plans to raise as much as $1.5 million from accredited investors.

SecondMarket’s Bitcoin Investment Trust has drawn more interest than he expected, Silbert said. The company’s goal was $10 million in the first year; according to its website, the fund currently has about $55 million, or roughly 68,000 Bitcoins.

Buyers for Bitcoin need sellers, so SecondMarket scours the early adopters for supply. Alec Petro, managing partner at Bay Hill Capital Management in Duxbury, Massachusetts, sometimes sells to Silbert’s fund. The partners at his fund have pooled personal assets, not those of the hedge fund, to buy Bitcoins. Large orders are hard to fill, he said.
Compliance, Security

“It’s treacherous to provide liquidity unless you have a great stash, and don’t mind selling and never getting them back,” Petro said. “I got run over a few times.”

At times the cultures of Wall Street and Silicon Valley have clashed. Andrew Chang, a partner with Liberty City Ventures, a New York fund devoted to the virtual currency business who also works at Google Inc. on display advertising, often finds himself explaining one to the other.

“You can’t just whip up a company that provides Bitcoin storage, trading or payment services,” said Chang, whose venture is backed by partners at a New York hedge fund, Cedar Hill Capital Partners. “When you’re dealing with the transfer of value, you need to think 100 steps ahead to make sure you are aware of compliance, security, privacy and other issues that traditional financial institutions have been perfecting over the last 100 years.”
Culture Clash

Mohan, who started the networking group, said the culture clash is evident in decisions large and small. The technology-minded members of his group are content to meet on the floor of a computer-repair shop in Chinatown. For the bankers, Mohan hosted a November meeting at Cipriani, a Wall Street event site inside the former New York Merchants Exchange building featuring Greek Revival columns and a Wedgwood dome. “The place has a butler,” he said.

Even as interest grows on Wall Street, so does that of Occupy Wall Street, the protest group that camped out for months in New York’s Zucotti Park in 2011 to protest bank influence. Occupy activists see Bitcoin as a way to bypass a banking system they dislike, making Mohan’s networking job more complex.

“It’s pretty hard to have the bankers and the Occupy Wall Street people in the same room,” Mohan said.
Varied Results

The early days of Bitcoin have produced varied results for enthusiasts from Wall Street. Silverman, who managed exchange-traded funds for most of his nearly three years at Morgan Stanley (MS), had shared a Manhattan apartment with a Goldman Sachs (GS) Group Inc. trader named Fred Ehrsam. Ehrsam headed for San Francisco in 2012 to found Coinbase Inc., a San Francisco startup. This month, Coinbase landed the largest investment yet, $25 million, for a Bitcoin startup.

Silverman’s luck hasn’t been quite as good. He lost his job when the exchange he worked for, San Francisco’s Tradehill, couldn’t find a bank that would handle trades in and out of dollars. Undaunted, he is working on new virtual currency ventures as he studies economic literature about money.

“I loved bubbles when I was on Wall Street, and I still love them,” Silverman said.