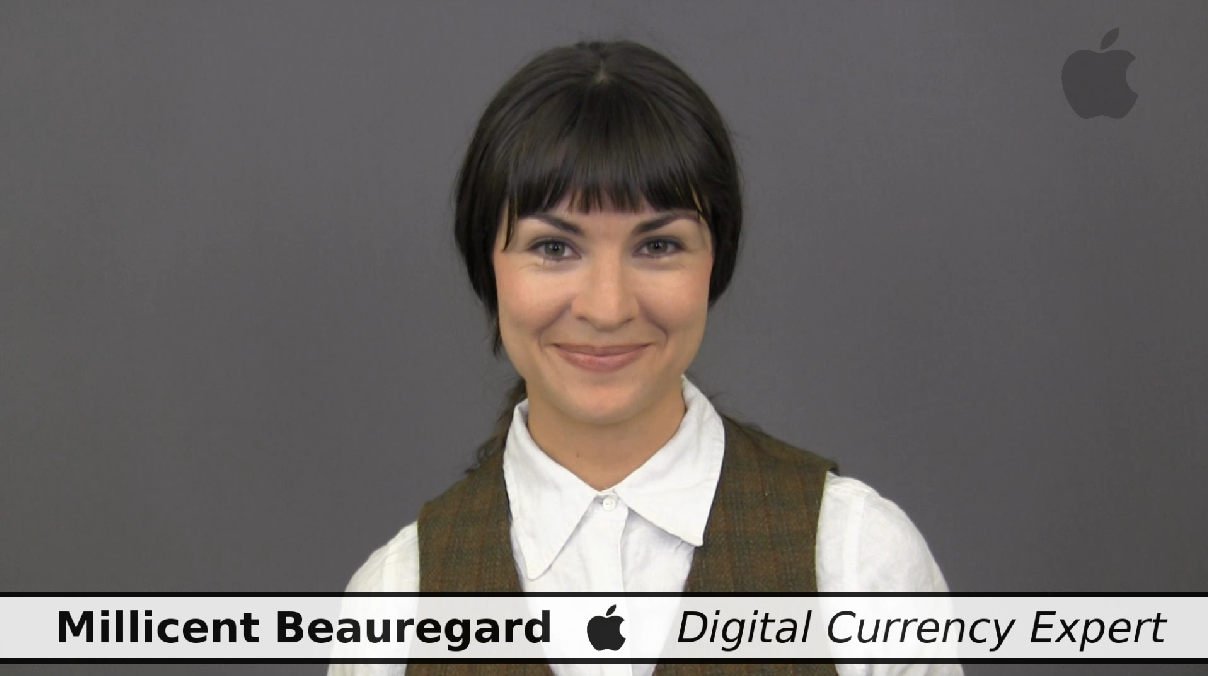 by Amanda B. Johnson
in Altcoin News, Altcoins
1

Suspicions become aroused when Apple’s App Store claims to have an “approved digital currency” list — one which includes defunct DAO tokens and an ever-growing list of thieving Bitcoin wallets — which also, somehow, continues to stonewall Dash. A Dash wallet has twice been rejected by Apple over the past year, and the corporate behemoth went so far as to demand that Jaxx Wallet remove their popular support for Dash last week.

The App Store: Picking the Bad Apples of Cryptocurrency

A Dash core team member first submitted a wallet to the Apple App Store in December 2015. It was rejected, the sole reason given being that Dash was not an “approved currency.”

Another Dash wallet — new and improved — was then submitted by a non-Core team member in July 2016. Much contrary to Apple’s usual 24-hour turnaround time for app review, no decision was received for nearly a month. When the decision finally came, it was nearly a copy-and-paste job from the first time ’round: Dash is not an “approved currency.”

These vague problems seemed to be overcome, however, when the large and popular multi-platform wallet Jaxx added Dash — due to popular demand — in late August of this year. Surely Apple’s basis for “approval” was simple customer demand, and surely Jaxx’s integration was proof that such demand existed.

But it was not to be — less than two weeks after customers celebrated Dash’s integration into Jaxx, an Apple employee reportedly called Jaxx CEO Anthony Di Iorio — like on a phone — and demanded that Dash be removed. Di Iorio tweeted: 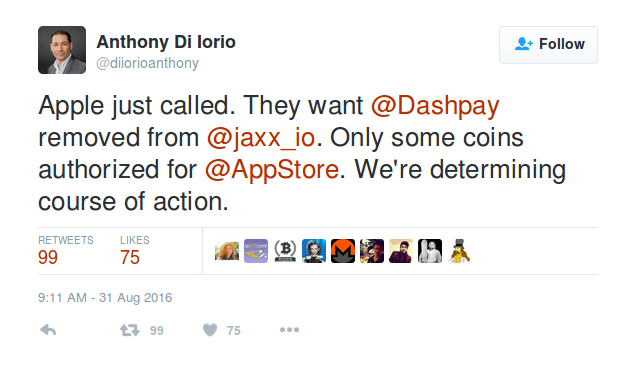 Apple has since reportly given Di Iorio a “deadline” for Dash removal of September 14th, with which Di Iorio plans to comply.

As historical reference points, Apple also banned all Bitcoin wallets from its app store nearly three years ago, but reversed its decision shortly thereafter. They similarly said Ethereum was not allowed earlier this year, but never actually enforced that policy and later reversed it.

Image via Amanda B. Johnson.