BIT to be The First Publicly Traded Bitcoin Fund

With approval from the Financial Industry Regulatory Authority (FINRA), the Bitcoin Investment Trust (BIT) is set to be the first publicly traded bitcoin fund. 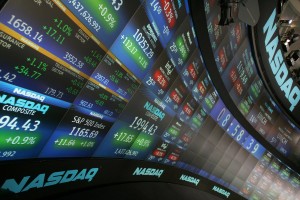 The exchange beats the famous Winklevoss Twins in their attempt to create the first Bitcoin ETF. The Winklevoss Twins’ exchange has been ready for more than a year, but has failed to launch due to not getting regulatory approval. The reason for the delay is that they are trying to create an exchange that any investor can participate in, while BIT is only available to accredited investors.

“Bitcoin Investment Trust shares have been assigned a temporary ticker symbol by FINRA in connection with approval of the Form 15c-211 filed by the BIT’s market maker. The permanent ticker symbol will be GBTC and is expected to be effective shortly,” said the founder of BIT, Barry Silbert.

Despite being assigned a ticker symbol, Silbert said “no assurances can be given as to when or if such trading will commence, or that an active public secondary market for BIT shares will develop or be maintained”

Silbert is also looking to get the fund quoted under the Alternative Reporting Standards so shares of the fund can be traded the Over-The-Counter (OTC) exchange, OTCQX. Unlike funds listed on US stock exchanges, funds listed on OTC exchanges do not need approval from the SEC, the regulatory agency causing of the delay of the Winklevoss Twins’ fund.

“We incubated the BIT to alleviate the problems of direct bitcoin ownership, including having to wire money to newly-established and potentially unregulated entities around the world,” said Silbert.

The fund originally launched in September of 2013, as a way for investors to buy the value of bitcoin without actually having to hold the underlying asset. The fund was not an ETF but instead used a “legal loophole” to sell shares of the fund to accredited investors. 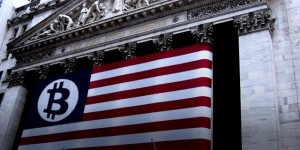 The exchange is just one Silbert’s many efforts to promote and grow the digital currency. Besides talking about Bitcoin on the news and at conference, he also invested in numerous Bitcoin companies through his Bitcoin Opportunity Fund. The fund has invested in dozens of Bitcoin companies, including the Coinbase and BitPesa.

Silbert first became interested in the digital currency while working as the CEO at SecondMarket, a secondary market for company shares. He eventually left his role as CEO to pursue his interests in Bitcoin. Though he still active on the board of the company, he spends most of his time managing BIT and investing in bitcoin companies.

How do you think BIT will effect Bitcoin’s standing with Wall Street? Let us know in the comments below!

Photos courtesy of CNBC, bitcointrust.co, and Stocks on Wall Street.