Bitcoin Price Loses Another $100 in Value – Here’s Why

Bitcoin Price Loses Another $100 in Value – Here’s Why

Bitcoin has suffered back-to-back losses, losing over 7% in value on Friday and over $2 Billion in market cap over the last 48 hours. Bitcoin price has fallen under $1100 USD for the first time in almost a month. Here, we break down the reasons and the industry fallout.

Apparently, the most powerful companies in the Bitcoin community feel a hard fork is becoming all but inevitable. Their statement surely stunned the investment market. Many of the world’s leading Bitcoin exchanges, including Bitfinex, Shapeshift, BTCC, Kraken, Bitstamp and ten others put out a statement detailing their contingency plans if the Bitcoin Unlimited fork against Bitcoin is launched. Here is an excerpt of the statement (you can view in its entirety here):

If a contentious hard fork occurs, the Bitcoin Core implementation will continue to be listed as BTC (or XBT) and the new fork as BTU (or XBU), but not without adequate replay protection. We do this not out of judgment or philosophical reasons but rather for practical and operational considerations.

WHO WINS IN THIS SCENARIO?

Who is benefiting the most from this issue is up for debate, but some are telling the mainstream media that Ethereum is the most direct beneficiary, as Ethereum has been moving up in leaps and bounds recently. 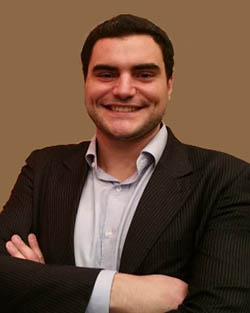 Bitcoin traders may have wanted to offset some of their exposure should a fork occur or the scaling deadlock continues, and ether seems to be the most promising alternative. Bitcoin-ether volumes have surged since and are currently rivaling bitcoin-fiat currency trading liquidity.

In my opinion, people are using Dash as a hedge against Bitcoin forking drama, and the numbers from yesterday bear that out. Gold and Ethereum prices hardly moved, Bitcoin lost about 10% in value while Dash gained over 11%, at the time of this writing, and passed $101 earlier in the day. Since the Enterprise Ethereum Alliance was announced a month ago, ETH value has taken off. The timing of the fork debate may be coincidental.

LOOK WHO SHOWED UP

There was a very interesting quote about the potential hard fork from an unexpected source yesterday, as former Mt. Gox chief Mark Karpeles added this Tweet to the ecosystem:

In case of #bitcoin hard fork, exchanges will have to suspend BTC withdrawals and move coins to avoid TX replay attacks.

Regardless of who wins or why it is hard to take yesterday’s events as a positive turn in the narrative, Bitcoin may end up better off if a split leads to adoption of additions like Segregated Witness, once upgrade dissenters leave the system to form what would become an altcoin. Ethereum has flourished since their fork last year, so all may not be lost, in the event of what may be inevitable. At least according to some of the biggest players in the market, we look like we’re headed for a fork in the road.

Will the price of Bitcoin rebound? Who do you think is benefitting the most from the current scenario? Let us know what you think below.