On June 3, the price of Bitcoin broke through ten-day highs to once again challenge $8,000 — as multiple investors eye fresh ‘buy’ signals.

Bitcoin’s newfound support upends a weekly downturn, which saw prices bottom out at $7,096 on May 29. A strong support at $6,900 remains untested since early April. 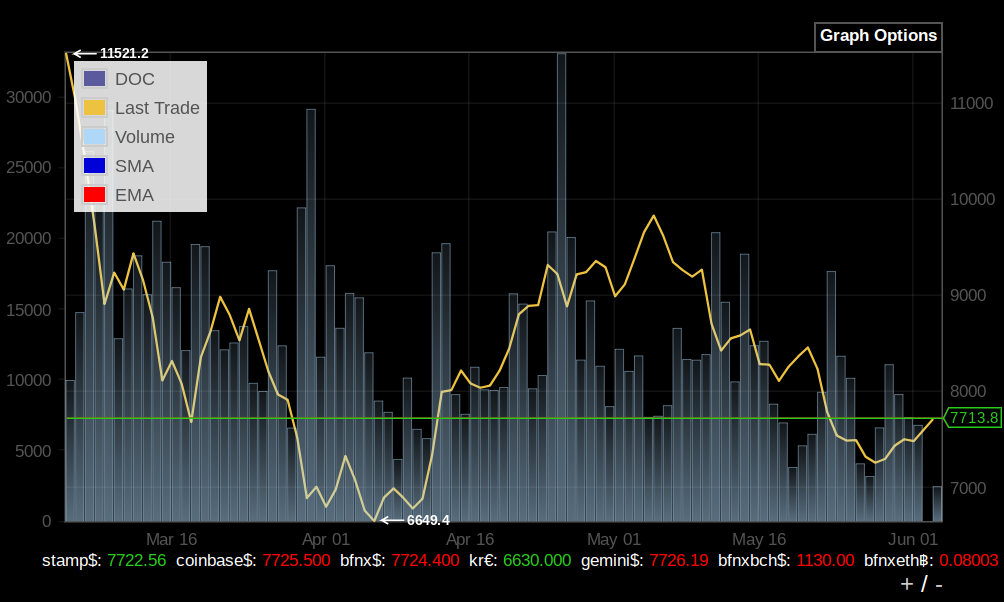 Sources from within the cryptocurrency industry remain hawkish on the potential for a more decisive return to form for Bitcoin — which has so far failed to regain ground lost through May, where it hit a peak of $9,922.

When analyzing charts over the weekend, veteran trader Peter Brandt suggested BTC/USD “could” produce a ‘buy’ signal by Monday — while tapering enthusiasm about the pair sustaining further support.

A chart buy signal could (I said "could," not "would") occur in $BTCUSD over the weekend. Stay tuned pic.twitter.com/GlVCtKabhb

“All cryptocurrencies are very cheap right now,” he told CNBC on May 31. “It’s much cheaper to buy now and participate in the rally as it goes.”

Morehead’s statements were made in consideration of 2018’s wider narrative on Bitcoin prices, which has seen traders weigh the possibility of institutional investors entering the cryptocurrency market en masse — which would almost assuredly boost prices significantly.

Rather than a sudden influx as some foresee, Morehead acknowledged that any further engagement would instead be a “process.” He stated:

There’s an image out there where there’s an ‘on-off switch’ and it’s off now and they’re going to flick it on on some particular date and institutions will pile in. […] It’s a process. Obviously, risk and reward go together; a couple of years ago there was a lot of risk but there was a lot of reward, and we’ve yet to get to the point where we have an SEC-regulated custodian which is the one silver bullet everyone’s waiting for — but many institutions are buying the rumor and selling the fact.”

What do you think about Bitcoin’s price action this weekend? Let us know in the comments section below!