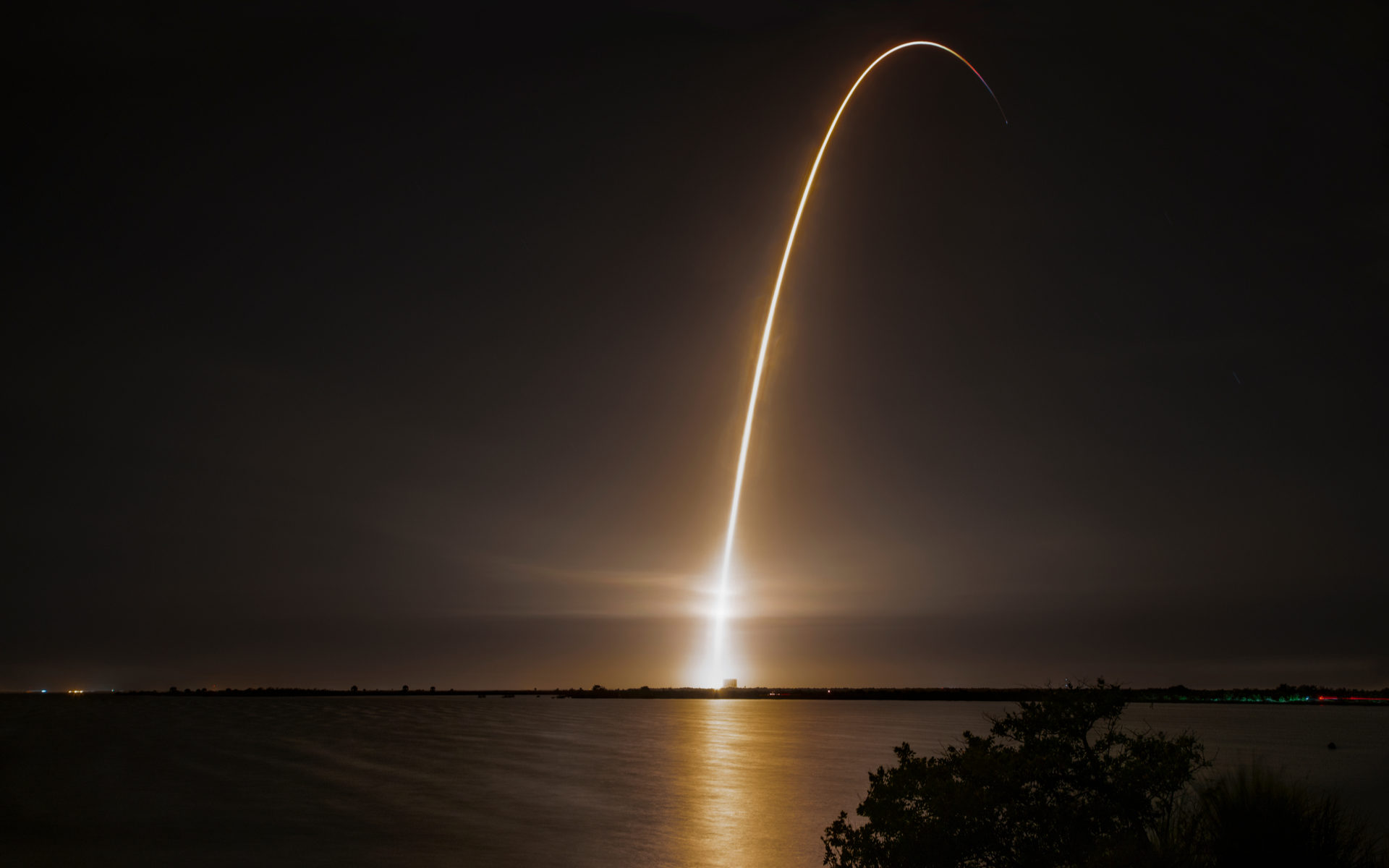 Bears showed up en masse to administer a proper beatdown to Bitcoin price today. Where do we go from here?

On Sunday bears launched a coordinated assault on Bitcoin price which resulted in the price dropping below $10,000 for the first time since July 2. By the weekly close, the king of cryptocurrencies had dropped $1,400 and the total crypto-market cap dipped below $300 billion. As the carnage occurred, the illustrious John McAfee took to Twitter and lambasted investors who were running for the hills forecasting doom for Bitcoin. 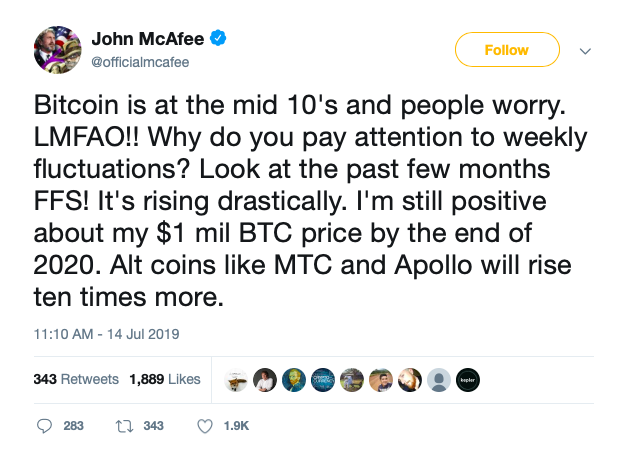 McAfee scolded investors for freaking out over weekly fluctuations and reminded investors to recall Bitcoin price’s parabolic move over the past few months.

Despite today’s $1,400 correction, McAfee remains confident that Bitcoin price will reach his $1 million projection by the end of 2020 and he isn’t the only crypto influencer not bothered by today’s correction. 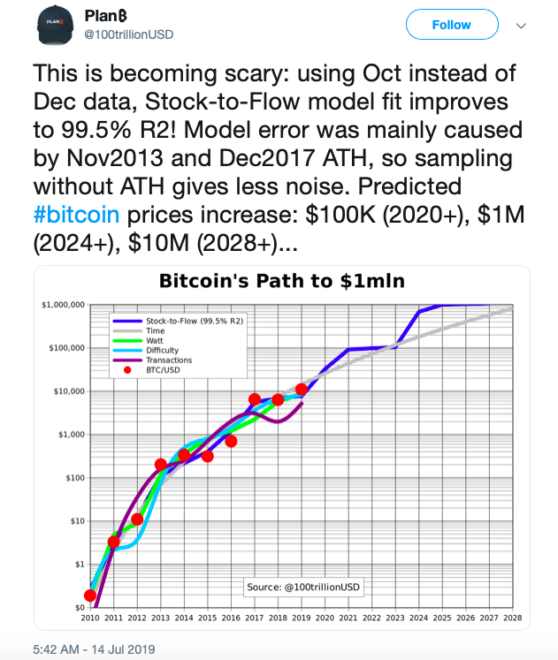 Popular crypto-analyst PlanB tweeted an intriguing stock to flow analysis which shows BTC price reaching $100K a little after the 2020 halving event, followed by $1 million by 2024 and $10 million by 2028. 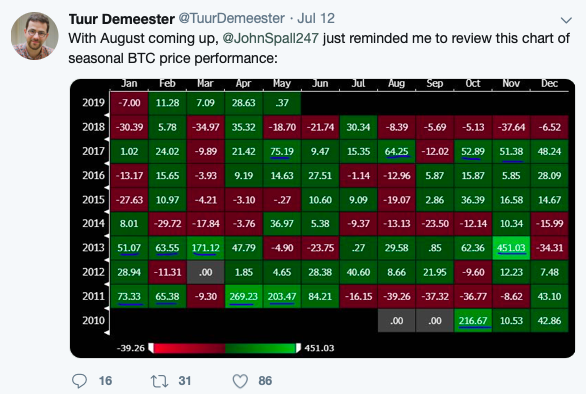 While today’s drop from $11,400 to below $9,800 is terrifying, corrections of this type are normal for Bitcoin. Investors with a long vision of Bitcoin realize that sharp pullbacks tend to follow parabolic advances and the current correction is likely an opportunity to accumulate more Bitcoin.

Overall, the crypto market dropped more than $20.1 billion over the last 24-hours. It’s likely that analysts will spend the next few days attempting to determine if the drop was primarily based on technicals or whether larger hands were at play.

Do you think Bitcoin price will quickly recover to $12,000? Share your thoughts in the comments below!