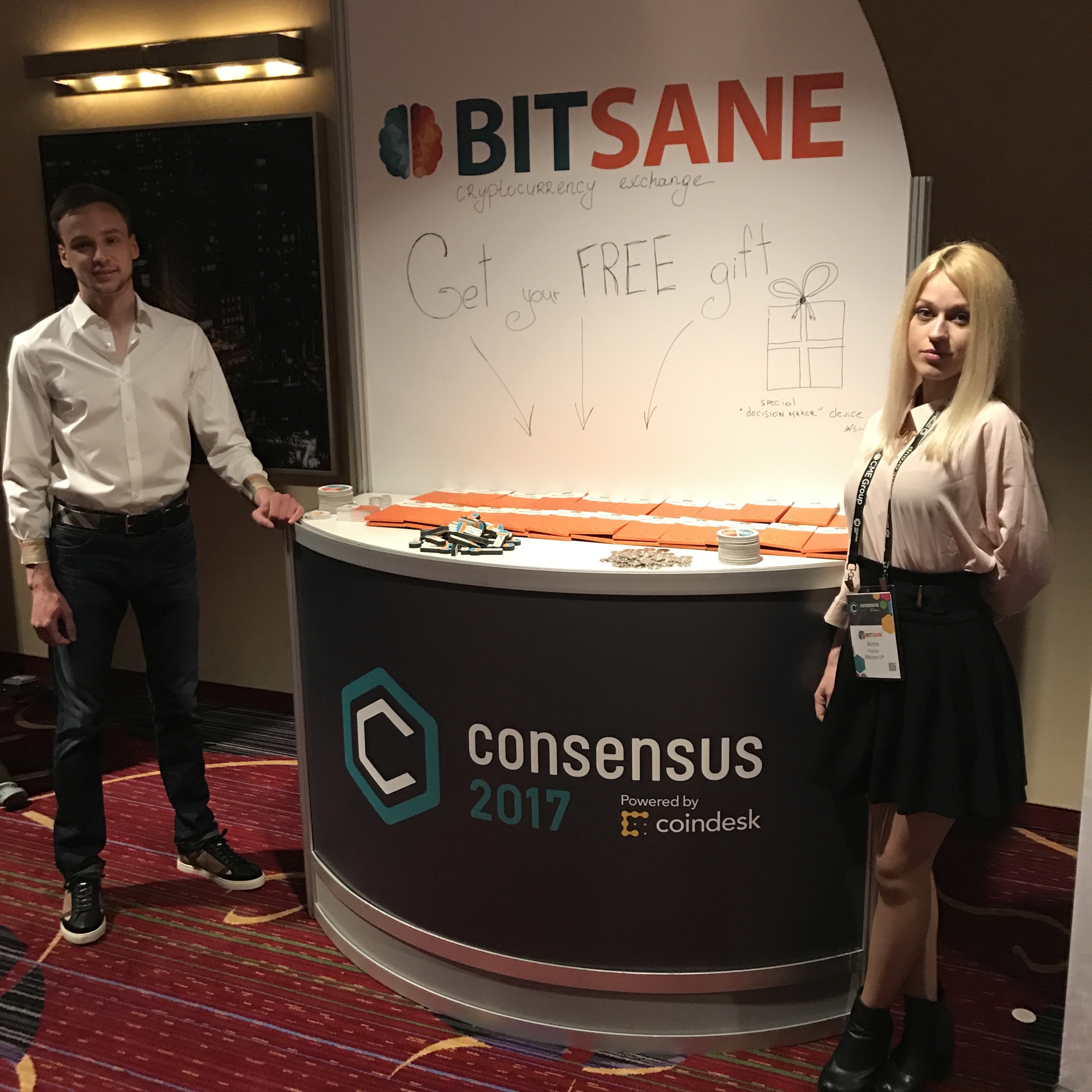 Dublin-based blockchain platform Bitsane.com announced the addition of XRP (Ripple) to its cryptocurrency-to-fiat spot exchange services on May 22nd, 2017.

Soon after, the promising cryptocurrency startup significantly contributed to the ecosystem as a sponsor during the recent Consensus 2017 conference in New York. Bitsane also hosted its own exhibition stand and offered promotional packages to Consensus visitors.

Promo packs at the event included company branded USB flash memory sticks, stickers and (Buy/Sell) flip coins. Since its successful launch in 2016, Bitsane has been working towards evolving its platform to make trading cryptocurrencies and fiat as easy as possible.

The platform already supports Bitcoin (BTC), Ethereum (ETH), Litecoin (LTC), DASH, Advcash and Iconomi (ICN). In addition, all cryptocurrencies on the platform can be traded against USD, EUR, and BTC. Ripple is the most recent addition to the platform, following AdvCash, DASH and Iconomi transactions, which were introduced in February 2017.

Following Ripple’s recent mainstream exposure, Bitsane recognized its potential and made a choice to include the cryptocurrency to its growing platform. Ripple is a settlement system, currency exchange, and remittance network built upon a distributed open source internet protocol, consensus ledger and native currency called XRP (ripples).

Released in 2012, Ripple purports to enable secure, instant and “nearly free” global financial transactions of any size with no chargebacks. Ripple supports tokens representing fiat currency, cryptocurrency, commodity or any other unit of value such as frequent flier miles or mobile minutes.

Ripple is based on a shared, public database or ledger, which uses a consensus process that allows for payments, exchanges, and remittance in a distributed process. In addition to web-based trading and exchange platform, Bitsane also enables its users to trade on their mobile devices. The platform offers full API access to developers, encouraging them to build powerful cryptocurrency applications using Bitsane’s tools and services.

Bitsane’s recent support of Ripple to fiat trading and its major contributions to Consensus 2017 represents the growth of the company, which from being a startup has graduated to become a mature cryptocurrency business. With a growing footprint, Bitsane is asserting itself in an increasingly competitive market. The cryptocurrency exchange is already the biggest in Ireland, and as it continues its current path, it could soon become one of the world’s leading platforms.