Coinbase has taken another massive step in establishing itself in the emerging cryptocurrency market. The largest crypto exchange platform in the U.S. has acquired decentralized exchange (DEX) platform Paradex.

Paradex isn’t your usual cryptocurrency exchange platform. It is a peer-to-peer (P2P) ERC20 DEX service that utilizes the 0x protocol. As a DEX, it offers users the ability to trade cryptos directly from their wallets rather than using centralized services like Coinbase, Gemini, etc. Thus, users have full custodial rights over their tokens and fiat capital. 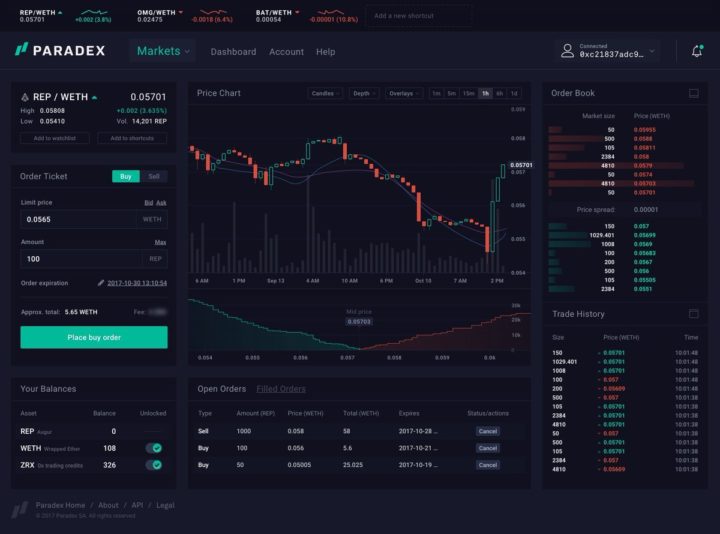 According to the platform’s website, Paradex is excited at the prospect of becoming part of the Coinbase crypto ecosystem. A statement on the site reads:

It was clear from our first conversations with Coinbase that the excitement and optimism was mutual. Like Coinbase, we believe wholeheartedly in the power of an open financial system; it’s paramount to what we’re working towards at Paradex. In our next steps together, we’ll continue to build out the existing Paradex roadmap and continue to explore the world of decentralization and the amazing opportunities at hand.

During the protocol integration process as Paradex becomes part of the Coinbase family, the platform’s app will be unavailable. According to Reuters, Coinbase will include some modifications to the app before launching it to customers outside of the United States.

The acquisition of Paradex is the latest in a flurry of expansion activities from Coinbase as the platform seeks to become a dominant force in the industry. By acquiring Paradex, Coinbase is set to rapidly expand its catalog of supported cryptos, at least for markets outside of the United States. The move is also a positive development in the emergence of DEX which many crypto proponents believe is the most secure type of crypto exchange platform.

Regulations in the United States make it difficult to trade in ICO tokens. There is much uncertainty over whether they are utilities or securities. However, the company plans to offer Paradex to its U.S. customer base but only after it has made the necessary compliance changes.

The platform also plans to revamp its GDAX service for institutional investors. Brian Armstrong, the CEO of the San Francisco-based platform announced via the company’s blog that GDAX will evolve to become Coinbase Pro. Commenting on the move, Armstrong said:

“Since launching in 2015, GDAX has built liquidity and stability in the space and also helped us understand the needs of active crypto traders. Switching to the name Coinbase Pro is a recognition that the individual active trader requires a product completely dedicated to their specific needs.”

Coinbase Pro will be launched by the end of June and existing GDAX users will be moved to the new platform automatically.

What do you think about Coinbase acquiring a DEX platform? Will the proper regulatory framework be created in the U.S. to allow citizens trade ERC20 ICO tokens? Let us know your thoughts in the comment section below.