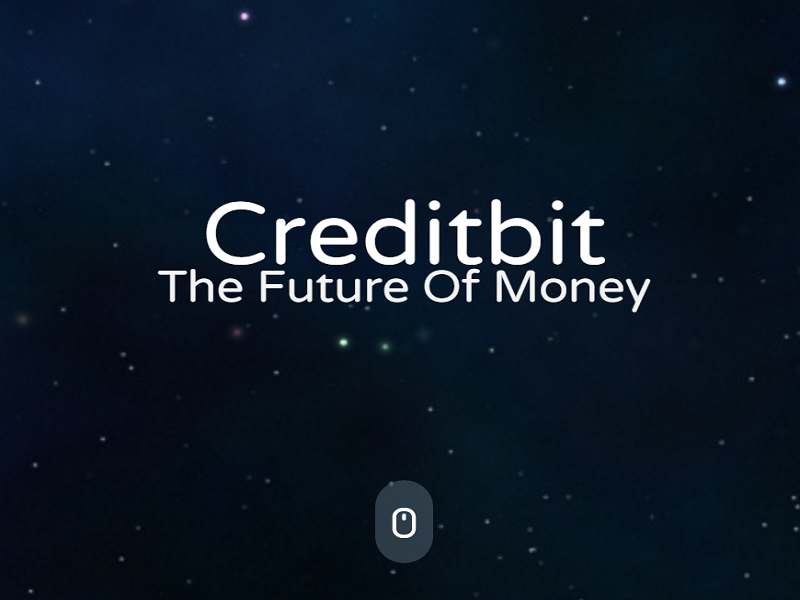 Creditbit Claims to Be ‘Ten Times Faster’ Than Bitcoin

Creditbit, an “open source digital currency protocol,” reports that it is “10 times better than Bitcoin when it comes to the speed and rate of transactions.” The team behind this altcoin is preparing for what they believe will be “mass adoption” of their digital currency project.

The project team says that the coin’s “rapid adoption and development has positioned Creditbit as the ‘Future of Money.’”

This digital currency project was launched in 2015 with the goal of “reach[ing] out to every individual on the planet,” with the hopes of providing blockchain-based banking and financial services. The team says that difficulties with the traditional finance system makes it “almost impossible” for a large portion of the world to have their own bank accounts. The team cites centralization and “decision makers,” as sources for these difficulties.

This cryptocurrency differentiates itself from Bitcoin by “implement[ing] the changes to prevent [Bitcoin’s] issues from repeating on their platform.” The altcoin uses a Proof of Work-Proof of Stake hybrid, which solves “the no-take-at-stake problem generally faced by the Proof of Stake (PoS) systems,” according to the development team. The altcoin’s developers also say that it is capable of processing transactions “ten times faster than Bitcoin,” which has wait times of around 10 minutes. Reportedly, transactions can be confirmed in less than 30 seconds.

POS: The rest supply until 100 million

Creditbit is an open source cryptocurrency protocol released under MIT/X11 license. The protocol enables implementation of financial services over its blockchain to make it accessible to everyone.

The project has gained a lot of traction since its launch, and wallets are currently available for almost all platforms. The coin is currently being traded on 7 different exchanges viz., Bittrex, Livecoin, YoBit, C-Cex, Cryptopia, Bloombit, and Bitsquare. The cryptocurrency has also been added to Coin Payments.

Users can contribute to the network by keeping their wallets open in a process called staking. Staking is rewards with up to 8 percent of the Creditbit holding every year. Staking helps the platform optimize the speed of transactions.

With increased adoption among individuals, traders and merchants, the altcoin has taken their first steps towards mass adoption.

Find the project on different platforms: