Another number one draft pick is crypto-bound. Sports teams and leagues continue to find crypto partners. Name, image, and likeness deals in college sports and coming to life with crypto deals. It’s all these stories, and more, in this week’s Sports Slice on Bitcoinist.

Let’s take a look at all the past week’s action.

Earlier this year, NFL quarterback Trevor Lawrence was selected as the first pick in this year’s draft. Shortly thereafter, the highly touted athlete signed a deal with Blockfolio. Late last month, the NBA draft took place, with Oklahoma State guard Cade Cunningham being the undoubted first pick – sending him to Detroit to play for the Pistons. Less than a month later, Cunningham joins the ranks of a growing list of athletes looking to be paid in crypto.

Cunningham signed a multiyear partnership with BlockFi this week, solidifying the young stars signing bonus in bitcoin. Educational videos, promotional giveaways, exclusive interviews, and more content are the focal points around the partnership. BlockFi joins a list of high-tier sponsors for Cunningham, which includes Nike and Panini America.

The report shows sports NFT monthly purchase growth of 19% since the February peak and the report “suggests that the sports NFT market is here to stay as a powerful medium for fan engagement.”

Estimated consumer metrics in the report from a surveyed population of 2,500 U.S. consumers aged 18-65 show that only 0.5%-1% have purchased a sports NFT, while an additional 5% express interest in doing so. Consumers are generally seeing sports NFTs as a blend of trading cards, sports betting, and crypto assets.

While we’re so early in the game, it’s worth noting that “86% of buyers say that owning sports NFTs makes them even bigger fans.”

Socios.com is making the NBA push with their foot on the gas. The Chicago Bulls, LA Clippers, and Houston Rockets all announced partnership deals with Socios.com this week.

For each of the three teams, the deal with Socios.com will include on-site signage and social media integration for Socios.com digital assets. Whether it’s by design or due to other factors, NBA teams have not been quick to shuffle into fan tokens – like those utilized by European soccer clubs such as PSG (which dominated the chatter in last week’s Sports Slice).

Nonetheless, this level of engagement with Socios.com is likely the first step to deepened relationships and given Chiliz and Socios.com dominance in the fan token marketplace, it’s not far-fetched to expect NBA fan tokens in the years ahead. The NBA was the first major sports league to offer licensed NFTs through NBA Top Shot with partner Dapper Labs.

In last week’s “NFTs In A Nutshell,” we highlighted The University of Miami as the first major collegiate institution to sell a series of NFTs. This week, another Florida-based university is dipping their toes in the water with crypto, as new name, image, and likeness (NIL) opportunities present themselves.

Yummy Crypto has locked in a deal with the Florida State Seminoles football team, offering $500 to every player who tout’s Yummy’s charity work on social media in September. If every player takes Yummy up on the offer, the bill lands at around $60,000.

Serie A is one of Europe’s premier soccer leagues, and on the cusp of signing new broadcast deals, they’ve also found a new crypto partner. Serie A has partnered with Crypto.com, securing the exchange as the league’s first innovation and technology partner. Crypto.com will secure presenting sponsor rights for the league’s virtual assistant referee and goal line technology. 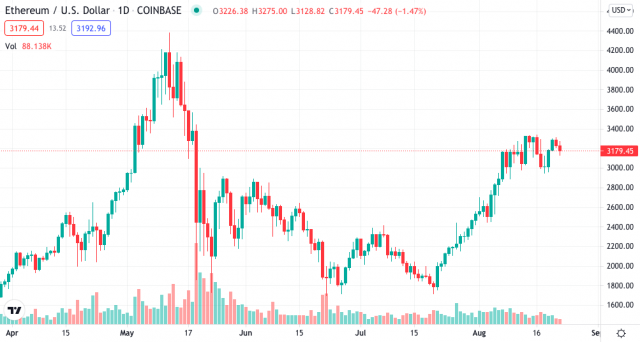 A golden boot, some diamond hands, and laser eyes – apparently. Have fan tokens put soccer star Lionel Messi all-in on crypto? Messi’s new ‘Messiverse’ NFT went live on Ethernity this weekend, and depicts the legendary sports star as a superhero, a king, and a Greek titan.

With still a full day remaining, Messi’s one-of-one “The Golden One” NFT is already commanding north of $1MM.

Odell Beckham Jr. Is In

Odell Beckham Jr., often known as OBJ, is a well-decorated wide receiver in the NFL. The three-time Pro Bowler and NFL Offensive Rookie of the Year is adding another notch to his resume: CryptoPunk owner. OBJ nabbed Punk #3365 this week, and changed his Twitter profile avatar accordingly.

Related Reading | U.S. Mayor Wants To Give Everyone $1000 In Bitcoin