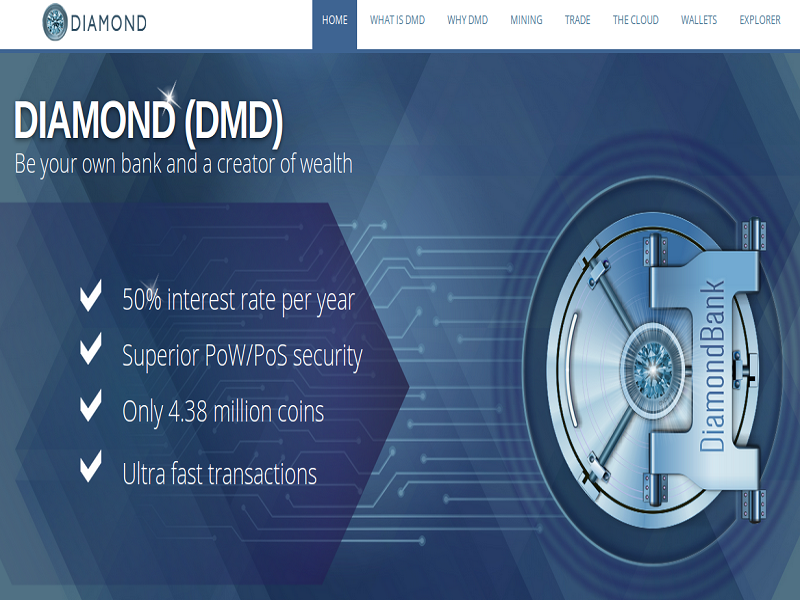 Diamond:Be Your Own Bank and Creator of Wealth

Diamond is a cryptocurrency aimed to allow users to store personal wealth securely. By keeping the max coin supply at 4.38 million, Diamond is ensuring the currency remains scarce and valuable, similar in characteristics like the precious commodity it is named after.

Disclaimer: This article was provided by Bitcoin PR Buzz. Bitcoinist is not affiliated with Diamond and is not responsible for its products and/or services.

Cryptocurrencies have the possibility of having a profound impact on many people’s lives, which could attribute to why it is being met with so much resistance in both financial and government sectors.With cryptocurrency making it to where these two and many more sectors are either forced to radically change or get left behind if cryptocurrency ever reaches mass adoption, Diamond and other currencies could become monumental in people’s lives.

“It is cheap to transfer and can be protected against inflation. Cryptocurrencies may invoke a paradigm shift to the people’s advantage, especially in countries with restricted finances, as well as to aid the millions of unbanked worldwide.”

Diamond is a currency that is marketed as one where you are able to be your bank and a creator of wealth at the same time. The first claim it accomplishes by relying on both the POW (proof of work) and POS (proof of stake) methods in order to create a hybrid system in securing transaction records to the ledger as well as minting coins.

For the first 2,500,000 coins (57% of total supply), the Diamond network on the POW was bound by fixed variables and an adjusting block reward to control inflation. Using the Grøstl algorithm, new blocks were issued with a target of 60 seconds, with difficulty retargeting every block. As seen by the chart below, rewards for the first million coins was 1 DMD per block, and reduced all the way to 0.04 DMD per block for coins 2,500,001 and above. 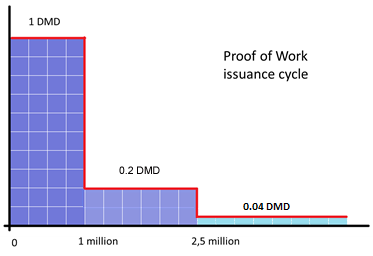 Concurrently, the POS system became online after the 450,000 was minted. Starting with the current POS reward of 50% per year, this too will reduce all the way down to 1% per year after the 3,500,000th coin is minted. 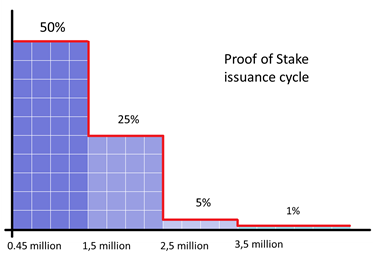 While it seems random, the end goal is to match the inflation rates with yearly world gold excavation, tying it to another precious metal. With Diamond recently celebrating its second year birthday and an ever supportive Diamond Foundation(which a small part of every DMD block solved goes to), Diamond is a cryptocurrency with limitless amounts of long-term potential.