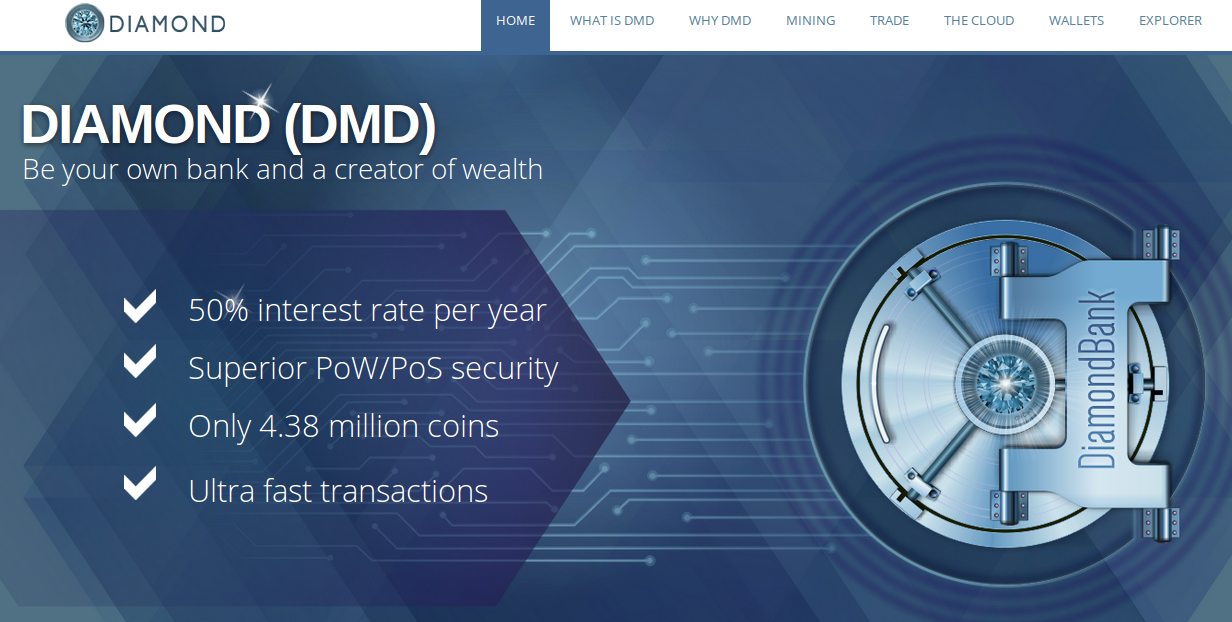 For users looking for cryptocurrencies in it for the long-term, Diamond is a Bitcoin alternative that may fit just that. Backed by Diamond Foundation, as well as price stability mechanisms and professional services that came from two years of ongoing development.

Disclaimer: This article was provided by Bitcoin PR Buzz. Bitcoinist is not affiliated with Diamond and is not responsible for its products and/or services.

Diamond rather than trying to make a big name quickly, is looking to play the long game. Through smart leadership, as well as more and more services that need Diamond.

“Diamond Coin’s philosophy is to create long-term stability through sensible management and an ever expanding network of supporting services.”

Diamond further encourages long-term stability through the use of POS, at a rate of 50% per year (rate is reduced over consecutive years). On top of the fact that Diamond was designed to be scarce with only 4.38 million Diamond ever to be produced, users can expect both a good storage of value as well as a creator of value.

“DMD stake holders are automatically eligible for 50% interest per annum in a straightforward process known as “minting”. When minting the DMD adopter obtains some coins, and holds them in the Diamond Wallet for a given period of time which in turn generates new coins. Minting withdraws the DMD from the supply chain for staking, contributing to price stability, as well as securing the network through improved Proof-of-Stake technology.”

The way Diamond has marketed itself as a whole is unique. While things are slow at the beginning, as time progresses holders of Diamond will be rewarded. Diamond plans for steady and consistent growth throughout the years.

“The early adoption period for Diamond Coin has been set to last for a few years; a time frame that is uncommon in the digital currency industry. This requires a long term commitment that will translate into a slow but cumulative effect of organic growth. Such a model is also a pledge on behalf of the DMD developers to think strategically and long term.”

“The Diamond Coin Foundation developers treat network security as a continuous challenge that needs to be addressed and developed to remain a step ahead of potential security threats. Improvements in protocols and software optimizations provide a streamlined client for the end user. Employing a Hybrid Security of two separate protocols working in tandem is the cornerstone of Diamond Coin’s security. To further strengthen security Diamond Coin implements ‘Reactor’, a protection tool that provides the benefit of additional safeguards along with the price stability mechanism of Diamond Cloud Mining.”