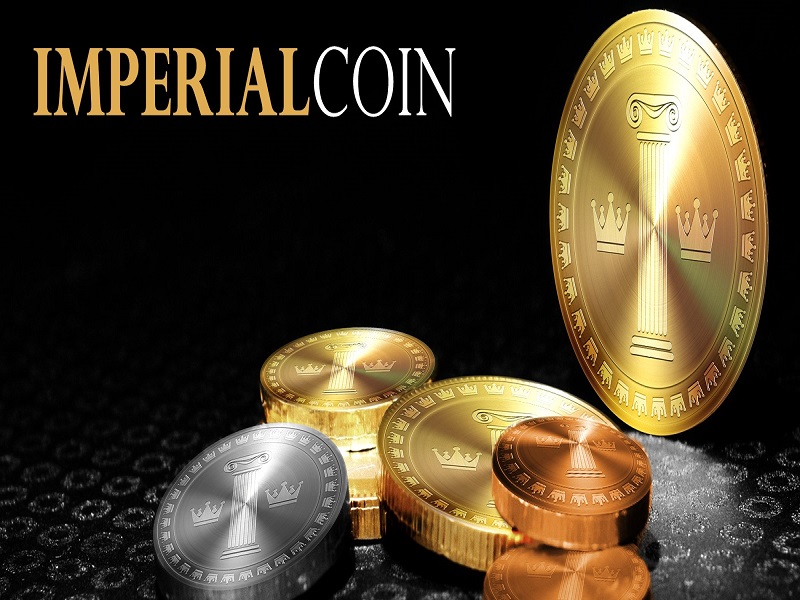 Why go with Imperial Coin (IPC) among the hundreds of coins available to choose from? Here’s what the developer of Imperial Coin had to say about it…….

In the world of cryptocurrencies, so many come and go every week now. With that many, it is hard for users to sort out which ones to invest in or to use as a payment system for their business. Imperial Coin is not just any cryptocurrency, like so many out there with no direction – it is focused on providing a safe and secure transaction alternative for a niche group of online businesses is specific area that include:

Imperial Coin (IPC) was first launched on Facebook and Twitter back in December of 2013, then several weeks later on the typical cryptocurrency launching pad forums.They appeared on the scene with an amazingly beautiful coin, very appropriate for their name and were immediately covered with other coin launches and even others who sought to re-use their name.

Against all odds, Imperial Coin is still here, still trading on a growing number of exchanges and still has miners mining coins with renewed focus.
How did we do this??? Well, persistence coupled with the will to stay on top of technology and not afraid to make their coin better for their users.

Imperial Coin (IPC) recently upgraded its technical specifications and refocused its direction to better support its target markets. As many of you know very well, each of these business areas typically struggles to find a reliable payment system that does not come with overpriced fees and red-tape. Imperial Coin has targeted these markets and so far, has been very well received, with many inquiries each week since the recent upgrades.

Finally, while many coins just provide users with source code and a Windows wallet, the Imperial Coin team has provided their users with four wallets (Windows, Linux 32bit, Linux 64bit and Apple MacOS). It is a way to store your Bitcoins. The wallet holds the private keys which are associated with the Bitcoin addresses.

Although, the path we are on has been a very bumpy one so far, Imperial Coin has a plan, a direction and appears to be on the way to bigger things.

Imperial Coin (IPC) was first launched on Facebook and Twitter in early December 2013 in hopes of bringing in additional users who were not well-educated on crypto.  Within weeks, the followers had multiplied into the hundreds and the mining pool was starting to get busy.  At that point, Imperial Coin was announced in the standard altcoin launching forum threads.

It actually met with a little resistance at first because it had not launched in the altcoin forums first.  After a few weeks, it was well accepted and the dedicated mining pool had numbers of over 200 miners mining IPC.

After several months evaluating the altcoin market, the owners decided to upgrade the coin specs and focus in on specific markets. The Imperial Coin team now is focusing their efforts on maximum visibility and concentrating their marketing in areas that include Network and Multi-Level Marketing, Business Opportunities, and Internet Gaming all of which struggle to find a payment system that will accept them and one they can afford.

2. Why did you make Imperial coin?

The Imperial Coin  Team developed and launched IPC in hopes of capitalizing on the growing altcoin market earlier this year and at the same time filling a void created by “overnight night coins” with a stable and long-term oriented coin that users would like and use.

The IPC Team decided they could not rest on the laurels and would have to continually evolve as the technology and the markets changed.  The hope was that this long term customer-oriented strategy would bring in retailers.  After recent upgrades and better market focus, the IPC Team is very happy with the overwhelming positive responses.

Initially, the developers thought Imperial Coin (IPC) was very unique and would do very well.  Then dozens if not hundreds of other coins fell into the market, many of which were created and thrown out there overnight.  Imperial Coin struggled for recognition amongst so many coins with similar specs, so it was time to evolve and adapt to what was current in the marketplace and step ahead of all these other coins.

The IPC Team took a look at their source code and decided an upgraded was needed.  So the first step  was to add in the new DGW3 technology to the coin, along with some better peer matching and necessary code cleanup to make it a little more efficient.  This was recently done in late June with a fork announced with IPC V1.2.

Now that the coin had gained general acceptance, the target markets were adjusted to target specific business areas that really were not covered by the cryptocurrency world, but were in desperate need of better methods and payment systems for their businesses.  These are they MLM/BizOps/HYIP/Internet Games type of business.  The IPC team will be focusing their marketing focus on these types of businesses moving forward.

Imperial Coin (IPC) is currently traded on Bleutrade, Comkort, and AllCrypt and of course is on the voting list for at least 5 more. A marketing firm has just been hired to actively promote the coin on a regular basis – so you will be seeing articles like this and advertising for the coin in many places very soon and for a very long time. The IPC Team has created what they believe is a very stable coin and positive community for the coin moving forward.

6. Any upcoming features or updates besides DGW3?

As to what the future holds, technically, the Imperial Coin Team is dedicated to keeping the coin current with coin technology to avoid becoming a stale or dead coin like so many others. If this means future forks, the IPC team will do what they have to keep up or ahead of the competition. Bill Gates did not sit on his version of Windows and neither will the IPC team. From a marketing perspective with the targeting of several new market areas, interest has already appeared with many inquiries almost immediately. This hopefully will yield a bright future for Imperial Coin (IPC).