A pair of Bitcoin entrepreneurs and the MIT Media Lab has revealed a prototype for a system called Enigma, a decentralized cloud platform with guaranteed privacy. Enigma allows users to store, share, and analyze personal data without it being fully revealed to any party. Powered by the blockchain, Enigma aims to be a secure, multi-party computation.

Also read: Should we Raise the Bitcoin Block Size Limit?

The team at MIT has already developed a prototype for Enigma, which is based on a highly optimized version of secure multi-party computation, guaranteed by a verifiable secret-sharing scheme. MIT Media Labs’ whitepaper says:

“For storage, we use a modified distributed hashtable for holding secret-shared data. An external blockchain is utilized as the controller of the network, manages access control, identities and serves as a tamper-proof log of events. Security deposits and fees incentivize operation, correctness and fairness of the system. Similar to Bitcoin, Enigma removes the need for a trusted third party, enabling autonomous control of personal data. For the first time, users can share their data with cryptographic guarantees regarding their privacy.”

The main principle behind Enigma is developing a peer-to-peer network that enables different parties to jointly store and run computations on data without compromising the privacy. Encryption has been used for privacy purpose successfully; however, the problem with encrypting data is that sooner or later, the users have to decrypt it. While encrypting the data, users can keep their cloud files cryptographically scrambled using a secret key that only they possess to rule out any hacking. However, as soon as they want to actually do something with those files, anything from editing a word document or querying a database of financial data, they have to unlock the data and leave it vulnerable.

Thus, in ordinary data encryption, there is still a risk from hackers. However, MIT Media Labs believes it has solved this problem with its “homomorphic encryption,” a still-mostly-theoretical advancement in the science of keeping secrets. The MIT team plans to use this new form of encryption in Enigma

What is Homomorphic Encryption?

Before understanding Enigma, it is essential to understand what kind of encryption it will use. The team behind the development of the prototype says that it is using a homomorphic encryption scheme, a crypto system that allows computations to be performed on data without decrypting them. Thus, homomorphic encryption can be summed up as a method of performing calculations on encrypted information without decrypting it first. This method of encryption — if successfully implemented — could make cloud computing much more secure.

Enigma’s whitepaper from the team says that the product is a decentralized computation platform with guaranteed privacy. The team wants to enable developers to build “privacy by design,” end-to-end decentralized applications, without a trusted third party. The whitepaper elaborates:

“Enigma is private. Using secure multi-party computation (sMPC or MPC), data queries are computed in a distributed way, without a trusted third party. Data is split between different nodes, and they compute functions together without leaking information to other nodes. Specifically, no single party ever has access to data in its entirety; instead, every party has a meaningless (i.e., seemingly random) piece of it.” 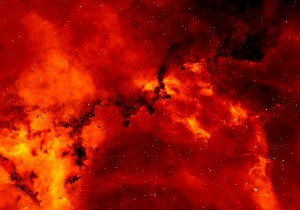 Although there are many possible uses for Enigma, the key utility it brings to the table is its ability to run computations on data without having access to the raw data itself. The whitepaper cites an example of how Enigma can be extremely useful in managing wages. “A group of people can provide access to their salary, and together compute the average wage of the group. Each participant learns their relative position in the group but learns nothing about other members’ salaries.”

Where Can Enigma be Used?

Enigma can theoretically be used for a myriad of purposes, including:

Do you think Enigma is a good idea? Let us know in the comments below!