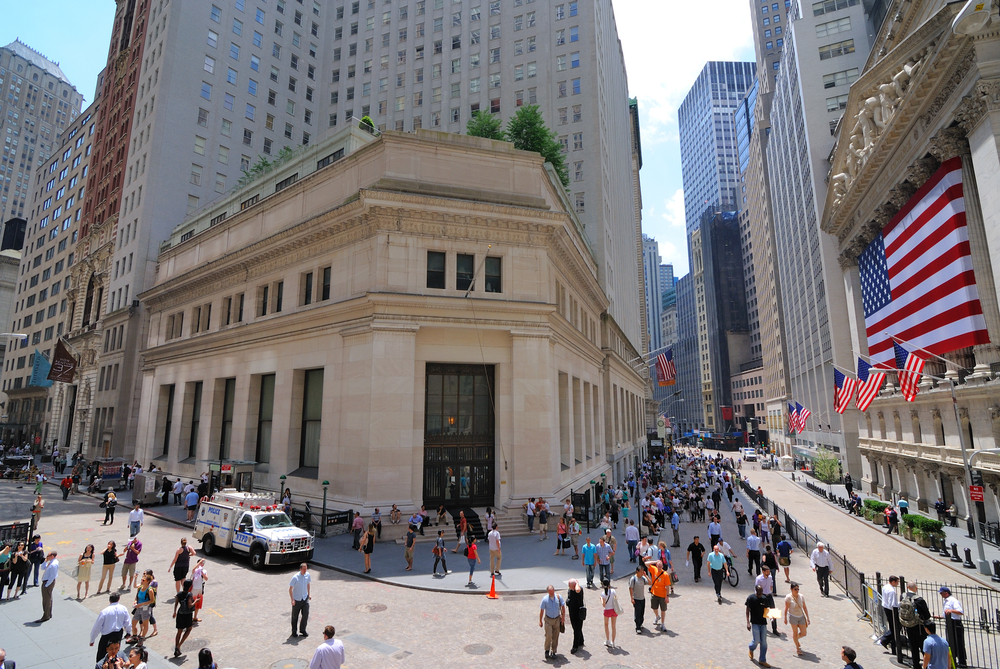 Economists at the investment banking giant said that they expect the global economy to print a V-shaped recovery by Q4/2020. Led by Chetan Ahya, the financial veterans cited a recent upside in growth data and policy action undertaken by global central banks as significant reasons behind the recovery.

They predicted a mild-recession heading further into the year, noting that the global GDP may shrink by 8.6 percent on a year-on-year basis. Nevertheless, with the economy in a new expansionary cycle and factory output improving post-lockdown, the GDP may start recovering in Q4/2020.

Morgan Stanley’s economists anticipate a rebound of 3.1 percent by the end of Q1/2021.

A non-correlated asset otherwise, Bitcoin’s proximity with macroeconomic catalysts has grown in the wake of the pandemic.

The cryptocurrency suffered significant losses during the February-March trade session, falling by more than 60 percent. Its wild move downhill coincided with a global market rout, wherein stocks, commodities, ETFs, and bonds fell in tandem. Investors dumped these assets to seek safety in cash.

But the intervention of governments and central banks took some pressure off the market. The U.S. Federal Reserve sent its benchmark interest rates to near-zero and launched an open-ended bond-buying program. The U.S. Congress, at the same time, introduced a $3 trillion stimulus package.

Central banks took similar measures in the Eurozone, Japan, Australia, and China. The result was a significant recovery across the global stock market.

With Morgan Stanley predicting a recovery ahead of Q1/2021, it could allow institutional investors to regain their confidence in the risky markets. So far, they have rubbished the stock recovery as retail-driven, citing examples of bankrupted companies like Hertz, whose equities swang high by as much as 80 percent.

“What you’re getting right now is this great disconnect between fundamentals and finance,” Mohamed El-Erian, chief economic adviser at Allianz, told CNBC. “Take Hertz. A company in a bankruptcy procedure that saw its share price go up […] now they’re talking about issuing stocks, warning investors they may be worthless.”

A majority of financial bigwigs expect a sharp pullback owing to a potentially bumpy economic recovery, as well as fears of a second-wave of virus infections. That could lead to a seismic capital shift from risk-on assets to safe-havens like bonds, gold, and even an oversupplied U.S. dollar.

A similar correction is taking place. On Monday, both Bitcoin and futures tied to the U.S. benchmark S&P 500 dived lower. Analysts believe the price action could remain, at best, choppy with a hint of an extended move to the downside.

#bitcoin is still moving in worrying closeness with the S&P 500 – not good pic.twitter.com/KDFNmnQ44d

Meanwhile, the next dip, coupled with an optimistic global market forecast, could open doors for institutional investors to join the rally. As the stock market resumes its uptrend, it would leave Bitcoin in a similar bullish bias. That could lead the cryptocurrency towards or above $10,000.