Bitcoiners all agree that the blockchain technology could be quite beneficial to everyone living on this planet, and that the time to start experimenting with its potential is now. Many still see Bitcoin as the prime use of blockchain technology, but that doesn’t stop other teams of developers and enthusiasts from creating their own blockchain projects. One of these projects is called NEM (New Economy Movement) which offers something entirely different from Bitcoin. 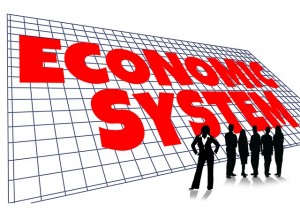 The balance of power in this world has shifted dramatically over the recent decades; the so-called “1%” controls all the power and wealth, while the rest of us have to work tooth and nail to make ends meet. Blockchain technology could thoroughly disrupt that paradigm, as it would allow anyone in the world to be a part of the “network” that controls the financial aspect of the future.

New Economy Movement is uses blockchain technology to bring back equal opportunity for all individuals. After all, it is our finances that are at stake, so we should have some say in how it is being controlled. In order to achieve that, NEM has come up with a unique aspect called Proof-of-Importance.

“We will never claim the NEM ecosystem to be a unique or perfect solution in order to solve some of the world’s most pertinent problems. However, because NEM is a blockchain-based technology, it can rectify certain problems that are visible for everyone to see in the real world.”

Proof-of-Importance (PoI) is a consensus mechanism that relies on several factors in order to rate the “importance” of an individual member as a part of the overall network. Not only will PoI measure the amount of coins in your balance, but also how active you are in regards to NEM as well as the “importance” of other user accounts you have interacted with in the past.

This ideology puts quite a spin on the current financial infrastructure, where people only look at how much money the richest people have. While it is good to keep a certain amount of bitcoin on reserve at any given time, it also creates a hoarding problem and where fewer people are willing to spend the coins. Spending your digital currency is a key element in sustaining its economic and financial value.

Unique Security Measures and a Large Team of Developers 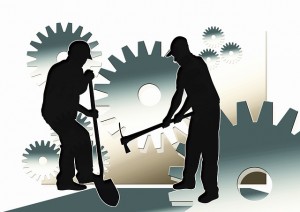 If there is one thing that has become quite clear to Bitcoin enthusiasts, it is the fact that security remains an issue. Not only for the end user themselves, but also for the platforms they interact with on a regular basis. NEM, on the other hand, is taking a different approach to providing security measures in the form of Eigentrust++.

Eigentrust++ is a peer reputation system that determines how various computers on the NEM network interact with one another. Furthermore, Eigentrust++ will direct network traffic — in the form of transactions and other means — to the most trusted sources, based on their Eigentrust++ peer reputation.

New Economy Movement also offers blockchain-based multi-signature options that will aid users in maximizing security, yet not sacrifice any user-friendliness in the process. Other features include time synchronization between network nodes, encrypted messaging, and the option to build additional layers of security and protection on top of the current NEM infrastructure.

“NEM’s entire base code has been designed so that it can be expanded later to accommodate new features. Most of the focus will be on improving security, as we feel this is one of the sticking points with other implementations of blockchain technology. We pride ourselves on bringing “world’s first” features to digital currency. Even if they have been done before, nobody else is doing them with the utility and user-friendliness of NEM.”

Digital currency is all about being decentralized and working on a borderless scale. The New Economy Movement’s team demonstrates exactly that, as all of the team members live in different locations around the world. And with so many people determining the future direction of NEM, there is no centralized power to speak of. 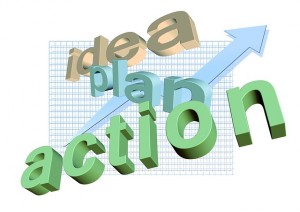 As we have seen in the past — and will see in the future — every bright idea seems to be tied to a new form of digital currency or digital asset. New Economy Movement is not an exception to this unwritten rule, as the team has created their currency, XEM, which officially launched on March 31st, 2015.

A total of 8,999,999,999 XEM were been created when the coin was launched, and distributed to roughly 1,500 people. A minor portion of the total coin supply was set aside for future development and other projects, including the creation of a silver coin project to give the founding members of NEM a 1oz. .999 silver NEM coin.

According to Coinmarketcap, XEM currently has a market cap of US$1,226,268 or 5,225 bitcoin at current prices. With a trading volume of US$14,150 [60 BTC] in the past 24 hours (as of press time), there seems to be a certain interest in the ideas offered by New Economy Movement. XEM can currently be traded on the Bittrex, Poloniex, and BTC38 exchanges.

What do you think of NEM, let us know in the comments below!

This author’s opinions do not necessarily reflect those of Bitcoinist.net.