Is El Salvador ’s decision to use Bitcoin as legal tender a risky proposition? Probably so. And now, we have the expert opinion of credit rating provider Fitch Ratings to prove it. To be fair, most of what they say is true. Bitcoin is volatile. At first, all businesses will probably exchange the BTC they earn for Dollars. We can’t be sure if the government’s program to do so will work as seamlessly as advertised.

On the other hand, it’s obvious they didn’t do their homework. Their Bitcoin knowledge is superficial at best. Fitch Rating’s analysis of the situation doesn’t offer any new insight and states the obvious over and over. Why is this a problem? Well, on their official site they claim to be:

An award-winning provider of credit ratings, commentary and research. In this era of volatility & technological transformation, we provide clarity and insight. Human insight, enabling our clients all over the world to make better decisions.

For that kind of talk, they could’ve done a better job.

What Did Fitch Ratings Say About El Salvador?

Will El Salvador be riskier as a country for insurance companies once the Bitcoin Law goes into effect? Absolutely. Especially at the beginning. This is a first-time-ever type of situation. Without precedent, how could it not be risky? Fitch Ratings is right when they say that the event “will likely be a credit negative for local insurance companies with exposure to the newly established currency due to higher FX and earnings volatility risk as well as additional regulatory and operating risk considerations.”

The company also says that they don’t expect Bitcoin to be “widely used by insurers to make claim or benefit payments or insurance companies to offer policies denominated in the digital currency.” That’s probably true. Everybody in El Salvador will be cautious at first, especially legacy businesses like insurance companies. Then, they claim:

The ability of insurers to minimize their holding period will depend on whether the regulatory and operational framework allows for bitcoin to be immediately converted to USD, which is not clear at this time. Insurers that hold bitcoin on their balance sheets for extended periods will be acutely exposed to its price volatility, increasing asset risk, which is a credit negative.

That’s fair. They can assess the situation that way until the first insurance company takes the risk, holds Bitcoin on their balance sheet, and starts flourishing like no other. However, isn’t it Fitch Ratings’ job to try to see beyond the obvious and provide some kind of insight? Also, President Bukele made clear El Salvador ’s plan to allow everyone to immediately change their BTC for US Dollars. Are they insinuating they don’t trust the government? Or did they not read that memo? 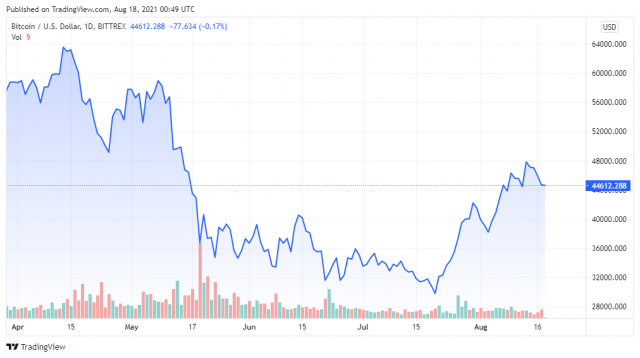 What Else Is Finch Ratings Worried About?

First, they criticize the speed of the operation:

The regulation, while in line with the ambitious timeframe for bitcoin adoption as legal tender, appears to be unnecessarily rushed and leaves insurance companies with very little time to adapt to its requirements, creating additional risk for the industry.

They don’t take into account that Bitcoin is an open network that is operational and El Salvador is just plugging into that. Insurance companies had time to do their homework and so did Finch Ratings.

Then, they criticize Bitcoin’s defining characteristics:

Fitch views bitcoin’s lack of transparency as a downside risk and anticipates treating bitcoin as a “risky asset” in its Risky Asset Ratio, to the extent such holdings can be identified.

The blockchain is an open ledger that registers every transaction forever. In many ways, it’s orders of magnitude more transparent than the current system. In others, it’s opaque. They do well treating it like a “risky asset,” because they clearly don’t know anything about it.

After that, they contradict themselves:

Fitch generally views earnings derived from speculative activities or risky exposures such as bitcoin as a credit negative, since gains could quickly reverse, creating a volatile earnings stream.

Weren’t they expecting insurance companies to immediately exchange their BTC for Dollars?

And finally, they state the obvious once again:

Fitch anticipates that the adoption of bitcoin will require insurance companies to absorb new IT, operating and administrative expenses.

As they should. And so should Fitch. Being clueless about Bitcoin is the riskier option there is.