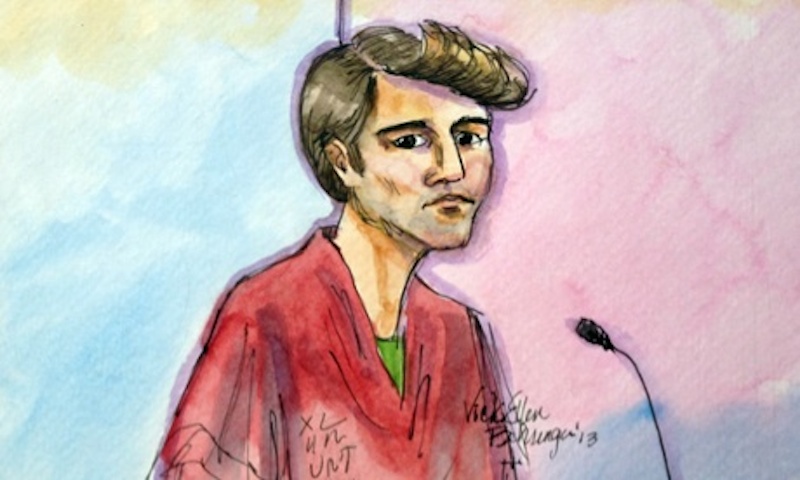 by Alberto Mata
in Bitcoin, News
1

Ross Ulbricht, the alleged Dread Pirate Roberts mastermind behind the defunct Silk Road, is going to trial next month.

The latest attempts in his favor where rejected in a ruling by US District Judge Katherine Forrest. Judge Forrest’s ruling tells that Ulbricht cannot claim a violation to his 4th amendment right to privacy because he has not claimed ownership or privacy interest in the Icelandic server. The Icelandic server held information used to gain the “Pen-Trap Orders” and warrants that led to the allegations against Ulbricht. Judge Forrest gave Ulbricht a few days to submit a personal affidavit that claims ownership or privacy interest in the Icelandic server.

Ulbricht’s defense challenged the FBI’s acquisition of the Icelandic server, and the government agent Christopher Tarbell released a US District court filing on September 5 about how the Silk Road was discovered. It turns out that the Silk Road was running on the Tor network using Hidden Services, but an improperly configured CAPTCHA on the log-in page leaked the server’s IP address. The FBI located the server, and according to Christopher Tarbell’s Declaration, asked the jurisdiction to “proceed with covertly imaging the server”, gaining access to “databases reflecting Silk Road vendor postings, records of Silk Road sales, private messages between Silk Road users, and other forms of Silk Road user activity.” The information stored on the Icelandic server led to the discovery and warranted searches of two backup servers. By this time, the FBI’s lead suspect was Ross Ulbricht, and the FBI obtained the “Pen-Trap Orders” that allowed sniffing data packets directly from Ross Ulbricht’s Internet service provider account to confirm the identity of Ulbricht as Dread Pirate Roberts.

Ulbricht’s defense presented a solid argument based on the server’s setup files as analyzed by expert witness J. Horowitz, a lawyer and tech expert. Horowitz claims:

“…based on the Silk Road Server’s configuration files provided in discovery, former Special Agent Tarbell’s explanation of how the FBI discovered the server’s IP address is implausible;””

Horowitz declares that the Icelandic server cannot have been accessed in the manner as described by Tarbell because the server was configured to deny connections from all IP addresses except local host and the front-end server. A decision on Horowitz technical argument could have set new precedent about digital forensic boundaries, but the argument was deemed irrelevant.