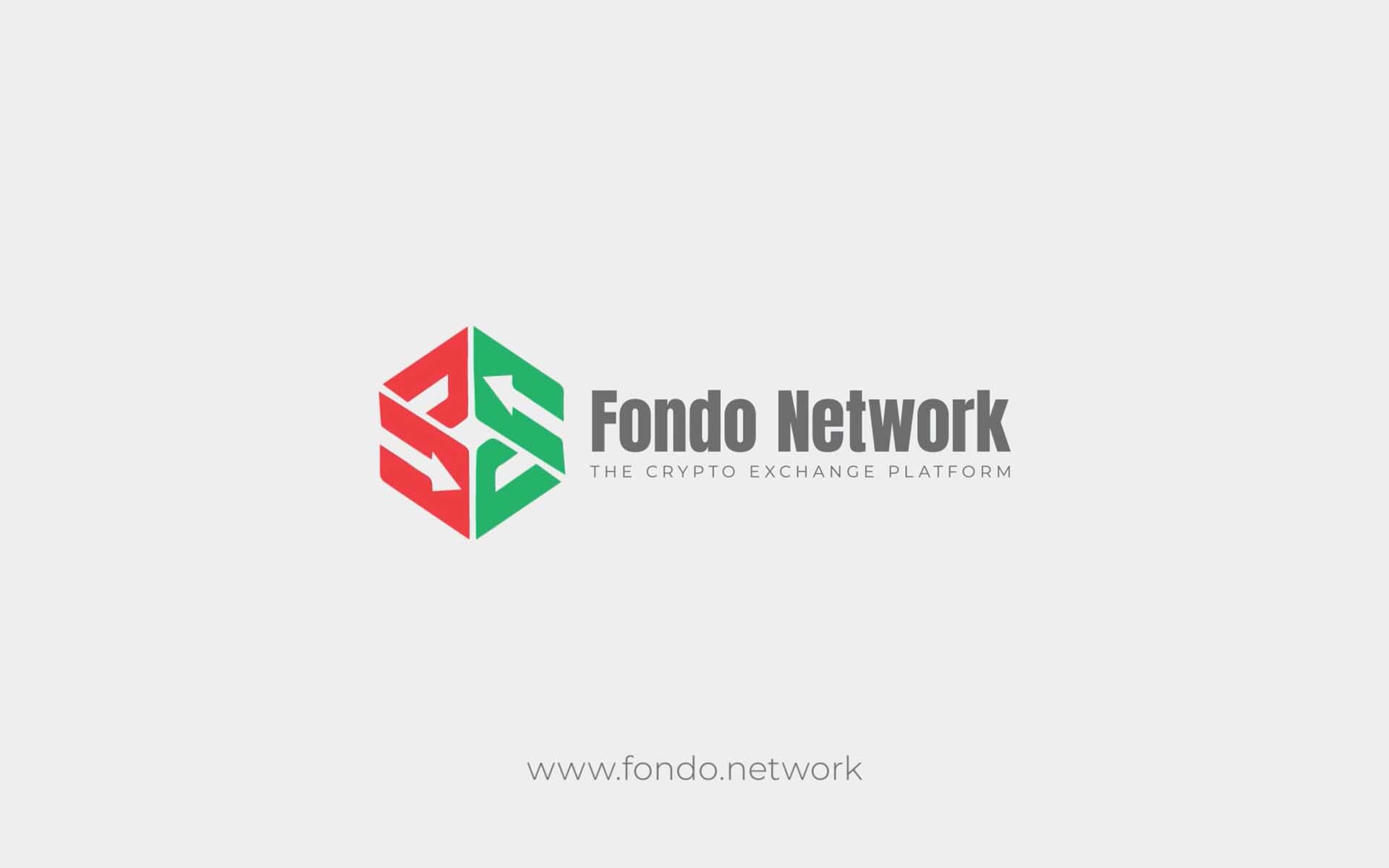 At the “How to Develop Cryptocurrency” conference that was held on June 4, 2018, in London, England. ICO Investment Finance experts met and proposed the SE-ICO model, which is an upgraded version of ICO that aims to protect investors from risking a variety of fraudulent or failed ICOs after fundraising.

This is the hottest topic discussed in the crypto community in recent days.

The SEICO (Secured and Ensured ICO – ICO 3.0) is ICO’s most revolutionary breakthrough, ensuring the benefits to investors in the face of dramatic market changes. SEICO is an ICO that combines two forms of Secured ICO and Ensured ICO. While Secured ICO mitigates investment risk, Ensured ICO increases its margins further. 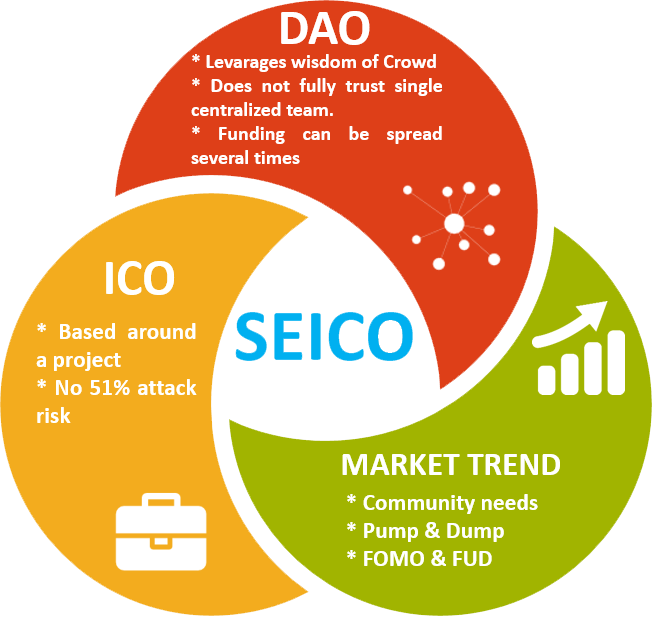 To find out, we will first analyze the investment issue of investors. They will think of investing in top Coins as BTC, ETH or ICO project they are paying attention to achieve higher profits. SEICO will solve this problem thoroughly for investors. 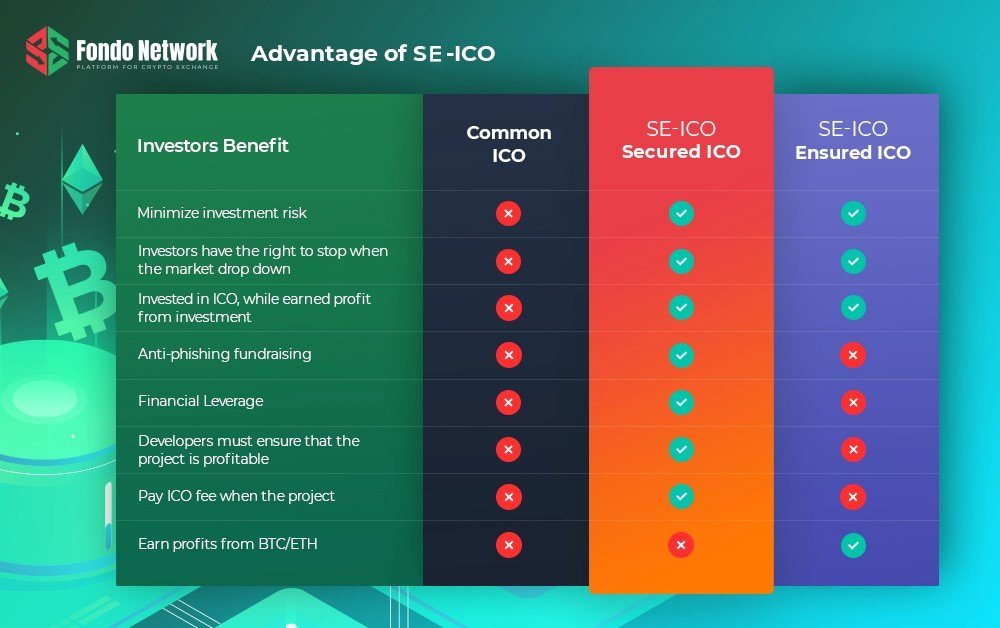 What is Secured ICO?

Secured ICO is ICO secured by the ICO right of purchase, just prepay part of the value of the ICO package purchased and track the progress of the project. When the Tokens of the project increase in price, the investor can pay the rest to receive the Token with the original ICO price. For example, Sarah uses $ 500 to buy 10,000 Secured ICO packages worth $ 5,000. First, Sarah will receive 1,000 Token. Then Token prices increased several times on the floor, Sarah can still use $ 4,500 to buy the remaining 9,000 Token to sell and to enjoy the difference. If she feels the ICO is out of reach, Sarah can stop investing without being bound by any conditions.

Disadvantage: There is a risk that the price increase of ICO may not equal the increase in the price of Top Coins such as BTC or ETH. Thus, investors are profitable, but not equal to BTC / ETH investment.

What is Ensured ICO?

Ensured ICO is the ICO guaranteed by the value of the payment currency. Usually BTC or ETH. If after purchase Token, BTC / ETH continue to increase value, while the project is still in the development stage. Investors will be reimbursed the difference from the purchase price. This is the biggest advantage for Ensured ICO safety to invest more than other conventional ICO many times.

For example: John invested for Ensured-ICO 1 ETH at 1 ETH = 500 USDT. When ETH raises the price to 800 dollars, John will be able to get a refund of  300 USDT depending on the time John decided. As such, John still has his Token Investment with ETH’s profits. In case, ETH reduced to 400 USDT. John is still worth the investment of 500 USD, no damage at all.

Advantage: Create double profits for investors when they have the opportunity to increase their assets through ICO and will not miss the market trend through BTC / ETH.

Disadvantage: There is still risk that if the market drops down comprehensively both ICO and BTC / ETH, investors will still suffer losses.

With the above, SEICO is a big breakthrough and comprehensive revolution of the ICO with superior advantages compared to the common ICO. The combination of two forms of Secured ICO and Ensured ICO with outstanding profits allows investors to have many options and create effective working pressure on the development team. On the other hand, the risk still exists even that has been minimized. But profit is always accompanied by risk, this is the rule of investment. Investors need to be aware to choose the right investment package for their own direction.

Fondo Coin – the First SEICO Project in the World

Fondo Coin is appreciated by many expert investors due to the excellent combination of SEICO and Exchange-based coin model, using quarterly earnings. The model has been successful with a variety of platforms such as Binance Coin, Kucoin Share or Huobi Token. 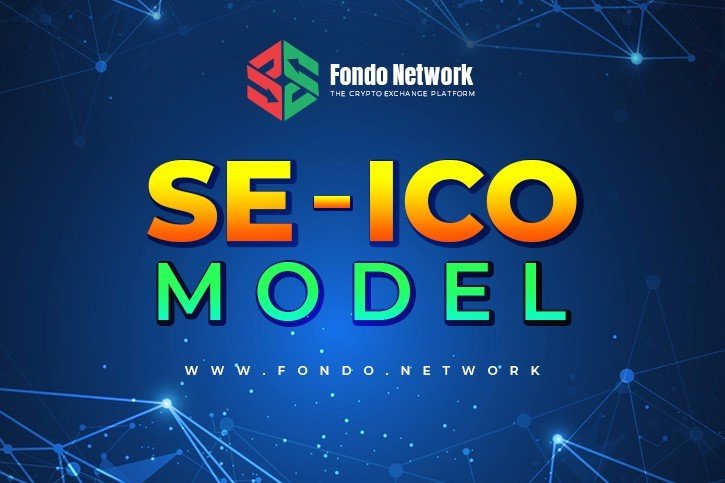 When purchasing FDC, the investor could select for the appropriate investment package with the desired profit and risk. With Secured FDC package, users only need to pay 10% of their value to own 10 times the FDC purchase rights in 3 months after ICO ended. With the Ensured FDC package, investors will have FDC balances and USDT balances, when BTC / ETH increases, they can withdraw at any time they want.

Fondo Network, the Centralized Exchange will use 40% of its quarterly incomes to buy FDC and burn off. Ensure sustainable growth of FDC. As such, FDC investors will enjoy double profit from rising BTC / ETH and stable growth of FDC.

In addition, Fondo Network has an ICO affiliate policy with commission up to 12%. And will share up to 70% transaction fee for the referral member on the trading exchange.

Join the ICO program of Fondo Coin before it sold out.