The Korecoin team is hard at work developing the Æther Kripton OS for their korephone smart phone. 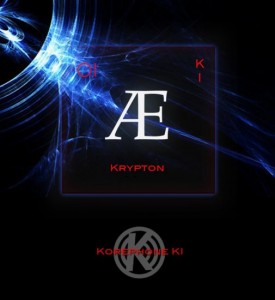 The Korecoin team is hard at work developing their Æther Kripton OS. As we learned previously, the operating system itself has been tested through an emulator and is running smoothly. We have received some more details about the OS itself, and the efforts being made by the team in order to attract more mobile developers.
One of the things everyone should be aware of is the fact Æther Kripton OS is not an Android fork. It’s a new mobile operating system which, at this time, contains over 8,000 lines of written code. Just try to picture the amount of hours required in order to code such a massive project, and you will see why it has taken a while before the Korecoin team revealed any information.
Having a mobile OS is one thing, but you need applications to make it usable. There are several test applications being written as we speak, and the team keeps looking for more mobile developers who want to create applications for Æther Kripton OS. This is achieved by posting a listing on several forums, including the well known XDA Developers Forums ; with a request to list the thread amongst the other main OS Threads.
Some of the applications currently being tested through the emulator include the Korecoin wallet, an address book, a call function, a search function and a messages application. All of these programs run smoothly on Æther Kripton OS in this environment, thus creating a solid foundation of usability for this operating system.

To get the app coders on their way , the team is currently compiling the essential API’s, including documentation; as well as a simple SDK. The Æther team expects to meet their projected Dec 12th release , and they will then reach out to even more coder forums.

We are also told the Æther Kripton OS will go where no Operating System has gone before, so we await the details that will further explain that statement. Check out the screenshot and GIF : http://i.imgur.com/j6L0Nrb.gifto see these test applications that run in their secure sandboxed environment: