On Friday, October 12, 2018, Gemini announced the addition of Litecoin (LTC) to its trading catalog. Litecoin becomes the fourth cryptocurrency added to the Winklevoss-owned platform.

Eric Winer, the platform’s VP of Engineering announced the news via a post on the company’s Medium account. According to the announcement, customers will be able to deposit LTC into their trading accounts from Saturday, October 13th, 2018, while trading commences the following Monday, October 16, from 9:30 am EDT.

We are pleased to announce that @litecoin (LTC) is now available on Gemini! Starting tomorrow, we will begin accepting Litecoin deposits, and trading will open across all currency pairs on Tuesday. For more information, please visit our blog on @Medium https://t.co/it5xuF9Hr5

With the addition of Litecoin, Gemini now boasts four cryptocurrencies on its trading catalog. LTC will also be available for trading with the other three virtual currencies — Bitcoin (BTC) [coin_price], Ether, and Zcash, as well as an LTC/USD trading pair.

While announcing the news, Winer also noted the platform’s commitment to complying with the standards set by the New York State Department of Financial Services (NYSDFS), saying:

Gemini continues to grow with a “security-first” approach, and we have worked closely with the NYSDFS to gain approval for Litecoin trading and custody services. We are excited to provide our customers with a safe, secure, and compliant method to buy, sell, and store these digital assets.

The blog post further revealed that Gemini planned to announce Bitcoin Cash support together with the addition of LTC trading pairs. However, the Winklevoss-owned platform says it will postpone such plans given the confusion over a likely BCH hard fork coming in November.

At the time of writing this article, the announcement was only a few hours old — but there was already a slight increase in LTC price following the announcement. Litecoin is down more than 83 percent since the start of the year and is currently ranked seventh based on market capitalization. 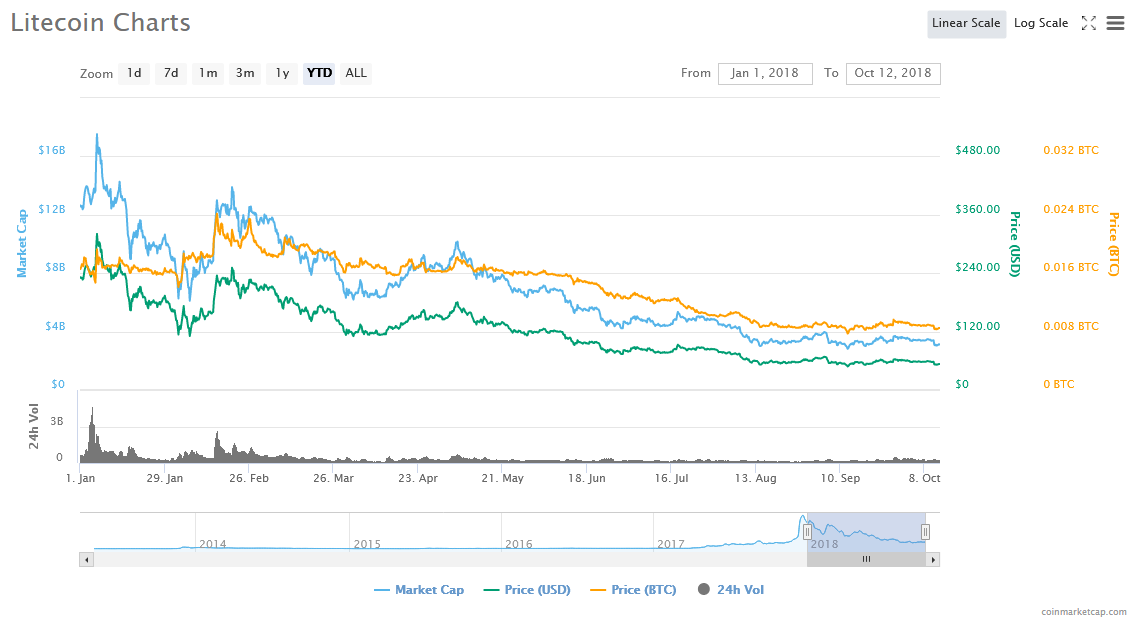 For Litecoin, the addition by Gemini follows a similar listing by cryptocurrency prime dealer SFOX in September. In a recent interview with the platform, LTC creator, Charlie Lee opined that the cryptocurrency’s relevance as the “silver to Bitcoin’s gold” is still as relevant today as it was when he envisioned Litecoin.

Lee also described the emerging cryptocurrency movement as laying the groundwork for what he called “sound money” — immutable, censorship-resistant, and free from inflation. Lee, however, admitted that presently only Bitcoin and perhaps Litecoin and Monero closely embodied the principles of sound money.

Will Litecoin price experience a resurgence on the back of Gemini’s listing? Let us know your thoughts in the comment section below.