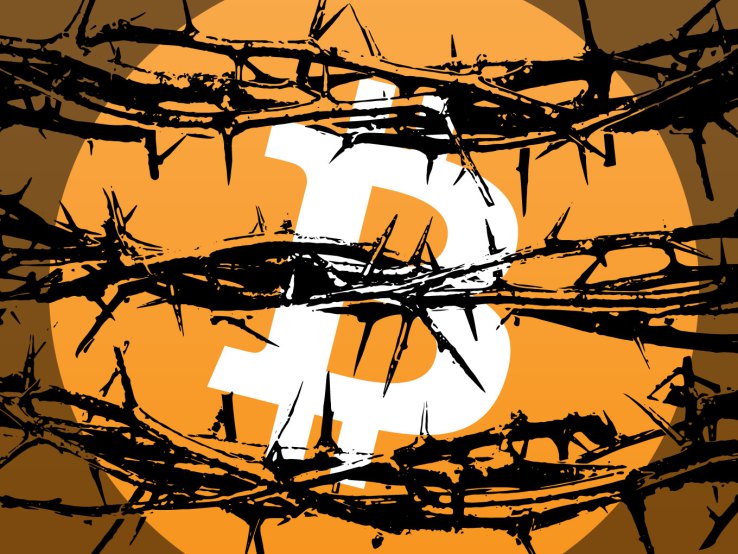 Two weeks ago, Western Union received a patent for “Alternative value exchange systems and methods,” which, in short, is a way for the company to use and accept “alternative currencies.” At the time of filing, back in 2009, these currencies included barter systems like Bartercard and virtual gold and dollars from various online sources, including Second Life and World Of Warcraft. Western Union, we should remember, thinks bitcoin isn’t that interestingbut would love to get a piece of the virtual goods market.

Unfortunately, the patent includes these few tidbits, which bitcoin itself could currently infringe upon:

That’s not all. Last March, eBay filed another patent on a BTC currency exchanger which, according to eBay CEO John Donahoe, could be a sort of “digital wallet that can take multiple types of currency.”

This looks to be more like a multi-currency wallet that would allow users to deposit and use bitcoin in their PayPal accounts, a tool that would definitely get the attention of a certain breed of bitcoin bull.

But looking at this a bit more realistically, it’s clear big money transfer companies are looking to nip this bitcoin thing in the bud. This loving embrace of bitcoin is far from magnanimous. It’s the sort of bear hug that smothers the hugee and gives the hugger a brief advantage. I suspect, for example, that PayPal would love to accept Bitcoin all day long and trap it within their system with their own sort of currency (PP Points? PalDollars?). Additionally, Western Union just wants to prevent its clientele from realizing that current currency transmission pricing is wildly high.

In a very detailed post on Coindesk, Reed Jessen of the Cryptocurrency Defense Foundationassessed the patents with a lawyer’s eye. All is not lost, he concludes. Western Union, for example, has patented the addition of an “assessor” step to the fiat currency to digital currency exchange, which allows the company to have a middleman to “assess” the value of the trade. This would create a sort of Standard & Poor’s for cryptocurrency sellers, rating some traders as high and others as low.

These patents may be too little too late when it comes to bitcoin. One of the primary reasons the currency has taken off is that it is completely decentralized and its users and enthusiasts have every reason to keep it that way. Like the Internet, plenty of folks can attempt to patent email and submit buttons, but in the end the network routes around damage. Unlike 3D printing patents, for example, there isn’t just one way to do a specific thing in cryptocurrencies (generally speaking) and the resulting mishmash of techniques is impossible to patent.

PayPal and Western Union need to accept cryptocurrency as a looming threat. The question is whether they embrace it or attempt the old Microsoft trick of embrace and extend. The former will keep them in goodwill for years while the latter could spell their doom with the digerati.