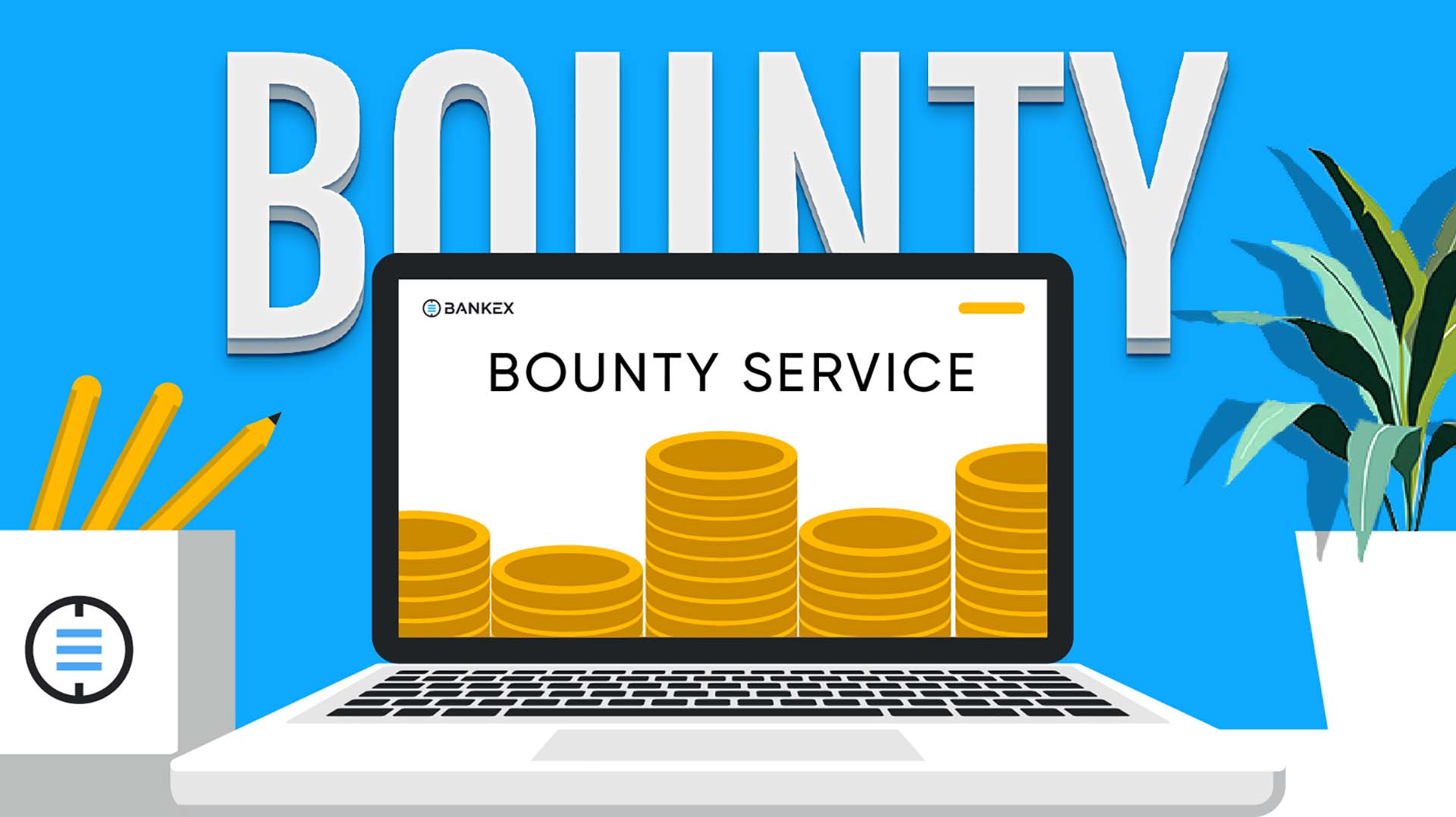 BANKEX has launched the BANKEX Bounty Service, the first turnkey service to automate and structure bounty and airdrop campaigns, making the entire process transparent and accessible for both bounty organizers and hunters. The comprehensive solution eliminates the majority of human error endemic to bounty campaigns. The BANKEX Bounty Service also radically reduces the cost of bounty and airdrop campaigns by up to 50%.

Initiating bounty and airdrop campaigns is an increasingly popular and productive way to solve different issues including debugging code, outsourcing the promotion of products or events, content creation, translation, moderation and managing forums and other issues suitable to crowdsourcing activity. BANKEX Bounty Service provides an all in one platform with a user-friendly interface and intuitive navigation to realized such campaigns.

BANKEX Bounty Service helps organizations and individual bounty organizers to launch bounty campaigns and airdrops, define parameters, notify hunters, verify submissions and distribute rewards to bounty hunters – all with a single interface.  Before the all-in-one capability of Bounty Service, organizers had to engage internal company resources to manage each stage of a bounty campaign, requiring time, attention and budgets. Organizers normally have to work manually with Google tablets, create duplicate tables for different purposes and manage incompatible programs and applications or even develop special software for individual bounty campaign functions.

The ad hoc nature of bounty campaigns means a lot of human error and dedicated management resources. The BANKEX Bounty service automates the bounty campaign process, reducing errors from incompatible tools and human factors. The Bounty Service can be operated by a single person and doesn’t require manual administration of blockchain addresses.

After bounty organizers set up an account, they can create entire campaigns with a single application, reducing time and budget resources spent on development by up to 50%. Organizers can choose from existing bounty templates within the Bounty Service or even create their own bounty campaign templates. BANKEX Bounty Service comes with a database of bounty hunters giving organizers ready access to potential participants for their campaigns immediately after announcing a campaign, setting parameters and posting the reward volume. Organizers can also post a direct link to their bounties anywhere on the internet to direct bounty hunter traffic to the BANKEX Bounty Service.

Bounty Service has automated processes for collecting and collating bounty results and distributing rewards. All bounty hunter submissions are validated,  duplicate submissions are filtered from successful ones and placed in a separate column. The results are shown in a simple visual interface so organizers can easily assess results. After the completion of a bounty campaign, organizers can distribute reward tokens to winners simply by pressing the “Pay All” button without the need for lists, separate agreements or manually typing blockchain addresses. All campaign results are transparent thanks to blockchain technology.

The BANKEX product development team ran dozens of pilot projects before the official launch and feedback was overwhelmingly positive. A variety of pre-launch pilots for both bounty and airdrop campaigns were conducted, including independently organized campaigns. At the time of launch in beta, Bounty Service will have a dedicated pool of over 500 validated bounty hunters to server campaigns initiated on the Service.

“We ran our pilot campaign to outsource debugging of certain lines of code,” said Grigory Yakushev, BANKEX Bounty Service Product owner. “We enlarged the bounty hunter pool and tested the speed of the reward transactions – it’s faster than any bounty campaign process on the market today.”

BANKEX Bounty Service will offer a free month of access to the platform for the first one hundred bounty and airdrop organizers. To become one of the lucky organizers, contact Grigory Yakushev at BANKEX.

Bounty hunters can open accounts to explore bounty programs, sign up for particular programs, submit solutions and collect bounty rewards in tokens all in one place and without delays.

BANKEX Bounty Service offers security for bounty hunters against the risks of non-payment and delays in the distribution of reward tokens because campaigns using Bounty Service must have a dedicated wallet with a requisite deposit of funds before the launch of a campaign.

In the near future, bounty and airdrop organizers will benefit from a number additional features now in development. Soon it will be possible to create custom bounty program templates as well as the ability to renew previously completed bounty and airdrop campaigns using the same wallet should there be funds remaining without the need to initiate new campaigns. The BANKEX Bounty Service team will also offer a bulk discount rate for organizers conducting a larger volume of campaigns.

BANKEX is a global fintech company that operates a Proof-of-Asset Protocol to bring Bank-as-a-Service (BaaS) and blockchain together and facilitates the digitization, tokenization & exchange of traditional assets. BANKEX`s end-to-end ecosystem bridges the gap between the emerging blockchain sector and the traditional finance industry with innovative IT solutions.