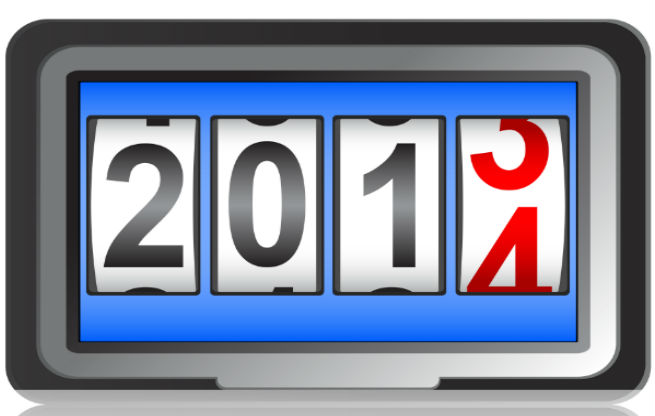 This is the second instillation of a two-part article that discusses whether or not 2014 was a success or failure for Bitcoin investment. In the first part, we looked at the year-long downtrend in the Bitcoin price, and assessed the usefulness of the price in determining the growth of Bitcoin as a whole. We concluded that the possibly fraudulent activity from the Mt. Gox Bitcoin exchange may have artificially pumped the Bitcoin price to its 2013 peak. Therefore, 2014’s price declines do not necessarily signal a dying crypto-currency.

Alternatively, the price declines could be indicative of a market correction that has not yet been completed, in which the Bitcoin price is adjusting to the real level of demand on the market. Another factor contributing to the decline, which we did not discuss in part one, is the increasing supply coming from Bitcoin mining. The post-Gox correction combined with increasing supply could lead to continued price declines. The possibility that this year’s Bitcoin price decline is actually a correction—an adjustment to a more realistic level of demand—means that price may not be the most accurate measuring stick when analyzing the state of the Bitcoin economy in 2014. The price may have fallen significantly, but it may not be the case that people are actually losing interest in the digital currency.

Therefore, this second installation of our two-part article looks at changes in the Bitcoin economy that occurred beyond changes in the price. We will examine the growth in Bitcoin investment from venture capitalists, growth in the number of Bitcoin companies created, growth in Bitcoin jobs, and Dark Net market activity. By analyzing these aspects of the Bitcoin economy, we may be able to get a clearer picture of the state of Bitcoin investment in 2014.

Despite the falling Bitcoin price, investment in Bitcoin’s economic infrastructure actually grew during 2014. According to Bitcoin Pulse, the number of people on AngelList looking to invest money in new Bitcoin companies grew steadily throughout the year. Bitcoin Pulse defines Bitcoin investment as the “Number of investors on AngelList listing ‘Bitcoin’ under the ‘What I’m Looking For’ markets.”

As of December 19, 2014, the number of Bitcoin investors on AngelList has grown as follows:

As we can see, the number of people looking to invest in Bitcoin companies has increased steadily throughout the year, even though the Bitcoin price has consistently fallen during 2014.

Bitcoin Pulse lists the following growth statistics regarding the number of Bitcoin companies appearing on AngelList:

Considering that the number of Bitcoin companies has grown in 2014, it is a given that the number of Bitcoin jobs has grown as well. Nevertheless, we will look at the data on Bitcoin job growth provided by Bitcoin Pulse. Bitcoin jobs are defined as the “Number of jobs listed by companies classified as in the ‘Bitcoin’ market.” Keep in mind that Bitcoin Pulse does not mention whether or not the salaries for these jobs are paid in Bitcoin or fiat.

The data is as follows:

The data shows that the number of available Bitcoin jobs on AngelList has fallen in the last month, but overall the year has seen positive Bitcoin job growth. Additionally, we must note that the Bitcoin job growth data in this article is only from AngelList. Due to time constraints, I did not compile data from Coinality, a popular Bitcoin job board, or r/Jobs4bitcoins, a Reddit forum that allows Bitcoin employers and job seekers to find each other. It is likely that there was significant growth on both of these platforms in 2014

It also may be worth noting that the monthly average growth in the number of Bitcoin ATMs across the globe has increased by 8.39% in 2014, with a total number of 331 Bitcoin ATMs available worldwide. 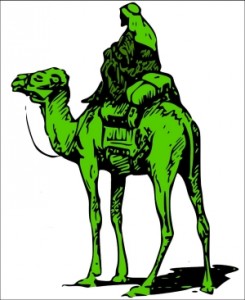 Dark Net markets make up a significant portion of the activity that goes on in the Bitcoin market, even though these markets are often overlooked by Bitcoin analysts. Regardless of any moral or legal arguments for or against Dark Net markets and how they influence Bitcoin’s public image, growth in this illicit sector also means growth in the Bitcoin economy as a whole.

Various world governments have worked together during 2014 to crack down on these Dark Net markets; Operation Onymous is the most recent of these government efforts, and they succeeded in seizing and shutting down several drug markets on the Dark Net. Some people have credited these crackdowns with the year-long decline in the Bitcoin price, as governments have increased the risk of operating a market or shopping on one. These people say that this increased risk has lowered activity in these illicit markets, thereby lowering the demand for Bitcoin and in turn decreasing the price.

However, while government operations like Operation Onymous undoubtedly increased the perceived risk of running and using Dark Net Markets, it may not be the case that these operations have actually decreased the level of Dark Net activity. I spoke with the administrator of DeepDotWeb, a news website dedicated to covering developments in the Dark Net. Here is what he had to say about the level of activity on the Dark Net after Operation Onymous:

It [Operation Onymous] did not have any effect -from several reasons: 1. There was only 1 single market that was taken down which had significant traffic – Silk Road 2,  the rest were negligible. 2. All of the users Just shifted to the next market, like always.  After SR1, Sheep etc… 3. Some of the sites that were taken down were just scam (pandora) / phishing sites (many orthers, see here – so the feds basically helped clean the DeepWeb. 4. Some copycats have already poped up to pick up the “low hanging fruits” searching for “Silk Road” and willing to get scammed. 5. And as always, the media exposure just bring more users. Especially when looking at points 1, 2 & 4 –  i have them backed up with clear traffic data. (Emphasis added).

DeepDotWeb’s administrator also noted that he believed the failure of Operation Onymous in diminishing Dark Net market activity is significant because these markets likely make up the “key ingredients” in the current state of the Bitcoin economy:

If we will review the places that generates BTC’s transaction volumes: 1. DNM’s and all the related transactions such as tumblers, laundering, exchanges. 2. Casinos – That some may Overlap with DNM’s launderings. 3. Forex / Day traders / Speculators of BTC – Same. 4. BTC Exchanges transaction volume – there is no “volume” there – just the volume that feeds other activities anyway. 5. Some companies accepting BTC for services or goods – Nobody really believes that the transaction volume generated by Overstock’s sales (for example) is more than a fraction of %. I think its pretty safe to assume where we will find the highest turnover in flat BTC transactions.

In conclusion, the data presented in this article suggests that the Bitcoin economy underwent a considerable amount of growth in 2014. Given this growth, it seems as if looking solely at the Bitcoin price provides only a mere fraction of the economic activity that occurred in the Bitcoin world during the year. Therefore, I believe that it is inexpedient to call Bitcoin “the worst investment of 2014.” Furthermore, I think that it is far too early to declare Bitcoin an overall success or failure. I do think 2015 will bring positive prospects for the Bitcoin economy, though; I believe the Mt. Gox correction will finally end at some point in early 2015, possibly ushering in some Bitcoin price stability. In addition, I think that growing regulatory clarity from the various governments of the world—be it positive or negative in the eyes of the community—will provide legal stability for the digital currency, thereby making Bitcoin investment less of a risk.

What do you think we should look for in the Bitcoin economy in 2015? Let us know in the comments below!