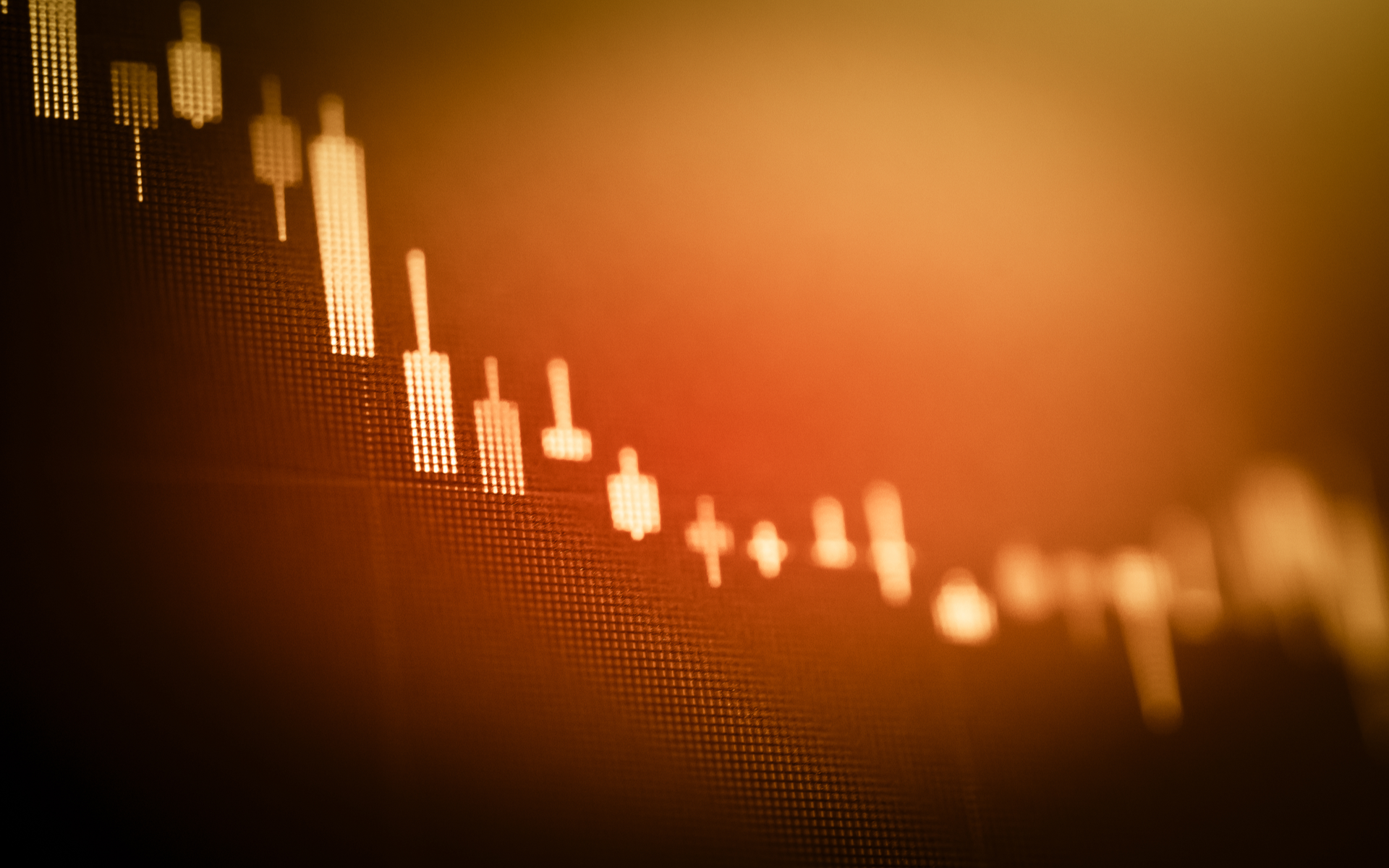 Although this time it is largely going under-reported in mainstream media and is yet to capture the imagination of the general public, who normally arrive late to the party.

Having found support at $7.5k last week and printing new highs on Sunday, BTC/USD has begun the new week positively, again putting the newly found 2019 highs of $9,391 under pressure.

The VPVR, which illustrates volume traded at price levels, shows that above $9,300 there is very little price history which — as was found below $6k — can result in fast moves while the market attempts to rationalize the relatively unchartered territory.

Therefore, should bitcoin price continue moving upwards and can break through $10k there may still be room to move higher.

The Mac-D continues to trend upwards above zero but is doing so with slightly less conviction as shown by the histogram failing to print a higher high as its signal line catches up with BTC price.  This is something to keep an eye on but nothing to lose any sleep over yet for the bulls.

The 100 WMA was an important support level during the parabolic advance from 2015 lows and may prove to hold as support when there is the inevitable correction.

The Monday morning price action has seen the bulls re-enter the market, pushing price back up to test the yearly highs. The main task for the bulls now is to establish support at $9k and find the momentum to break through $10k.

Current price action looks to be following a similar pattern to that which was seen when bitcoin was trying to break through $6k.  Should bitcoin be able to continue finding support above previous highs, a similarly large move of disbelief could occur before the end of June.

As previously reported by Bitcoinst, the next logical target would be as high as around $13k which is where the 61.8% retracement level from the lows back to the 2017 highs is typically where pro-traders will look to start taking profits and put in their short positions.

As reported in last week’s update we remarked that there was a bearish sentiment amongst leverage traders in the market with Bitmex funding being negative and the Bitfinex long-to-short ratio being at parity. 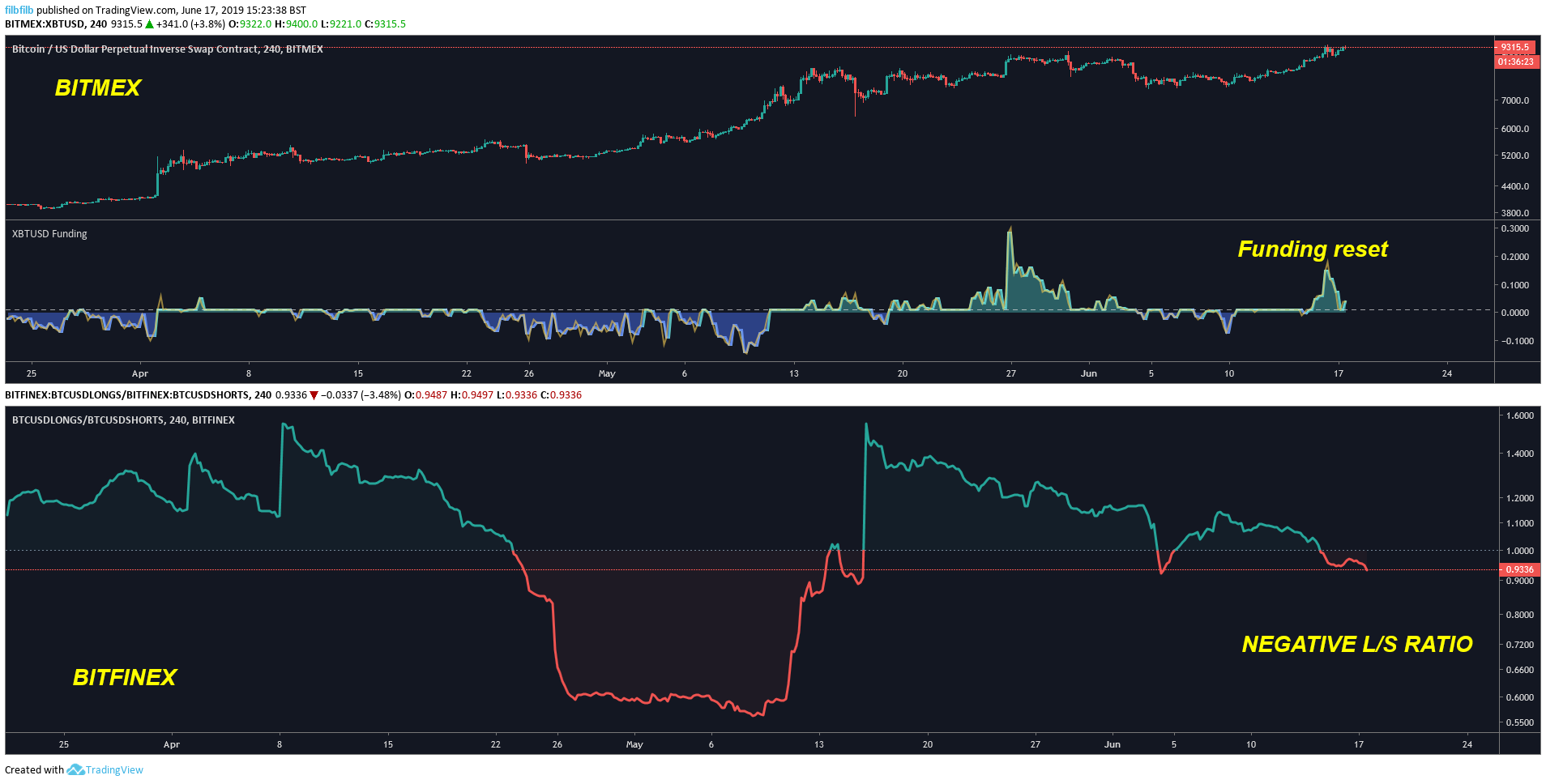 The Long-to-Short ratio has now moved negative to 0.93, having briefly moved positive last week and the Funding rates at Bitmex have reset after reaching relatively high rates last week.

Next Bull Target for Bitcoin Price

While it remains to be seen what will happen next for BTC, the market seems to be of the view that $10k may be difficult to overcome – this is the same sentiment which was seen when Bitcoin was “unlikely to break $4k and $6k,” which is a positive sign for those who remain contrarians to the overall market.