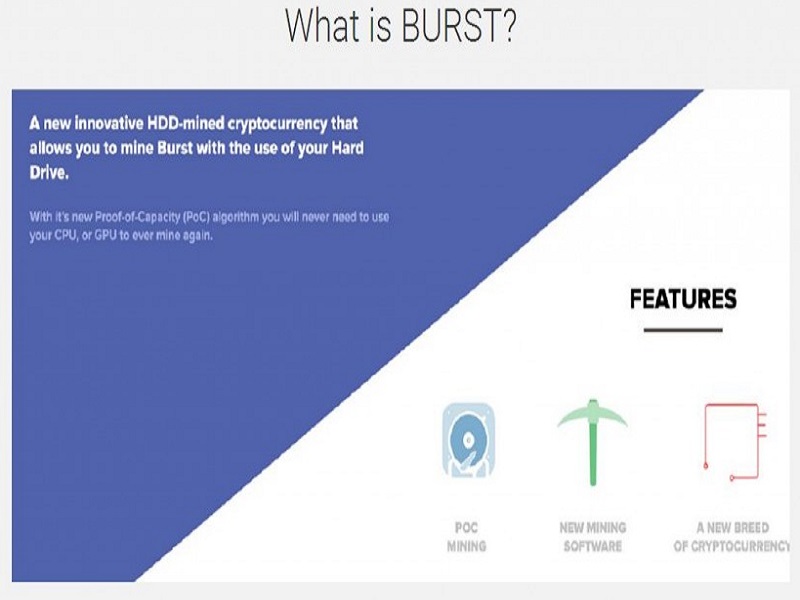 BURST, the latest Bitcoin 2.0 cryptocurrency, uses a unique algorithm called “Proof of Capacity” (POC). POC utilizes miners’ unused hard drive space instead of their processor or graphics card to mine. Additionally, BURST says that it will offer a free marketplace without fees, taxes, and has no central authority. According to BURST, these qualities make its market place a competitive alternative to eBay.

What is BURST Market?

The BURST Market is located inside the  BURST wallet  and the payment  is consequently done  in BURST,  which easily  can be bought or traded at poloniex.com, bittrex.com and c-cex.com. People can buy and sell  items is, and set up escrow with ease into the BURST  wallet. BURST is likely to set the standard for upcoming online-shopping. As BURST can offer a free marketplace without fees, no taxes and no central authority setting the rules, the reasons to use a centralized marketplace such as eBay are less.

From an announcement made by the company:

“In a way, we are only at the beginning of a journey that will transform the ways we think of Internet. After those press releases, we are now proud to announce the BURST MARKET explorer. You will find it here: http://burstcoin.info/market/, an easy way to see all items available on the BURST MARKET (a few items are already for sale).”

The BURST  Market Explorer offers an  easy  way  to  see items  available for  sale, and it allows people to place ads for their products. A few  items are already for up-sale, and the number of available goods is expected to increase. As the supply and range of products on the BURST Market increase, a tool for searching for items of interest is being developed by a team of  over  15  dedicated  developers working with core features, software, and promotion.

You Can Mine BURSTCOIN with Dirt Cheap Hard Drive

The idea behind the development of BURST is to make mining cheap and easy. Whereas mining Bitcoin and other cryptocurrencies are expensive, BURSTCOIN uses Proof of Capacity (POC), which allows the user to mine with dirt cheap hard drive space. Thus, BURSTCOIN miners will not have to use ASICs or expensive GPU miners. This algorithm is extremely efficient and drastically lowers the cost of entry for new miners, which could quickly bring this new coin into the mainstream.

Will the BURST Market become a competitor to eBay? Let us know in the comments below!