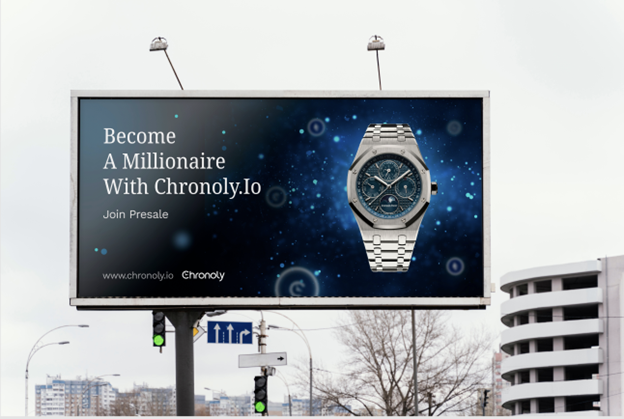 Coins That Could Make You a Fortune in 2022: Algorand (ALGO), Stellar (XLM), and Chronoly.io (CRNO)

As the crypto market stages a somewhat steady recovery, crypto investors are hunting high and low for the tokens that could deliver massive gains in 2022. While meme token volatility is attracting imprudent investors, the savvy ones are looking for tokens with real-world utility that will eventually become adopted globally. Today, we’ll tell you about three of our top picks for 2022: Algorand (ALGO), Stellar (XLM), and Chronoly.io (CRNO).

Algorand (ALGO) is a project designed to rival mammoth payment processors like Mastercard and Visa. It aims to process a huge number of transactions per second, with a goal of 46,000 in its final stages of development. Algorand is a serious Ethereum contender, already implementing proof-of-stake (PoS) and allowing developers to build on its blockchain.

Now, in the past three days, there’s been some excellent news for Algorand’s future. Firstly, a former Ripple executive has joined the team. They’ve also recently led a $22m round of investment funding. Most excitingly, Algorand has announced the use of Falcon signatures in upcoming updates – a mechanism designed to improve ALGO’s future in a post-quantum computing world.

With these pieces of news, ALGO could skyrocket later in 2022 and deliver incredible gains for investors that got in August 2022.

Stellar (XLM) stays suppressed while progress is made

Stellar (XLM) is a decentralized blockchain that aims to facilitate transactions in the global economy. By focusing heavily on developing economies and areas of remittance, Stellar hopes to create a system that bypasses big banks, reducing transaction fees and time taken.

More recently, they’ve implemented a smart contract platform called Soroban, which the Stellar Development Foundation says has the potential to become the “standard for smart contracts.” Despite making steady progress with their roadmap and partnering with Moneygram, Stellar’s price has been suppressed recently, trading for around $0.11. It’s safe to say that XLM is looking undervalued at these prices and could accelerate upwards as buyers flood into the market.

Chronoly.io (CRNO) is also looking like a good buy for the future. Despite its relatively recent launch, Chronoly.io is shaking up an industry in the same way Stellar wants to change the banking landscape. The luxury watch market is set to grow to around $30b by 2025, yet it’s seen little disruption over the past few decades.

Now, Chronoly.io is creating a decentralized marketplace for anyone to invest in brands like Rolex, Richard Mille, Cartier, and more for as little as $10. Using the magic of fractionalized NFTs, they’ve minted several NFTs that are third-party audited and confirmed as being linked with the real watch.

The best part is that Chronoly.io’s native token, CRNO, is still in presale. The Chronoly.io (CRNO) token powers its marketplace, being used for discounts on transaction fees and staked for passive income. And right now, it has the potential to create life-changing fortunes for thousands of people. How? Well, Chronoly.io is only trading for $0.066 right now, already up 560% from May’s price of $0.01.

By the time presale finishes at the end of September, analysts expect prices of $0.50-$0.75 – potential 1000% gains in a little over a month. It’s no surprise that many are looking to Chronoly.io as the next big thing in the utility token space.