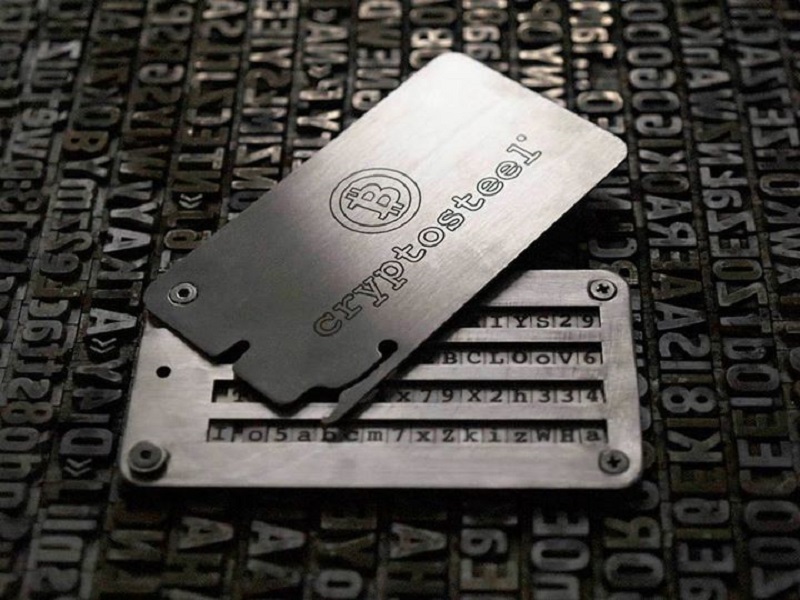 On May 7, 2015, Cryptosteel and SatoshiLabs announced their new partnership and redesign of the Cryptosteel cold wallet. Cryptosteel is an “indestructible” offline key storage system for digital currencies such as bitcoin. Cryptosteel, originally designed by Wojciech Stopinski, was created to make using and storing bitcoin safer. Made of lightweight stainless steel, this cold wallet is advertised as fireproof, acid­-resistant, and uncrushable.

Disclaimer: Bitcoinist is not affiliated with SatoshiLabs or Cryptosteel, and is not responsible for its products and/or services.

Cryptosteel was first introduced in March of 2015. Shortly after its introduction to the world, Cryptosteel gained the attention of SatoshiLabs, a well-known bitcoin technology company. SatoshiLabs is famous for its bitcoin wallet, the Trezor, which has become widely used by digital currency enthusiasts.

Since their partnership, the two bitcoin technology companies have set to work on the original Cryptosteel prototype. Its enhanced safety features enable the bitcoin wallet to hold a deterministic Mnemonic Seed. This upgrade should allow users to hold a virtually unlimited number of private keys in a single Crypytosteel wallet. Bitcoin users can now use up to 24 mnemonic sentences to create secure passwords. Furthermore, the wallet should be capable of storing any bitcoin address, secret password, or Master Seed for any HD wallet on the market.

“By combining the unpredictability, randomness and incoherence of a computer-generated password with usability of a human–invented sequence, mnemonic code can lay persuasive claim to constituting the most fool-proof means through which you can safeguard your confidential bitcoin information when it is paired with secure cold-wallet such as Cryptosteel.”

Cryptosteel has also been redesigned to hold 96 letters. The size of the wallet, weight and dimensions have been reduced, and the letter blocks are now engraved on each side. 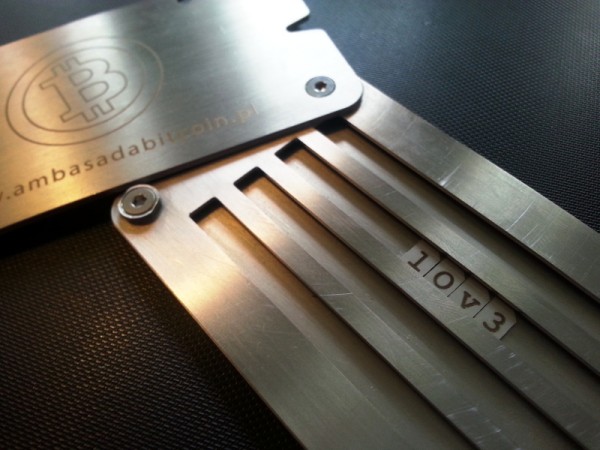 Are Your Bitcoins Safe?

Adopting digital currencies such as bitcoin come with a number of benefits and risks. Safety is one of the biggest issues for bitcoin users. Just as bank accounts can be hacked, bitcoin wallets are at risk as well. Innovative safety tools such as Cryptosteel — as far as they are successful — are paramount in addressing the growing demand for enhanced bitcoin safety.

“If we want to become our own banks, we need to protect our assets. That’s where Trezor and Cryptosteel come in. Together we have created the everlasting bitcoin safe. SatoshiLabs took the original design and functionality of Cryptosteel and upgraded it, making it even better and with increased benefits to users.” – Wojciech Stopinski, Cryptosteel CEO

Individuals interested in the Cryptosteel wallet, can get their hands on one by participating in the crowdfunding campaign, which starts on May 20, 2015.

What do you think about the updated Cryptosteel? Leave your comments below!