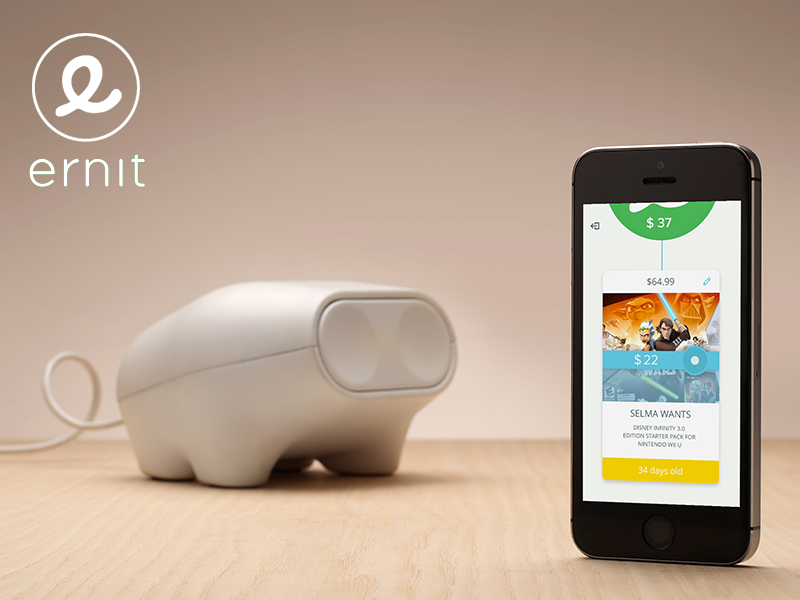 ERNIT is a piggy bank revamped for the modern world, where children are more likely to have smartphones in their hands than paper currency and coins. ERNIT took it upon themselves to make a classic savings tool relevant once again in an increasingly digital world, where payments are frequently made online. With the ability to deposit funds from credit, debit, as well as Bitcoin, ERNIT is a modern twist on the iconic piggy bank. I spoke to Thomas Bjerring, one of the founders of ERNIT.

Can you give me a little background history on ERNIT?

On New Years Eve 2012/2013, Mads, Thomas and Søren had a conversation about the kids both Thomas and Søren was about to have. One of the subjects was regarding allowance and the fact that our kids would grow up with little or no contact with physical money like bills and coins. That was when the idea for a cashless, digital piggy bank was born. The following week we initiated the project. There has been a lot of prototyping since then, starting with cardboard boxes and ending with 3D printed models like the one we used in the Kickstarter movie. It has not only been an exploration in form but also in our memories about piggy banks, money and talks about savings with mom and dad. We wanted the shape to be emotional to both young and old. The app is the story of usability, UX, and testing. It has almost two completely separate sections; kids and adult, were the kid section is playful, colorful and intuitive with sole focus on goals and the parent section is more of a familiar interface with focus on easy management.

What is the current status of the product?

Today we have completed roughly 80 percent of the design and engineering phase. The production of the physical ERNIT is ongoing. The developers are currently working on finishing the version 0.9 of the app, which then will go into initial testing together with our latest prototype pigs. While these tests are being made, we initiate the actual release builds, in which we expect to include an integration with a wallet partner (which is TBD) as well as the option of integrating your own wallet. This is an overview of the progress.

If successful, how will funding be allocated for the betterment of ERNIT?

These are the primary things we need help to accomplish:

– Adding more features into the app

– Getting the production of ERNIT units going in additional colors

What thinking was behind supporting Bitcoin deposits? Was it a specific person or an event?

We are deeply inspired by the entire Bitcoin community and the openness of the technology itself. In a world of rigid, old-fashioned and centralized banking systems with very limited possibility for integration, crypto was the obvious choice, and we will definitely be utilizing the Blockchain for future features. Additionally, we’ve recently decided to support Dogecoin as well after having a dialogue with reddit.com/r/dogecoin — a great community we will be consulting with a lot to in this matter.

How will parents be able to deposit Bitcoin into the piggy bank? How will they be able to cash it out once their child reaches their goal? 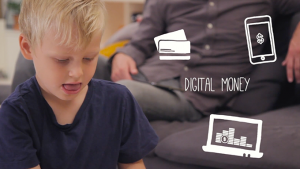 There are two ways of using bitcoin in ERNIT: By using the default wallet you get when you create an ERNIT account, or by connecting your own wallet. The default way lets you send fiat money or bitcoin to and from ERNIT, depending on the currency you choose to use. The connected wallet simply works as a piggy bank layer on top of the wallet, so the wallet’s own transfer methods apply.

Is there a chance of integrating Bitcoin further into ERNIT in the future?

We are constantly working on ideas and features, so that is a big YES.

Thanks for your time Thomas. It’ll be interesting to see how Bitcoin is used as a saving tool, and what possible Bitcoin integration ERNIT may implement in the future.

How do you see Bitcoin being used as a savings tool? Will ERNIT be the key to encouraging saving with Bitcoin? Let us know in the comments below!