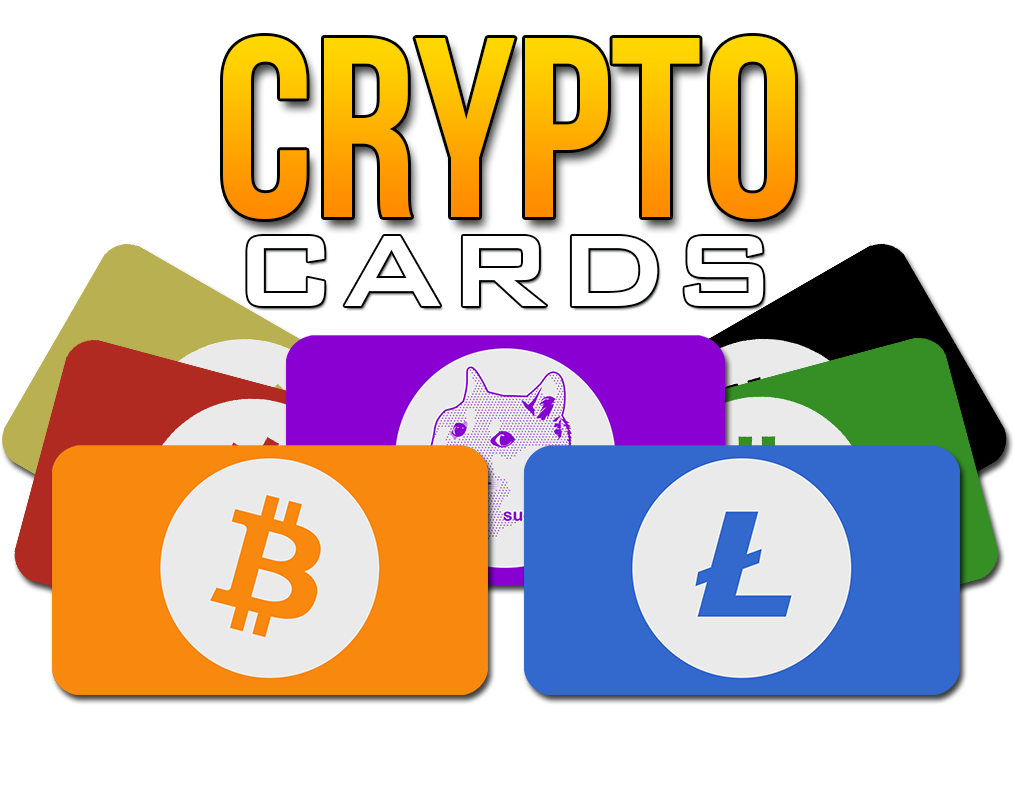 If you don’t know what Cryptocard is, they are a company that develops high quality offline wallets. They make also public wallet that allow you to receive payments,and ones that allow you to just store funds, commonly known as “cold storage”.  Note these are not to be confused with Bitcoin credit cards such as a service like OKpay which allows you to basically do all transactions with Bitcoin. Supported currencies right now are listed below, with new currencies being adopted.

1. What is a CryptoCard?

A CryptoCard is an easy to use credit card sized Bitcoin offline wallet. They don’t rely on electricity of mechanical components, and they’re encrypted with a passphrase that only you know! Bitcoin or other currencies stored on CryptoCards are 100%waterproof, fireproof up to 1200F, crumple and fade proof and far more resilient than paper or computer based hardware wallets. They have a shelf life of 75+ years, and they come in many styles, colours and currencies.

1b. Could you give a brief overview of History of Development?

CryptoCards we’re born out of not having a simple and effective way to get secure and physically resilient Bitcoin wallets in hand. Paper wallets are the default alternative, and while these offer the same functionality in terms of protocol security, there are a number of areas where they fall short.

First off, they are not time resilient, paper wallets will crumple, rip, and fade unless stored in a pristine environment and without sunshine, or laminated. CryptoCards are laser etched on high-grade aluminium, they are waterproof, fire resistant up to 1200F, and they’ll never rust, crumple or corrode.

They’re rated to last up to 75 years, and they also use BIP38 Encryption and come in numerous colours and styles. We noticed a pattern, it goes like this. From the time a user gets involved in Bitcoin, and starts to acquire the digital currency, most users use an online wallet initially, or a desktop wallet.

It’s very rare that someone new to Bitcoin starts their journey with an offline wallet. In fact, in most cases, as there is quite a bit to learn still, most users go for months (and longer) before they even learn that they should take their funds offline.

Offline wallets can initially be daunting to new users, so we wanted to create a strong product, a strong Frequently Asked Questions section, and video tutorials teaching users how to navigate the creation of their first offline wallet. As it stands now, CryptoCards takes just a few minutes to set up, and then you confirm your order and your offline wallet is on its way to you!

2. For our readers out there that are not aware, what is BIP38?

BIP38 stands for “Bitcoin Improvement Protocal no. 38”. BIP38 allows users to encrypt their Bitcoin private key using a passphrase. So in simple terms, you assign a password to your private wallet key. This is done by generating a wallet offline with an open source wallet generation tool, and immediately encrypting the wallet using a password.

On the back of your CryptoCard you will have your encrypted private key, and if your passphrase is strong, you need not worry that anyone can steal or move your funds without your consent. The protocol is open source, and extremely robust, to read more on BIP38 you can visit our FAQ section at the CryptoCards website.

3. How is Crypto Card currently?

Right now we’re a boutique shop shipping orders internationally and it’s been a tremendous success. One of the things that has really allowed us to excel is our strict adherence to not generating any wallet keys for our users. We require that all users who want to use our service have already created an encrypted private key themselves using the tools that they feel secure with.

So in this way, we have no access to the funds, we etch the BIP38 keys but we never ask for the passphrase associated with the wallet. Users can feel safe that their funds will only ever be accessible by them.

For those who want to use a CryptoCard for an online or desktop wallet that they have, we also offer Public only cards, which is essentially a laser etched bitcoin receive address with a large, beautiful QR code that’s easy to scan by any device. The best Bitcoin wallet is the one you have on you, even better is that these will allow you to receive bit coin even when your phone’s wallet is out of batteries.

4. Do you have some future development plans you could share with us?

We’ll be launching a few new products and different materials very shortly, but we’re pretty hush hush about it, as we’ve got some really cool things in the works. Our site supports custom orders, with the ability to upload your own logo or design, and we’ll be expanding to allow multisig cards, as well as ‘stealth’ cards, which will be unveiled soon.

5. How does Crypto Cards compare to competitors product?

We’ve worked hard to find a balance between a superior design that’s easy to scan and use, while also feeling great in your hands. The cards are sleek, robust and have a great shine, they also come in 7 different colours and over 15 currencies with more currency support in the future.

We also do our best to run an autonomous setup, so all cards designs are generated automatically off server when the user places an order. Instead of a user managing the design elements, we let code do this for us, which is nice for us in terms of the ability to process many orders simultaneously. It’s also nice for the user because it increases the security when you consider no one is actually seeing you keys – even though they are encrypted and safe it’s a nice touch we think.

We also ship our CryptoCards in tamper evident packaging that is obvious when opened – so you’ll know when you receive your cards that they we’re obscured and protected during transport to you. Furthermore, we purge any and all order details and keys once their order ships and we strictly adhere to this. We’re not in the business of storing your details, and we like the freedom that bitcoin allows us to maintain, for security of ourselves and our users we think this is the way to go.

6. How do you mange Bitcoin? Convert to fiat or “HODL”?

We’re in Bitcoin because we believe in it, not because we want the valuation to rise – though we feel it will. Doing business and utilizing cryptocurrencies has really changed the way we operate, and we now are able to run an almost fully autonomized business with a global unit of currency that opens us up to the world market.

It’s amazing, fluid and rewarding for everyone involved. Fortunately, we’ve also convinced our suppliers to take Bitcoin! We want to encourage the use and adoption of Bitcoin, and cashing out the currency for fiat isn’t part of our agenda.

7. What are some advantages and uses of an offline wallet like this?

Everyone needs an offline wallet. We believe this, in Bitcoin you are responsible for the management of your own funds. This is both the gift and curse of bitcoin, it’s a gift because your funds are not being managed by an entity against your interests, but at the same time if you lose your funds – no one can save you.

So, having a time resilient, waterproof and flame resistant CryptoCard allows you the security of not relying on electricity or electrical components like hard drives. You simply order your card, and send funds whenever you like, instantly they are offline, just as easy as a transaction.

8. Anything else to say Levi?

Again, don’t forget to use the coupon code “bitcoinist” when you order for 15% off!

Below are some reviews from people that bought Crypto Cards, as well as some pictures. 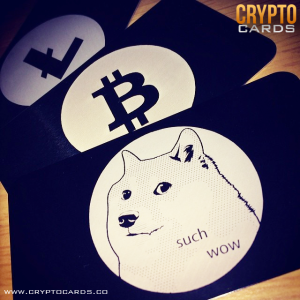 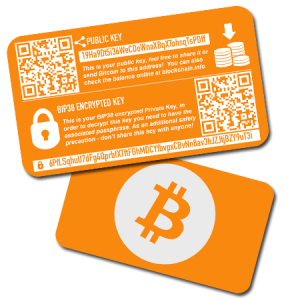 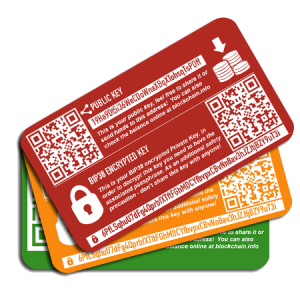 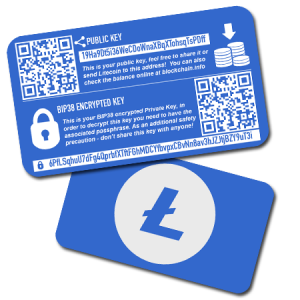