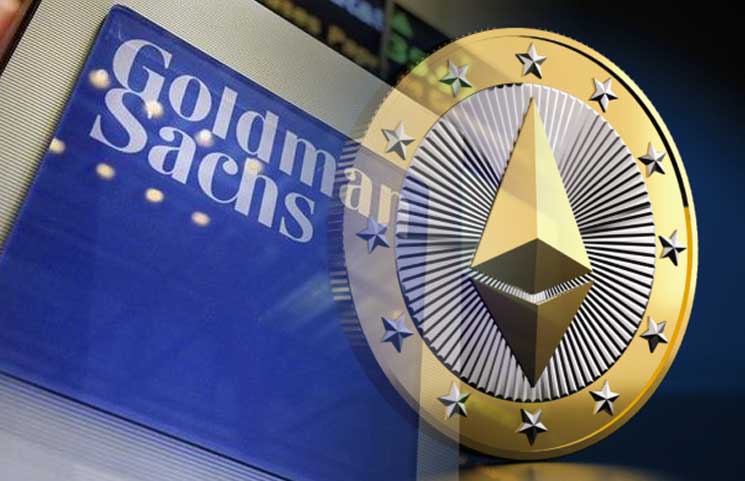 Goldman Sachs has recently announced that it plans to start trading Ethereum options and futures, according to a report by Bloomberg. The company had gone on a three-year hiatus from cryptocurrency. Only recently relaunching its cryptocurrency trading platform due to growing interest from its investors.

Back in May, a report by Coindesk revealed that the company had started to offer its investors access to non-deliverable forwards (NDFs). NDFs is basically an exchange derivatives whereby two parties agree to exchange a currency at a fixed rate on a future date. Goldman had been offering its investors NDFs for bitcoin. And now it is going to start offering it for Ethereum.

Mathew McDermott told Bloomberg that they had seen an increase in interest from investors. He said they find this to be a more palatable entry point. McDermott is head of digital assets at Goldman Sachs.

A year ago, Goldman did not consider Bitcoin a legitimate asset and did not offer any options to invest in it. It changed in position in May this year calling it an investable asset with its own idiosyncratic risks.

No doubt this shift in narrative came with the heightened interests from institutional investors. With reports coming out of corporations putting billions into cryptocurrencies, it’s no surprise that the bank would want in on the action.

The megabank was also a big investor in Blockdaemon’s Series A round that was announced last week. The megabank contributed $5 million out of the $28 million raised. There are reports that the company is looking to invest in other opportunities in the crypto space.

An internal memo which circulated on Thursday written by Rajesh Venkataramani was when the global investment bank has officially acknowledged its involvement in crypto trading. In addition to this, Goldman said it has been “selectively onboarding” crypto trading institutions. As a result, expanding the offerings available to investors. Now they’re adding the option to trade ether options and futures.

The non-deliverable forwards and futures the bank currently trades are simply ways to place wagers on the price of bitcoin. Now they can also place wagers on ether. They do not physically trade bitcoin or any other crypto asset. The investments are all placed in cash. Investors never actually buy any crypto.

Morgan Stanley is another bank that has announced plans to offer bitcoin investments to their clients. But they have mostly stayed away from bitcoin with regards to their Wall Street tradings.