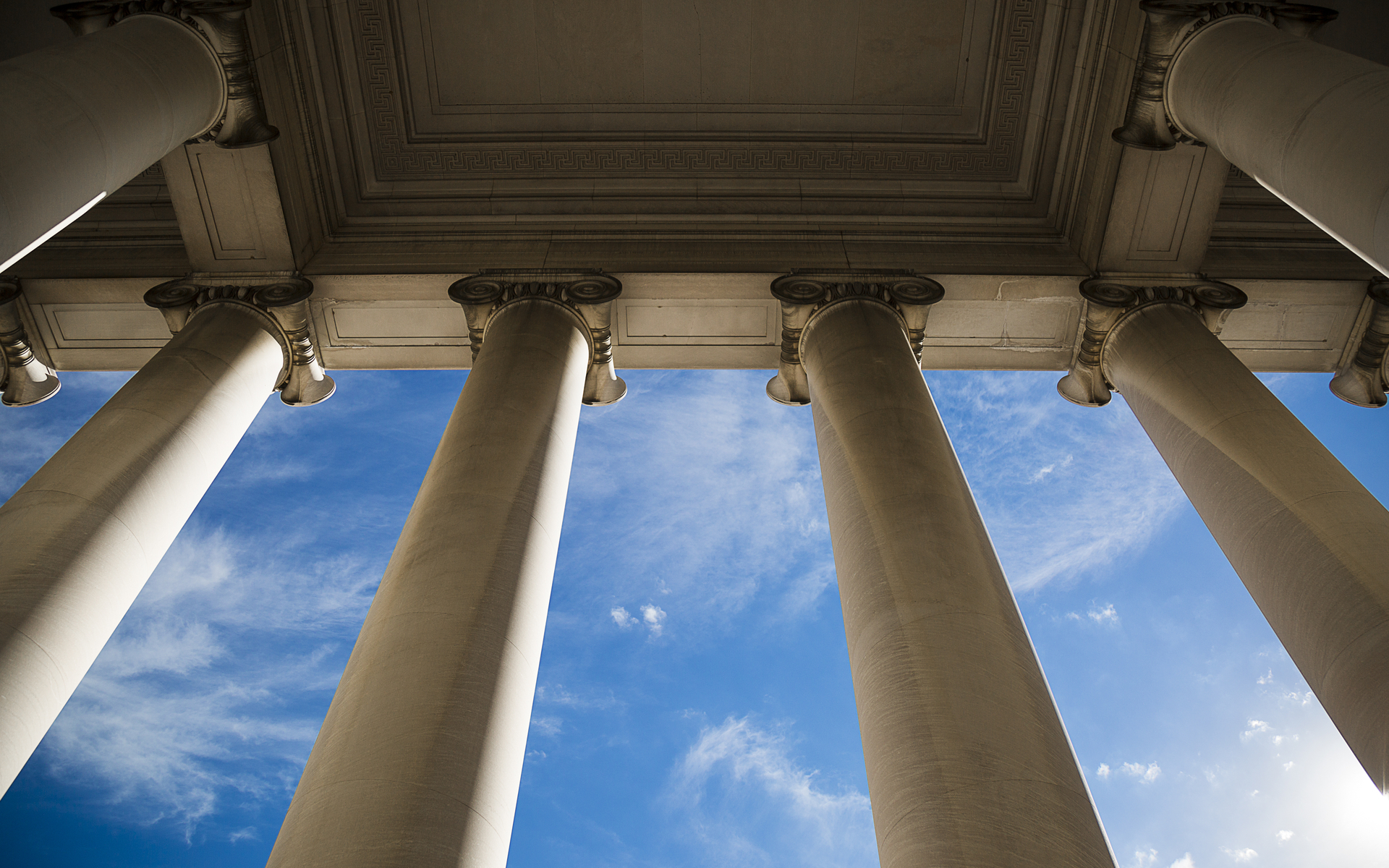 A recent investigation into ‘voter turnout’ as an indicator of community participation in decentralized-governance tokens, throws up some interesting results. Despite the assumption that token-holders would participate purely through the passive incentive of ownership, most prefer more tangible benefits.

Who governs Bitcoin? While nobody owns the network, somebody must be in charge of parameters such as block size and adding capabilities like SegWit. In truth, Bitcoin governance occurs off-chain. Any proposal for the protocol must be formalised, tested and discussed among the users, until it gains a significant majority support. Once accepted, node operators update their software to include the new proposal.

In contrast, on-chain governance gives token holders the chance to directly affect the protocol, with on-chain voting on major decisions. But do such mechanisms give a truly democratic outcome, and do the majority of token holders even care?

Voter turnout on such proposals is a very rough guide to community participation. When looking at several recent votes, the investigation notes that there is a large disparity between projects.

Many projects struggle to get voter turnout of even 10%. This becomes an even bigger problem when considering wallet address participation as opposed to circulating supply. 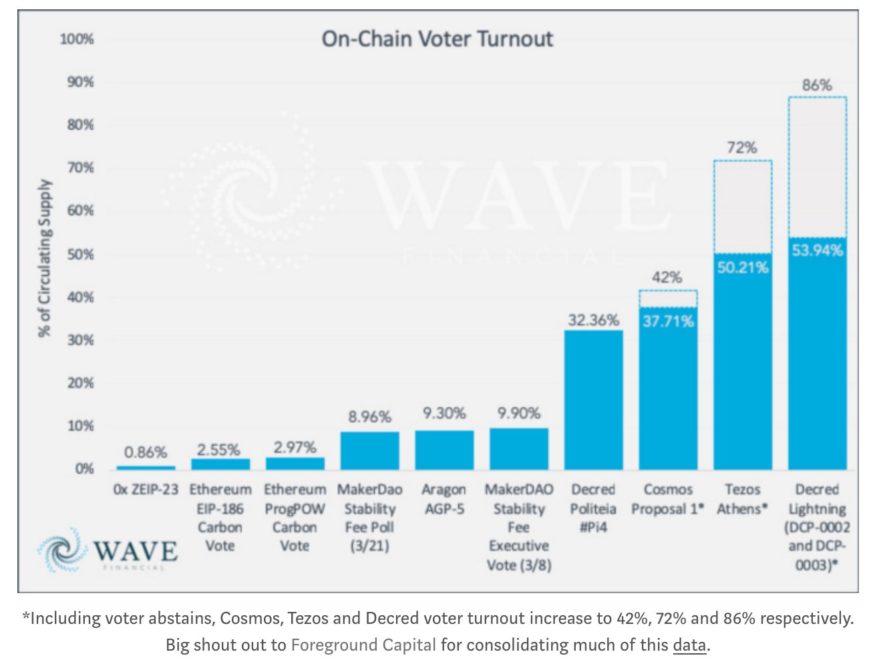 For example, the Aragon AGP-5 proposal attracted voters controlling 9.30% of the circulating supply. However, in terms of participating wallet addresses, this accounted for just 0.12% (25 wallets out of over 20,000). This only goes to strengthen the case against on-chain voting as leading to plutocracy.

The standouts against this trend of voter apathy seem to be Decred, Cosmos, and Tezos. In fact, accounting for abstentions (such as that of the Tezos foundation), these projects have voter turnouts which put US elections to shame. So how do they do it?

Firstly, it is important to note that all three of these protocols actively ‘identify’ as self-governing blockchains. It could be that this element of the projects is one of the key draws which appealed to many of the token-holders.

Additionally, and perhaps a greater factor, is that Decred, Cosmos, and Tezos, all provide voters with direct incentives to participate via Proof-of-Stake. So the assumption that token holders will participate in on-chain governance votes purely through their passive ownership seems flawed.

There are many reasons why a stakeholder may choose not to vote; from complicated polling procedure, to lack of strong opinion or expertise on the matter in hand. Or they simply speculate on coin price and couldn’t care less about its development and future.

But when faced with a tangible incentive, more stakeholders appear to have a compelling reason to vote.

Will on-chain governance models improve and incentivize users to vote? Share your thoughts below!