Purse Partners Up With Coinbase

Although every day we hear new cases of companies and businesses starting to accept bitcoin, the general public still doesn’t see much use for the digital currency. In fact, it is still pretty difficult if not impossible for a mainstream bitcoin user to do online shopping and paying directly with bitcoin.

This has given rise to a new business niche on the ecosystem and the chance for new companies to flourish.

What exactly is Purse?

Purse is a company specialized on enabling people to do their online shopping through Amazon and paying with bitcoin. Purse is partly modeled after the decentralized nature of Localbitcoins, but serving a different purpose much more similar to Brawker business model. Purse’s platform connects a person wanting to buy something in Amazon with anyone who wishes to purchase some bitcoins using Amazon credit, gift card or credit card. For someone who is trying to buy bitcoins, usually will be willing to pay a high fee for the asset. With these margins, Purse can offer up to 23% discount on all amazon products for the person selling bitcoin. Purse is completely convinced that the easiness of the process and the savings offered will be more than enough to attract new users to start using bitcoin.

“At Purse we strive to make saving on Amazon as easy as possible. We’re happy to announce an update that will make it much easier for mainstream users.”

Purse, opened its doors last year and already counts with a considerable number of partnerships with several startups, small shops and retail businesses and big companies like Amazon and the latest with Coinbase.

Benefits of signing with Coinbase

The latest partnership with Coinbase will give the company a big boost since it will enable faster transactions and accelerate the whole process of their service. Purse declared to be very with this partnership because of how this will help to take the company to mainstream levels and how it would be of great importance in the development of future features and new apps. 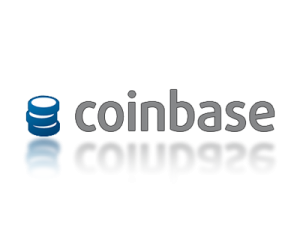 “With our Coinbase partnership, shopping on Amazon will be as easy as checking out at a Coinbase merchant. Customers can transfer funds from their Coinbase wallet and start using Purse within minutes.”

Purse is partly reducing the process of going from a bank account or debit card to a discounted Amazon order. When a user already has a prepared order on Purse, he now can also instantly purchase bitcoin through Coinbase.

The company has had an intense presence in the bitcoin community. It is currently involved in many projects and partnerships such as fundraising for the BitGive Foundation, which works to bring awareness over digital currencies and to demonstrate the social value of Bitcoin. Purse also participates in other blockchain related app developments and most of all its largely contributing to the delivery of an insight to Amazon of what bitcoin is all about!

How do you feel about this workaround to buy items using bitcoin on Amazon? Tell us what you think on the comments bellow!