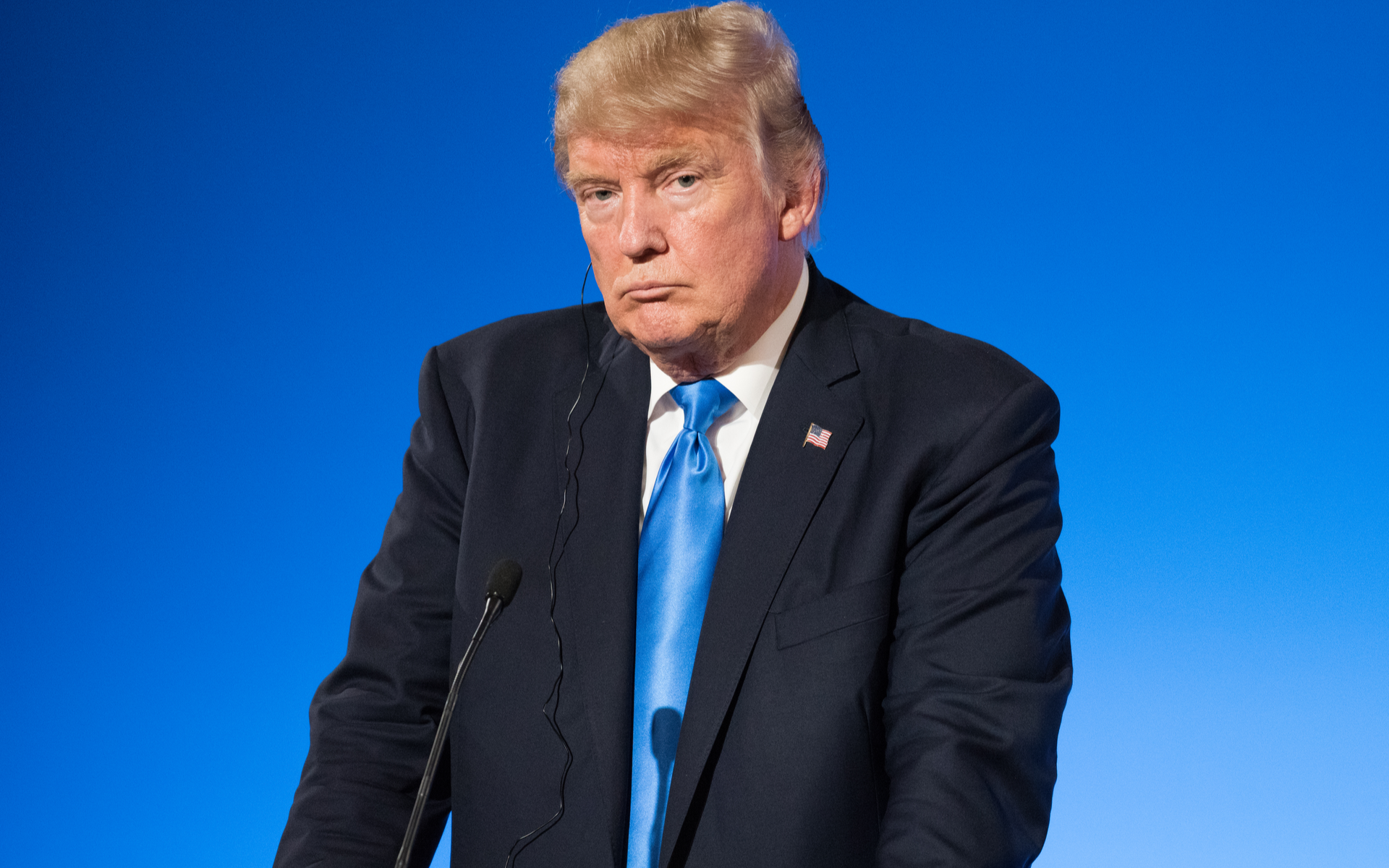 Google search interest in Bitcoin has spiked to a fresh six month high as BTC has posted 100 percent gains during the same period. In fact, people are now searching for ‘Bitcoin’ more than ‘Donald Trump.’

It’s no secret that public interest in ‘Bitcoin’ and everything related rises as BTC price moves. People are naturally curious about what’s causing the bitcoin price [coin_price] to skyrocket. They also want to know what Bitcoin is and whether now is a good time to hold, buy or sell.

Bitcoin’s recent rally over $8K has indeed started seeing more people googling to find out more. Currently, the number of searches is the highest since mid-December 2018. Moreover, this number is projected to reach levels not seen since the peak price of late 2017.

Google search trends are one of the best online resources for gauging real-time public interest in Bitcoin.

This was demonstrated at the beginning of April, for example, when bitcoin initially broke out of its bearish slump. Google searches for bitcoin spiked.

Today it is more popular than other big search terms such as SpaceX, Tesla, Elon Musk and even Donald Trump. 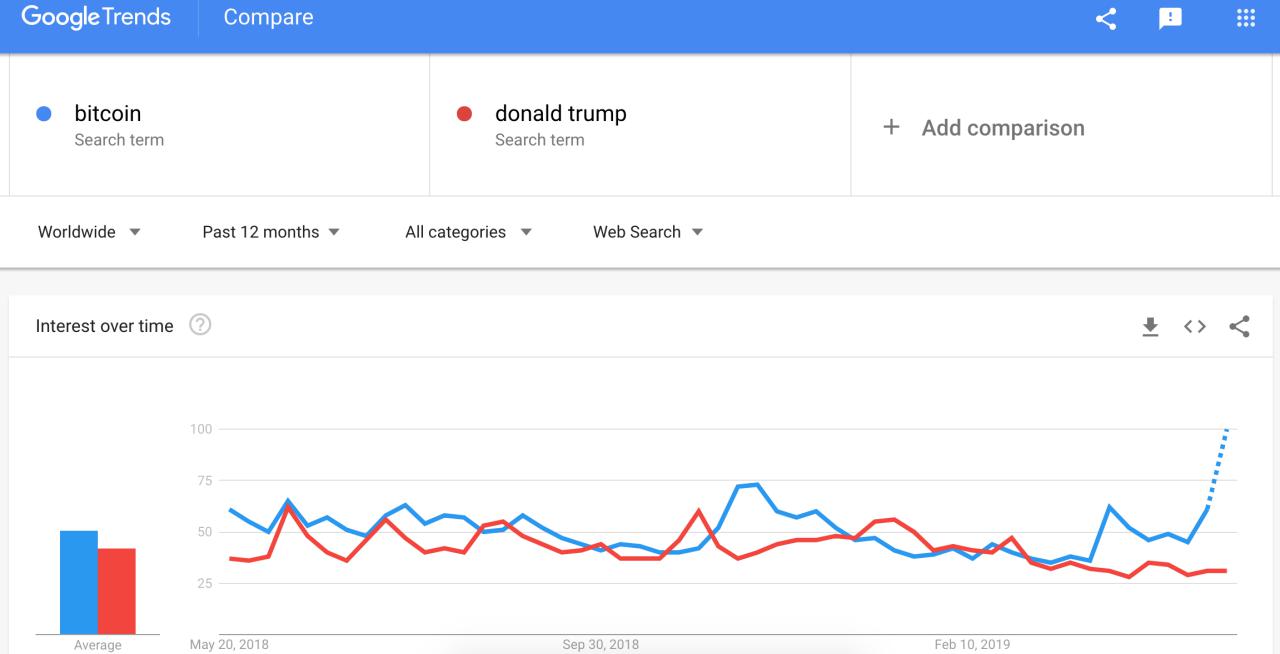 Furthermore, the majority of searches for Donald Trump are confined to the US. While searches for Bitcoin are global with significant activity on all continents.

Where Are People Googling Bitcoin in the US?

In the US, the states where Bitcoin is now being searched for more than Donald Trump may surprise you.

Chicken or the Egg?

So does price precede interest or does interest precede price?

Evidence exists for both, in fact. As Bitcoinist reported earlier this month, the volume of tweets and Google Search Volume Index (SVI) were found to be leading price indicators for Bitcoin and Ethereum, according to a research paper published by the Southern Methodist University. 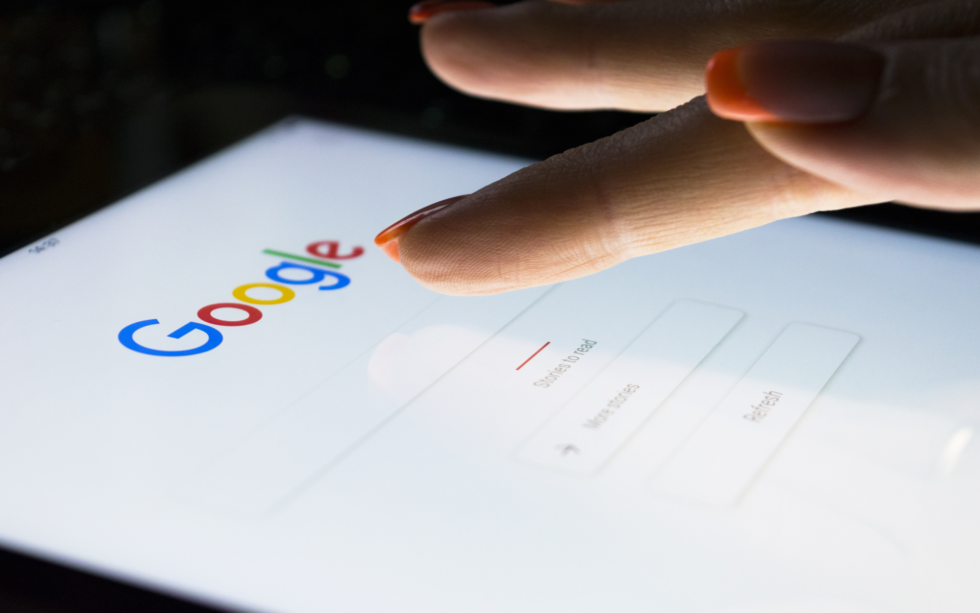 However, this particular study mainly focused on the late 2017 price spike and the simultaneous retail interest that likely fuelled the surge to $20K. Notably, it found Tweet volume to be a much more reliable indicator of potential price increase than Google searches – which tend to lag price moves.

As of late, Google searches have shown to rise a day or two later. For example, the spontaneous surge by $1,000 that occurred on April 1st was followed by a surge in searches on April 2nd and 3rd. This suggests that the general public looks for more information about bitcoin after seeing that the price has already risen (and covered by the mainstream media).

At the same time, the Tweet volume for #bitcoin has been rising steadily since March. Currently, it is at about 30K per day, though still lower compared to the period prior to November-December 2018.

Overall, the figures suggest that interest is coming back as the price of BTC appears to be bottoming out. Relevant indicators such as the Mayer Multiple and many market analysts are also suggesting that the bear market has come to an end.

If this is indeed the case then some outrageous bitcoin price predictions may not be so outrageous in the future. With fundamentals stronger than ever and shifting market sentiment, a new bull market would do seem to be around the corner, if the past few weeks are anything to go by.

So if these trends are anything to go by, ‘Bitcoin’ will undoubtedly become the most popular search term in

Will price eventually hit $100K in the future as Max Keiser expects? If it does, you can surely bet that the searches would follow.

Do Google searches for Bitcoin lag behind price? Share your thoughts below!