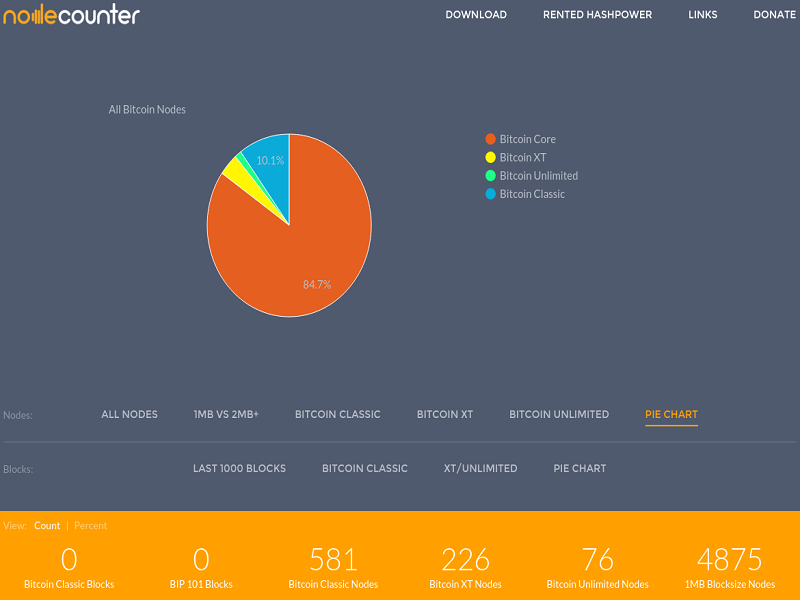 Bitcoin nodes are an interesting trend to keep an eye on, as the digital currency’s network needs a lot of active nodes around the world to relay transactions. Up until this point, several people were running various types of Bitcoin nodes, including Bitcoin Core and Bitcoin Classic solutions at the same time. The redesigned NodeCounter website will eliminate duplicate nodes from appearing on the list, and show a clear representation of which code is leading the charge at any given time. 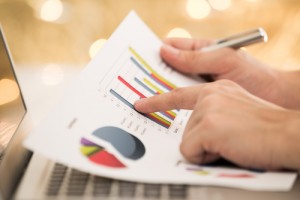 When it comes to looking up the number of Bitcoin nodes in existence today, there are various parameters to keep in mind. Bitcoin Core is the main development fork of Bitcoin, and it is only normal to see its node numbers at a very high level at all times. But there are other software proposals in existence as well, which could become contenders for the top spot in the long run.

Bitcoin Classic is the software development solution a  lot of people are keeping an eye on. The number of Bitcoin Classic nodes has been increasing steadily in recent weeks, although the figures have been disputed by Bitcoin community members. The new engine powering NodeCounter will remove any duplicate nodes from the list, and paints a clear picture of how the numbers are stacking up.

But there’s more to the NodeCounter platform than just providing fancy graphics, albeit they look very beautiful. Visitors can filter the charts to their liking, ranging from all nodes to every particular solution, and even those who only support 1MB block sizes compared to 2MB and more. Versatility is one of the strengths of the Bitcoin network, and all platforms built on top of this protocol should offer a similar experience.

Moreover, NodeCounter can be used as a block explorer as well. Users can filter on the last 1,000 blocks overall, or switch between all the main software development solutions. For those users who prefer a different type of representation, a pie chart can be created as well. What is peculiar about these statistics is how there are only 2 Bitcoin Classic blocks found on the network in the past 1,000 blocks. 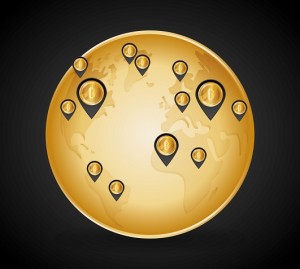 It is positive to see so many different Bitcoin development solutions gaining some form of traction in the world we live in today. While Bitcoin XT and Bitcoin Unlimited have been losing a lot of ground in recent months, the number of Bitcoin Classic nodes is on the rise. All of these nodes combined paint an interesting picture of how few of these integral cogs n the machine are in operation at any given time.

Some people might argue close to 6,000 Bitcoin nodes is more than enough to support the protocol in its current shape, and they would probably be true. But at the same time, this number will most likely have to increase once the larger block size goes into effect. This change will allow for more transactions to be processed every 10 minutes.