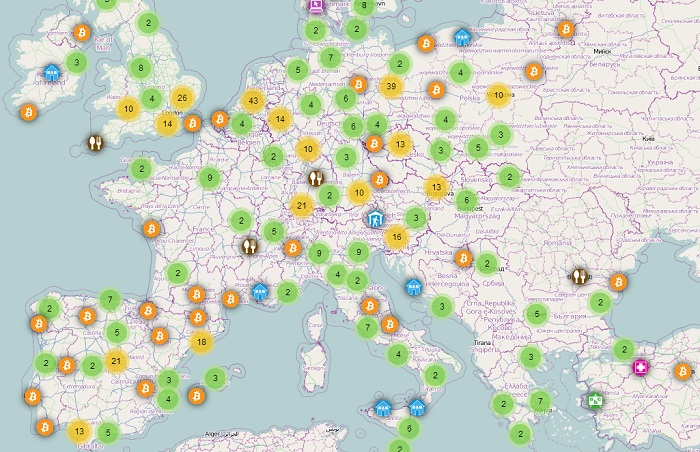 There are many reasons why Merchants should accept bitcoin

The demand for digital currencies is on the rise and there is already an estimated 80,000 businesses currently accepting Bitcoin throughout various countries.
Bitcoin is becoming progressively of mainstream use, and businesses who are still delaying bitcoin payments acceptance are falling behind from this digital currency revolution, that is surely is here to stay.
The Majority of forward-thinking business man around the world is hopping onto the Bitcoin payments trend; many of them are adopting digital payments to cut expenses and boost their bottom line.
Coinbase, the 1.6 million-customer San Francisco Bitcoin exchange and wallet service processes Bitcoin payments for some 36,000 companies and it says it is growing at a fast pace. Among these new adopters we can find companies like DISH Network, Overstock.com, 1-800-Flowers, OkCupid, and several other big-name firms and corporations.

So, it’s becoming inevitable for businesses to start coping with digital currencies while there is time. In less than a year the industry has grown beyond all expectations; its resilience and remarkable growth as shown to be unstoppable.
There are strong explicit reasons showing that businesses should start accepting bitcoin and that the ecosystem could deliver far more yields than the regular banking payment systems.

Reasons why businesses should accept bitcoin

Fees for accepting Bitcoin are generally significantly lower than those charged for credit and debit card purchases. This is the major reason smaller merchants are latching onto Bitcoin payments.
It’s usual to see small businesses, paying higher credit card fees than bigger companies; these are large, enterprise level businesses that have a bigger scale and therefore can negotiate lower credit card transaction fees, which small shops and small businesses can’t.
Smaller merchants pay 2 to 4% per credit card transaction, often with some additional fees, so it’s preferable for smaller enterprises to accept bitcoin because it decreases their banking expenses; bitcoin, can reduce their credit card processing fees to less than 1 percent.
Expert estimates that small businesses can save between 3 and 5 percent of their revenues by starting to accept the virtual currency.

Users can privately pay businesses in Bitcoin without divulging personally identifiable information (names, billing addresses, etc.), and there’s no way it can be intercepted, and my identity can’t be disclosed. This can lead to scams and frauds. It’s important to note, though, that Bitcoin exchanges that operate in the U.S., including Coinbase, have to collect personal identifying information from their user names, addresses and applicable bank account numbers included in accordance with certain state and federal regulations. Regulations also give merchants operating with exchanges like Coinbase, 100% protection and insurance.

Bitcoin purchases are final; unlike those rife in credit card dealings; there are no chargeback’s and no returns so merchants won’t have to deal with those time wasting issues.
Disputes over purchases made with credit cards, in most cases because of defective goods or items never received won’t have to be a problem for businesses anymore. Bitcoin puts all the power in the buyer and the merchant’s hands
People who purchase from you in Bitcoin generally have no recourse in a dispute. Transactions in the crypto currency are basically perceived as cash. They’re final, insulating merchants from the possibility of chargebacks and the fees associated with them.

Accepting Bitcoin payments can put cash within businesses reach faster than it does when they accept credit card payments.
Coinbase, payouts arrive in merchant’s bank accounts typically in only two business days. Every payment sets at the moment of transaction, so when a customer pays in Bitcoin, the merchant receives it and immediately sells it to Coinbase to convert it to U.S. dollars, immediately guarantying their money.

Bitcoin relieves the costs of global transactions, making cross-border payments easier, faster and cheaper. Small online retailers and independent consultants will now have the chance to easily reach new markets and sell their wares and services internationally because the digital currency relieves them from expensive cross-border transaction fees.

Companies and institutions will also have various benefits in adopting the digital currency and applying it to fund raising and crowd-funding events or projects. This will enable them to gather funds much faster than other conventional methods of funding.
Bitcoin provides a perfect mechanism of fund raising, since it enables donors to send small quantities of money over the web.

The ecommerce payment structures are changing at a fast run. Digital currencies present an opportunity with promises of great advantages for small businesses and entrepreneurs. These indicators present strong evidences that more businesses are about to start considering digital currency payment integrations.