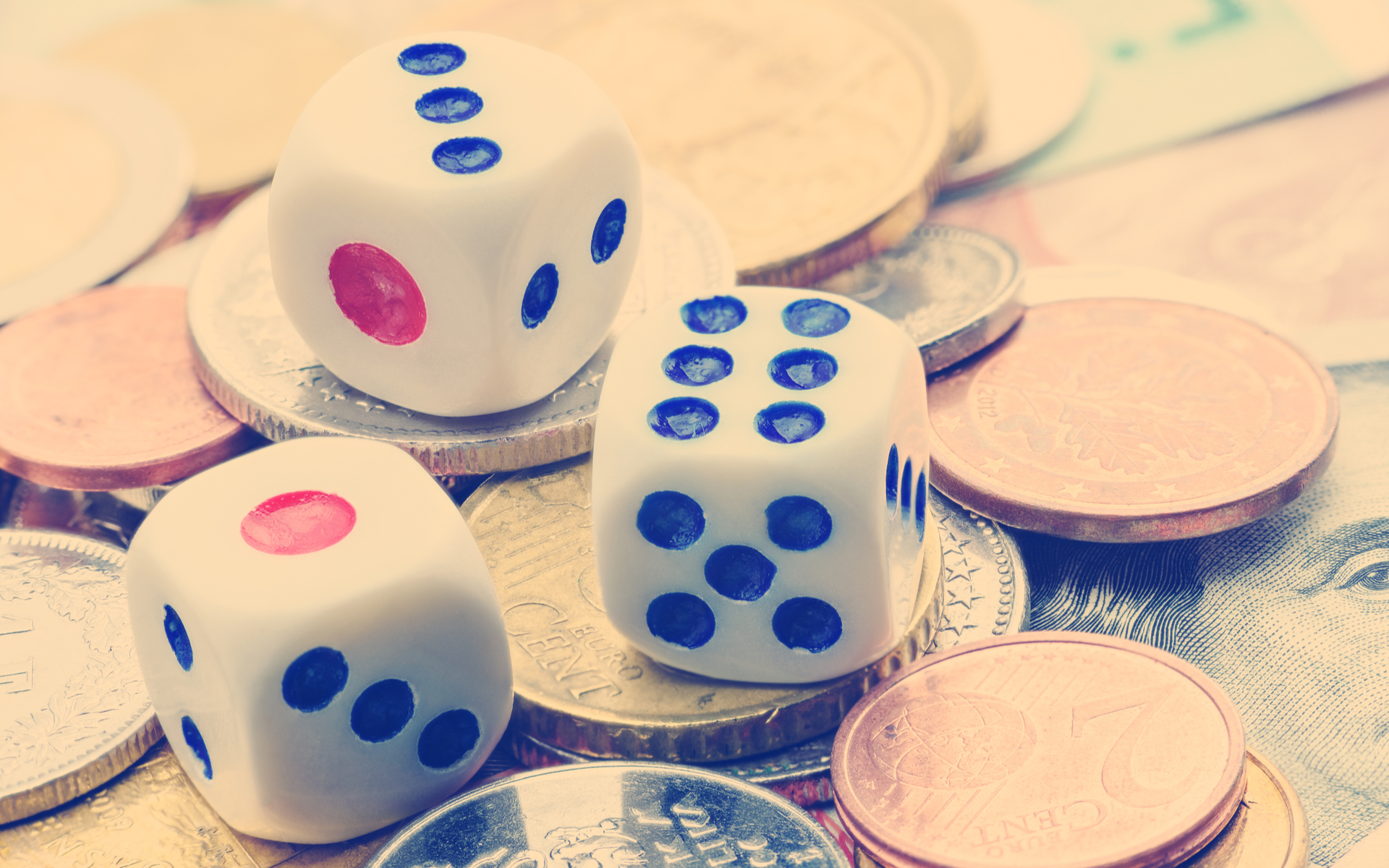 Bitcoin SV (BCHSV) recently pulled off a 90% and 48% rally? Can traders expect a three-peat or is a dump inevitable after the hype dies down?

It appears that the Bitcoin Cash fork family feud is in the process of wrapping up and while there doesn’t appear to be a clear victor. Still, BSV [coin_price coin=bitcoin-sv] has provided some bullish trading opportunities in an otherwise abysmal market.

Interestingly, the price run-up coincides with the CoinGeek Week Conference from November 28 – 30 in London and surely traders will be watching to see if the price pumps during the conference and dumps afterward.

SV also has managed to climb to the 9th spot on CoinMarketCap and the CoinGeek team has already managed to mine a 64MB block.

Apparently, the team has plans to mine a 512MB block in 6 months and ultimately the crew has its eye set on a 2GB block. The altcoin’s future will undoubtedly depend on the results delivered by the development team and actual consumer uptake.

However, BCHSV is apparently still having some technical difficulties on the Poloniex exchange.

BCHABC Deposits and Withdrawals have been re-opened. We are still working to enable BCHSV. In the meantime we have returned all withdrawals that did not successfully broadcast to the network. 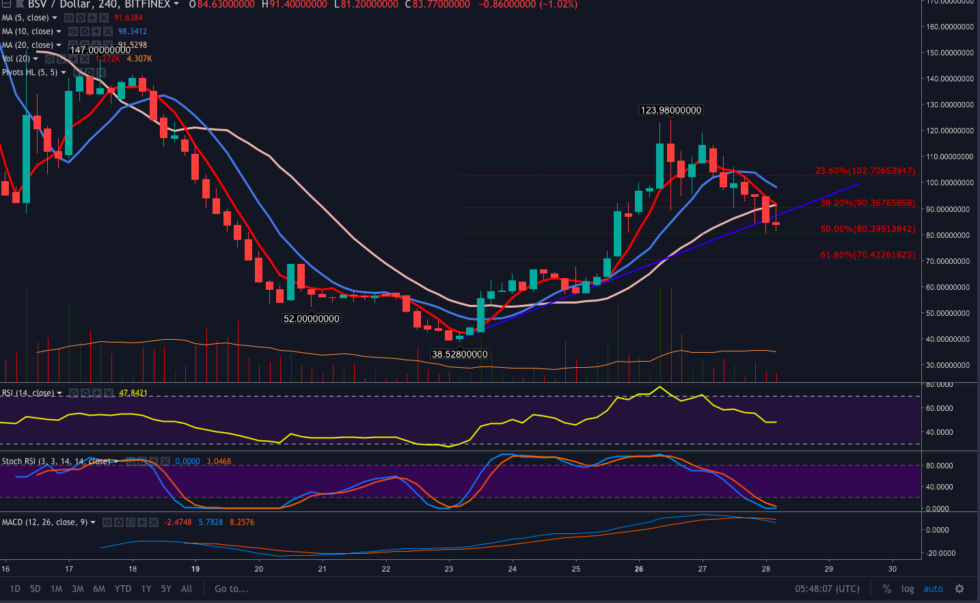 Any trader with eyes will notice that BSV pulled off an impressive post fork run and recently the altcoin managed a 48% rally before topping out at $123 on November 26.

At the moment BSV has a large range and clearly, speculators are at play. A decline in bull volume, descending Stoch, and bearish cross on the MAC-D are pulling BSV price down.

The altcoin spent the day charting lower highs and recently dropped below the 20-MA and the ascending trendline at $85. There appears to be a soft support at $80.30, which is also near the 50 percent Fib retracement level.

Looking Forward Over the Short Term

While there is little trading history for BSV, at the time of writing the RSI has turned up slightly at 53 and the Stoch appears to be gradually lifting from oversold territory.

Ideally, one would be looking for a lower high, followed by a period of consolidation, and a daily higher low. Further decline could see BSV drop to $70 followed by $57. An entry below $70 could be lucrative if an oversold bounce or spike in bull volume lead to a quick pop back to the current $88 to $95 range.