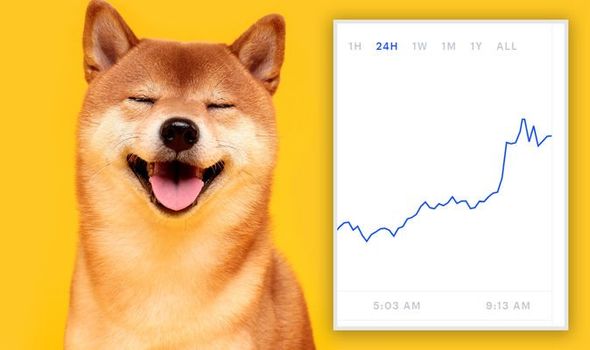 DOGE Is Barking At The Moon As Price Settles Above $0.30, Why The Dogecoin Rally Will Continue

Dogecoin is bouncing back in a way that no one anticipated. The asset posted a weekend recovery the saw the price of the coin breaking above $0.30. The last time the price of Doge was above $0.30 was back in June. Which had been followed by dips that left the price of the asset suffering in its wake. Due to the hype around the foremost meme coin dying down.

Even the Dogefather himself, Elon Musk, was unable to rouse the price of the asset with his tweets like always. Showing that the momentum around the coin had slowed down to an almost halt. But the dog-themed coin had apparently not run its last course yet. Just the last 24 hours alone has seen the crypto market’s favorite meme coin rise over 8%. Putting the coin right above $0.33.

A number of factors have gone into the pump that has happened in the digital assets. These factors are namely; Mark Cuban and Elon Musk.

’Strongest’ Cryptocurrency As Medium Of Exchange

Owner of the Dallas Mavericks Mark Cuban has said that Doge is the ‘strongest’ crypto when it comes to mediums of exchange. Mark’s team had announced that it would begin accepting payments in Dogecoin. And as an incentive, individuals paying with Doge would be eligible for ‘special pricing’ of items. This was to go into effect in the Dallas Mavericks’ summer sale.

Mark Cuban was quoted saying, “ The community for Doge is the strongest when it comes to using it as a medium of exchange.” This resonated with a lot of investors in the market. But above all, it resonated with billionaire Elon Musk, who had been pushing the Doge for years at this point.

Musk then responded to a tweet of the CNBC article saying, “I’ve been saying this for a while.” In response to Mark Cuban’s interview with CNBC. The billionaire has always been bullish on the asset. SpaceX, which Musk serves as CEO on, has announced it will be taking payments in Dogecoin for an upcoming launch in 2022.

The price movements of Dogecoin up until this point have been an interesting one. Doge had experienced a run-up in the price following the return of the bull market. But it has not been able to break out of the $0.25 range successfully. Despite showing massive gains in price in the last week.

The market had balanced out as the week drew to a close. As the past three weekends have been, the market saw a rise in the prices of cryptocurrencies. And Dogecoin was not left out. The price trended at $0.27 for the beginning of the weekend. But then by Saturday, Doge had broken the $0.30 resistance point.

What followed this was continued support at $0.30. Leading to $0.35 before a dip dragged it back down into the $0.33 range where it now rests. Market sentiments indicate growing interesting in the asset. Which will lead to rising demand, making the asset more valuable.