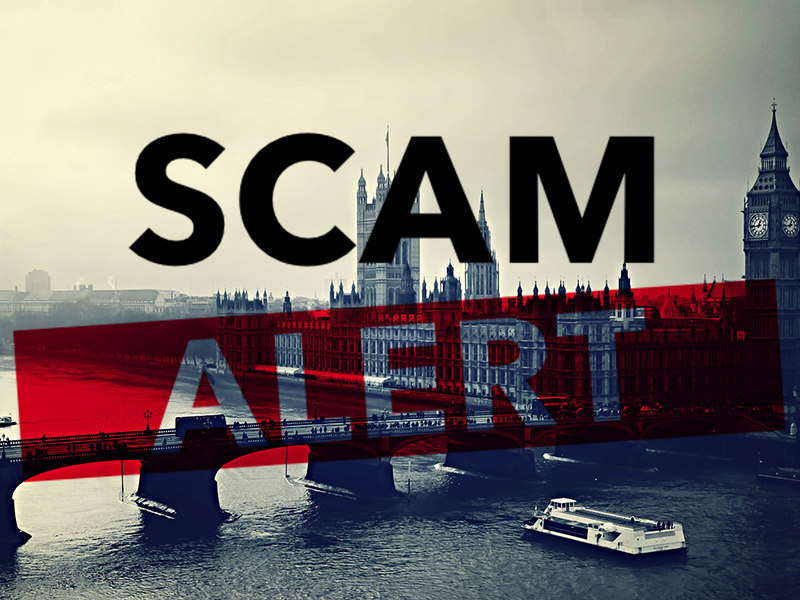 Reports have surfaced of the highly-publicized London Bitcoin Forum being a scam, cheating people out of hundreds of dollars. Based on the widespread media attention for the Forum, it seems like the entire Bitcoin industry may have participated in yet another scam.

Press releases for the London Bitcoin Forum began appearing on Bitcoin media outlets in late February, and the meeting was scheduled to take place on March 23 and 24. The Forum advertised confirmed attendance of over 900, as well as 60 industry experts slated to speak at the event. The Forum advertised discussions on scalability, block size, hard forks, and UK and international regulation and compliance.

The London Bitcoin Forum also advertised “Career Opportunities” sessions with Bitcoin industry companies. In these sessions, the Forum claimed that companies “looking to expand their teams” would be invited to present their “Bitcoin related job offers, internships and career opportunities.”

Prices for full 2-day passes the Forum started at 115 pounds for the “early bird rate,” for people who bought their tickets before March 5. The Forum claimed that students would be able to purchase tickets for 75 pounds.

A number of high profile Bitcoin media sites covered this conference, including Bitcoinist.net, CoinDesk and  BraveNewCoin, all of which have since removed their posts about the London Bitcoin Conference. Lesser-known Bitcoin news site Coinspeaker reported on the event as well, and later updated their article with a link to another post claiming the Forum was a “confirmed scam.”

Just weeks before the event was set to take place, the website for the London Bitcoin Forum went offline without warning. The URL for the site now redirects to a landing page for the Hostinger Group, a web hosting service.

Before the website disappeared, individuals purchased tickets and companies paid for display booths and sponsorship packages. A representative from a company who wishes to remain anonymous reached out to Bitcoinst, and said that he participated in a conference called with people claiming to represent the Forum. After the call, our source said his company purchased a sponsorship package. The London Bitcoin Forum website disappeared shortly afterwards.

Our source said that he was disappointed with the apparent outcome of the London Bitcoin Forum situation, saying that he trusted the Bitcoin media when his company decided to purchase the sponsorship package:

“The majority of our due dilligence was all the great bitcoin news outlets publicizing them. Bitcoinist, Coin Desk, Coin Speaker, Cripto Noticias and more.”

There are also claims that the alleged scammers set up a fake Linkedin account for the “Chief Organizer” of the Forum, Olivia F. Edwards. The profile for Edwards has over 500 connections as of press time. The profile claims that Edwards attended the London School of Economics and Political Science, and worked at HSBC Private Bank for three and a half years before becoming the Chief Organizer for the London Bitcoin Forum.

Regarding Edwards’ past experience at HSBC Private Bank, her profile claims that she assisted in “formulating the company’s future direction,” “monitor and direct the implementation of strategic business plans,” and “Develop financial and tax strategies,” among other things.

“When I’m not on the job, I love hiking with my dog, working my way through every recipe in the family cookbook, and indulging my love for seeing new places. I’m well-versed in negotiations, planning and development, relationship management, operations, logistics coordination and scheduling.”

We will continue following this story and will provide updates as they become available.

What do you think about claims regarding the London Bitcoin Forum? Let us know in the comments below!