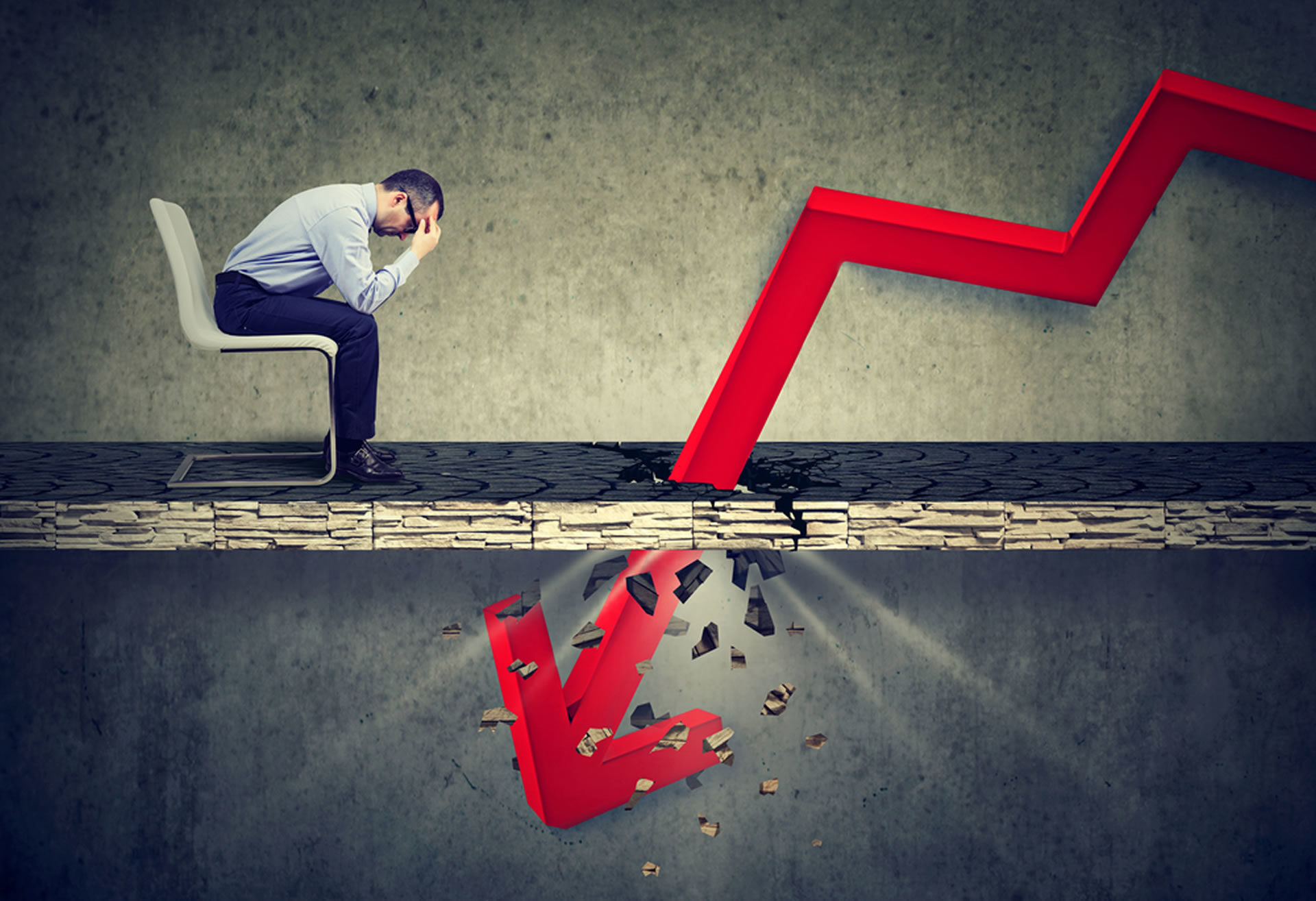 Total bitcoin and crypto market capitalization has plunged below $200 billion a few hours ago. It is the first time these low levels have been seen for over six months. Signals of a return to crypto winter are strong.

According to coinmarketcap.com total crypto market cap plunged to a low of $190 billion yesterday, a level not seen since early May. Bitcoin has led the rout but altcoins are in equal pain as many fall back towards the crypto winter lows. 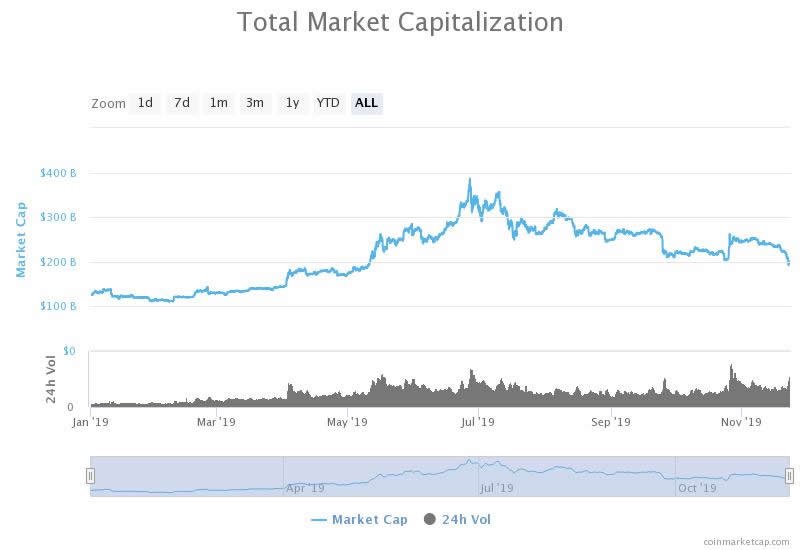 Markets have now dumped almost 50% since their 2019 peak in late June and more pain is yet to come. Late November 2018 was when markets dumped so hard that many predicted a total collapse. Déjà vu is being felt across the industry this week as the same is happening again one year on.

As usual, it is bitcoin causing all the pain as it repeatedly falls through support levels. The latest was $7k which was broke in late trading yesterday causing a plunge down to tap $6,800. BTC is currently on the edge of a price precipice with nothing but thin air below it all the way down to the mid $5k level.

Looking at the daily chart it appears that BTC has hit the bottom of its five-month downtrend and is currently at crucial levels, holding at [coin_price] at the time of writing. Trader and analyst Alex Krüger has been eyeing places to buy back in for those brave enough to dabble in a bear dominated market.

– this is a bear market, price action says so
– price set a local bottom today
– $8000 will trade again soon => short above
– good spots for longs: $6400/$6000
– high odds halving won't be bullish
– many miners will capitulate if hash growth continues unabated

The outlook is grim, especially if there is no halving to boost bitcoin has it has done previously. Institutional products that have entered the markets this year have not been enough to maintain the bullish momentum.

Mainstream media is already starting to spread the FUD as ‘bitcoin death’ comments start appearing again. The crash has been blamed on everything from a Chinese crackdown to Binance offices getting raided to a mining capitulation and resultant hash rate drop.

Looking at the longer-term charts shows that this has all happened before and it is just normal behavior for bitcoin.

Some people panicking about this -17% week.

It's just normal #bitcoin behavior. Note we are still up 2x YTD. And yes, S2F model is just fine, nothing out of the ordinary. https://t.co/eTL0ITnn27 pic.twitter.com/iPAkYGAA4d

So there is no need to panic just yet, we have been here before and came through it.

Will crypto markets dump back to winter levels? Add your comments below.