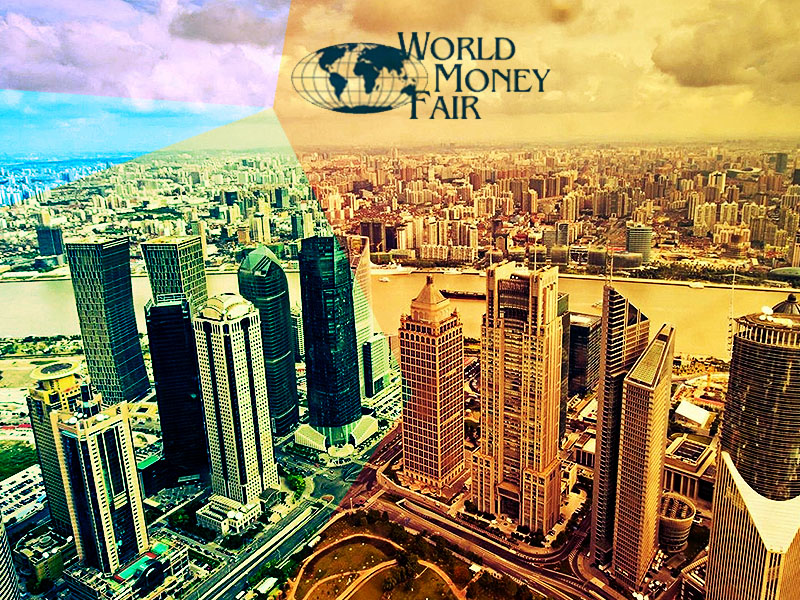 Bitcoin and The World Money Fair in Berlin

by Sergio Schout
in Bitcoin, Conferences and Meetings, Inside the conferences, Interviews, Knowledge Base, Markets and Prices, News, News teaser
0

January is typically a slow month in the business world, with the festivities quieting down during the transition into a new year. Thus, I was quite surprised when I was invited to the World Money Fair in Berlin. This fair is a conference on money and precious metal of all shapes and sizes, except for digital currency, unfortunately.

This conference was an ideal place where you could buy several things:

It was quite fun to attend the Fair, although I was unable to find any gold and silver bullion traders from the Bitcoin community. Nevertheless, it wasn’t long before I broached the subject of Bitcoin with some sellers of gold and silver bars.

I got the same responses I usually get when asking if a business accepts Bitcoin, or if they would consider doing so. Those responses range from: “Isn’t Bitcoin dead?” to “Yeah I’ve heard of it… isn’t it that MtGox thingy that went belly up?” After explaining the concept of Bitcoin, though, nearly everyone was interested in learning more about the digital currency. Even if they decide against accepting Bitcoin, I always consider spreading knowledge about Bitcoin a success.

After a while, I started asking questions about detection methods of fake gold and silver bars. We discussed the different possibilities; from x-rays, infrasound and handled scanning lasers to the less effective other methods.

Every precious metal purchaser and seller agreed that the amounts of fakes floating around are staggering. One lady we spoke to said that she had a customer that wanted to sell her gold bars. While checking the authenticity of the bar, they found out that 4 bars of the 10 were fakes an had tungsten, a material with nearly identical weight and density as gold.  The owner later found out that her customer sold the fake bars on an auction house for Bitcoin.

I love these kinds of conference because you never know who you might run into at these events. I was incredibly lucky to be introduced to Oswald Grübel, Ex-CEO of UBS and Credit Suise. This was a great opportunity to ask a highly professional CEO that worked all his life what he thought about the financial crisis, investments and about Bitcoin.

Concerning the financial crisis he said: “The financial crisis isn’t over yet. The current statuses of the central banks are not as safe as they portray.  This unstable situation is created by very risky practices of certain banks. This comes from the belief that the governments will rescue the banks no matter what.

There are a lot of examples of these practices during the recent bank crisis. Some banks could pay the loan or help package back within 1 year. Now remember it weren’t loans that are “just about 10 million euros or dollars”. Certain banks received a relief package sum near the billion dollar or euro mark. This means that banks had to continue their risky practices and in that time and place it paid off.  This generates an aura of immunity to crisis, or at least it is in the bank owner’s minds (not all banks but at least in some). It is business as usual at most banks (no, I will not name bank names that are thinking this way) with some slight modifications. This is an incredible risky poker game certain banks are playing.

So putting your hard earned money into the banks or in certain savings packages can be a risky thing. Anyone who wants to invest should invest in gold coins, since they are extremely hard to fake (especially the current ones, let’s say from after 1950’s and onward). They have a lot of built in safeguards and have certificates. I would recommend you start with gold coins, minted and bought from the government official minters. These gold coins are vetted by the government and regardless if the government falls, the guarantee and the testability of the coin will remain.

Gold bars are another investment option but you need to be careful. There are a lot of fakes out there and hell, I even got a small fake gold bar in my collection. I keep it as a reminder that you need to be wary at all times when buying gold bars, even if they are small.

The last investment option that I personally like is Bitcoin. It speaks to the current openness that is required. You have the blockchain, basically an open ledger, where transactions can be traced to certain accounts. Bitcoin is the next logical step in the development of our society, which is getting more digitally entangled by the day.

Our current dollars or euros, some like to call it fiat money, is already semi digital. This means that you have coins and paper money as well as the digital version of the currency. Bitcoin is an entirely digital currency, but can be used for everyday purchases. Of course you do have physical coins and such but they are more a collector’s item. I also bought some Bitcoins when just after the crash so we will see where Bitcoin will go but I think it will take off in a year, maybe two.

The World Money Fair was an excellent conference.  Next up for me is the Berlin conference.

What conferences are you excited to see next?