Another stacked week in sports and crypto: Steph Curry has “ape’d in.” More college athletes are finding name, image and likeness deals with crypto-first companies. A former Manchester United player has been accused of crypto laundering. It’s just another busy week in the sports corner of crypto. Let’s take a look at all the action over the past seven days.

FTX has been full speed ahead on sports sponsorship deals, and there’s apparently no reason to stop now. In an announcement this week, the emerging exchange has confirmed terms around a naming rights deal for Cal Memorial Stadium.

Our team with Bitcoinist sister publication, NewsBTC, covered the story in depth. FTX will have a sponsorship deal covering the rights for Cal University’s home field for Cal home games moving forward.

Sports deals continue to frequent the headlines for FTX. The exchange first took over naming rights for the Miami Heat, and has since partnered with Tom Brady and esports organization TSM. The exchange also sponsored Axie Infinity players in developing countries.

As our team here at Bitcoinist first reported earlier this week, former Manchester United midfielder Anderson is under investigation from Brazilian authorities for crypto money laundering. Anderson has been retired from professional sports life and has since been working as an assistant manager for a Turkish club.

While the investigation is still ongoing, it has been alleged that over $5MM was stolen from a major industrial firm. Those monies were then used to purchase cryptocurrencies across the globe.

Related Reading | Comparing Bitcoin And Crypto To The Internet In 1997

Steph Curry Is A Bored Ape

Steph is the latest ape. The two-time MVP shelled out a cool 55ETH – approximately $180K – this week to become a member of the Bored Ape Yacht Club. Apes have seen over $80M in trading volume over the past week. The current floor for an ape is just under 25 ETH, according to OpenSea.

Steph joins a growing crew of sports stars that are paying attention to major NFT projects.

Michigan quarterback Cade McNamara has signed a deal this week with MORE Management, LLC in a landmark agreement that will enable McNamara to be the first collegiate athlete to be paid in crypto in the modern NIL era.

McNamara will serve as a social media influencer and attend VIP events for the company. More manages it’s own token, $MORE, which a portion of McNamara’s payments will be made in.

Unreleased Kobe Bryant Photos Will Go Up For NFT Auction

Photographer Davis Factor is auctioning eight unpublished photos of Kobe Bryant on Cryptograph. All revenue from the auctions will be donated to the Mamba and Mambacita Foundation. All initial sales of the eight NFTs have garnered at least 3 ETH in bids. 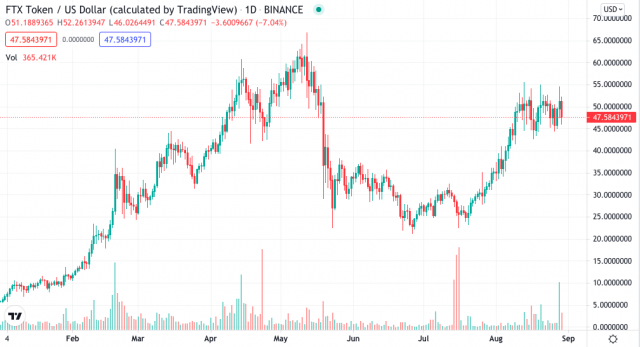 Naomi Osaka NFT Collection Up Next

In a report this week covering Dapper Labs new product offering, our team at Bitcoinist covered a high-level look at how NFTs can impact women in sport. Female athletes covered the top three spots on a new report from Zoomph, SportsPro and Greenfly that highlighted the most marketable athletes across the globe.

A new job listing this week from EA Sports has sparked some conversation. The gaming company is hiring a Senior Director of Competitive Gaming. The role cites that applicants should be ready to explore blockchain technology and NFTs.

NFTs are primed for integration with many annual EA titles, such as FIFA or Madden – will we see it on the horizon?

This week, Coinbase announced a partnership with German esports organization Berlin International Gaming (BIG). The move will give the exchange brand and content rights with BIG’s Counter Strike team, as well as community events and digital activations.