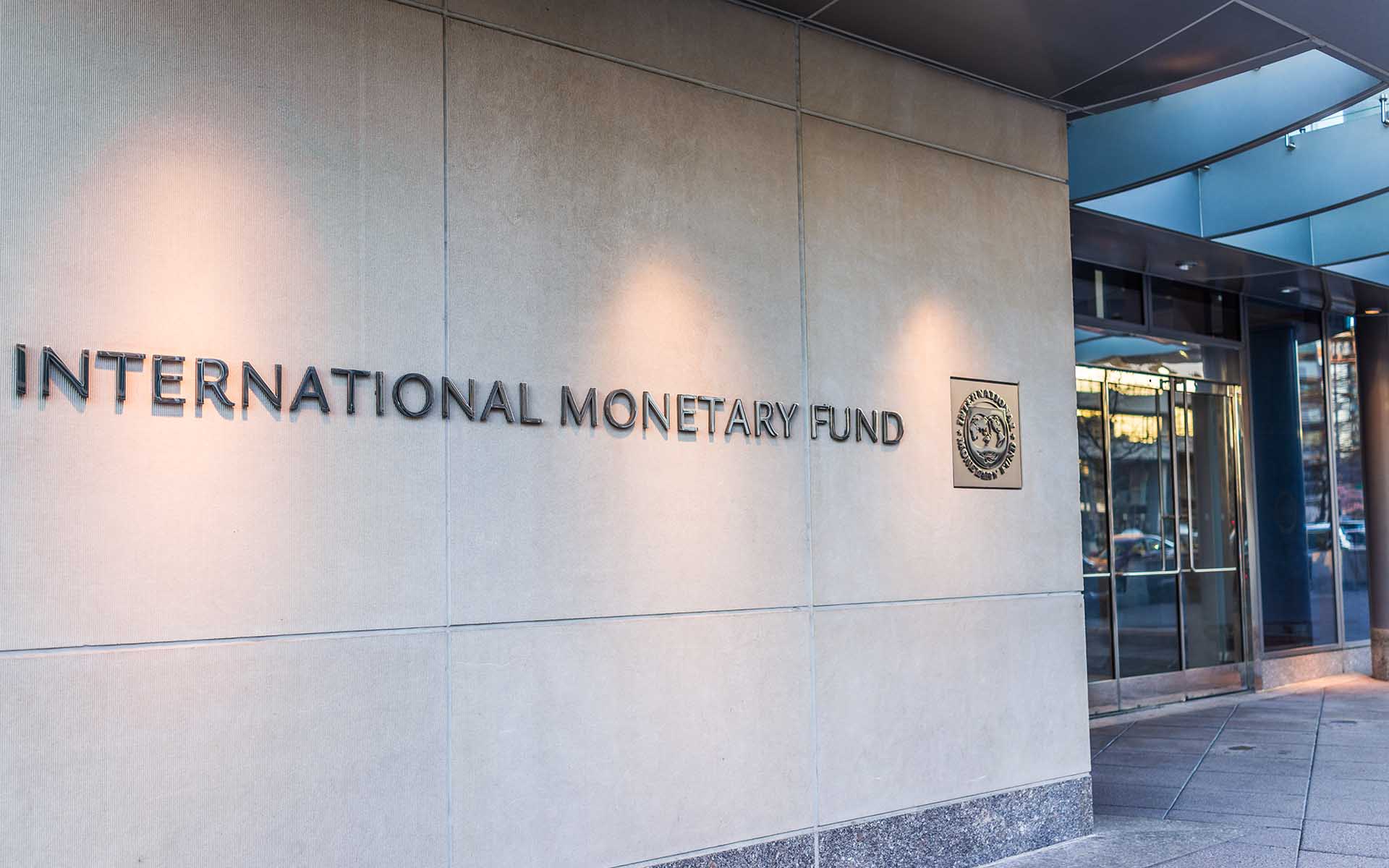 IMF Poll: Cryptocurrency Payments Will Be Mainstream By 2024

An ongoing poll by the IMF shows that more people believe that cryptocurrency will be the most popular payment means for lunch by 2024.

As at press time, more than half of the respondents say they would use cryptocurrency to pay for lunch in five-years’ time. Of the almost 26,000 votes cast, 56 percent chose cryptocurrency, while another 29 percent selected mobile phone payment. 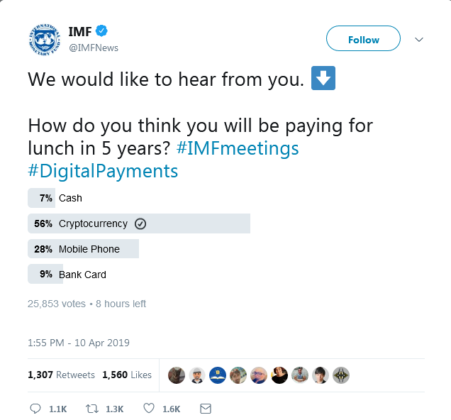 With the continued integration of cryptocurrency payments onto mobile platforms, perhaps some of those 29 percent could pivot to the crypto side. Meanwhile, cash and bank card payments so far have a combined total of 15 percent on the poll.

However, ongoing developments in the virtual currency payment arena mean that the options provided by the IMF aren’t necessarily mutually exclusive.

Case in point, Coinbase on Wednesday (April 10, 2019) announced the launch of their cryptocurrency Visa card. The card allows UK customers to spend Bitcoin, Ethereum, Litecoin, and other cryptocurrencies instantly at every Visa-accepting merchant, i.e. everywhere.

A portion of the company’s blog post announcing the launch reads:

Coinbase Card supports all crypto assets available to buy and sell on the Coinbase platform, meaning they can pay for a meal with bitcoin, or use ethereum to fund their train ticket home.

Cryptocurrency in many ways is an extension of the cashless trend that continues to take root across the world as consumers aim for greater retail payment convenience.

As previously reported by Bitcoinist, a Kaspersky Labs research showed that 13 percent of people across 22 countries have used Bitcoin (BTC) to make purchases.

According to Coinmap, there are more than 14,600 establishments that accept Bitcoin across the world. This figure takes into account cafes and restaurants.

According to a recently published research by DataLight, Bitcoin is already the preferred choice for large value cross-border transfer due to the fee structure. However, the report goes further to predict that Bitcoin will surpass Visa and Mastercard for micropayments within the next decade.

There are a few issues that could potentially emerge in the wake of such a trend. The first is the tax implications attached to making retail payments via Bitcoin given the spotty cryptocurrency taxation in many jurisdictions.

The revelation that the Bakkt lunch could see the arrival of “Bitcoin for Starbucks coffee” did bring up this particular consideration. If laws aren’t created write-off cryptocurrency microtransactions, then tax filing might become onerous for those who pay for lunch with BTC.

Another issue is the incentive for people to spend what is essentially a valuable investment for lunch and other micropayments. In Arnhem, for example, the place dubbed “world’s most Bitcoin-friendly city” has seen a gradual drop in the use of BTC for payments.

Will everyone be paying for lunch with cryptocurrency in 5 years? Share your thoughts below!